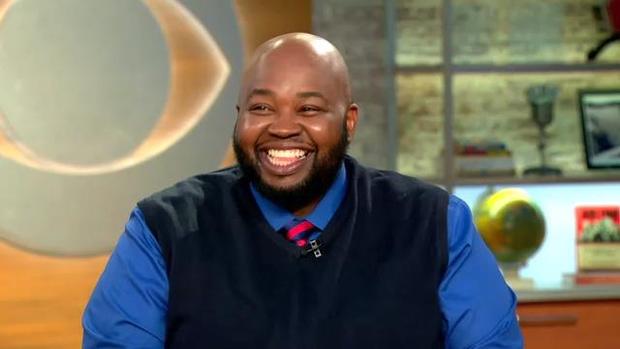 "CBS This Morning" is proud to reveal the 2019 National Teacher of the Year: Rodney Robinson.

Robinson teaches social studies and history at Virgie Binford Education Center, a school inside the Richmond Juvenile Detention Center. His lessons focus on helping his students become socially conscious citizens who make the most out of their second chance. Robinson stressed his students are just like any other teenagers.

"There's no difference," Robinson said Wednesday on "CBS This Morning." "They like cheesy, teenage stuff like 'Teen Wolf' and 'Hanna,' their favorite shows. But they just made mistakes and they're paying for mistakes."

"But America is a country of second chances and in order for them to achieve and get that second chance, they deserve a quality education like everybody else," he said.

Robinson said he was always taught to "pay it forward and bring it down to the next generation." He held lessons from his mother, who had five children and ran an in-home daycare, close to his heart.

"She always taught us that every child deserves the proper amount of love to get where he or she needs, and that was my first lesson in equity," he said. "And so I try to treat my students with whatever they need to be successful. Some need more, some need less. But I'm going to be there to give you what you need."

"When you create equitable culture in your classroom, the kids buy into it. And they understand that," he added. "As a matter of fact, my kids often help those that need more to ease my burden."

Virgie Binford Education Center principal Ta'Neshia Ford recruited Robinson to join her team. "He is so much more than just a teacher. He is a pillar of our community," Ford said. "He is the father … the big brother … the friend. He's all of that and more to our students."

Robinson's students have been accused of crimes from light offenses like skipping school to serious charges like murder. To encourage them, he covered the school with college banners and motivational quotes from the kids' heroes.

But Robinson has become something of a hero himself.

Over a decade ago, at Armstrong High School, Battle and Anderson were Robinson's students.

"I would say the biggest lesson he taught me was to always strive for excellence and to never slack," Anderson said.

Battle and Anderson are doing exactly that.

"You have a gem in the nation, you know, who's making a solid impact," Anderson said.

"No one has a bigger heart than Rodney Robinson," Ford said.

For Robinson, to be honored National Teacher of the Year is a "recognition of my students."

"My students are so amazing and their story doesn't get told. And so a lot of times, it's just a great opportunity to tell my students that sometimes a temporary setback could be what you need in order to succeed in life," Robinson said.

He'll be advocating for "economic and cultural equity" as teacher of the year. 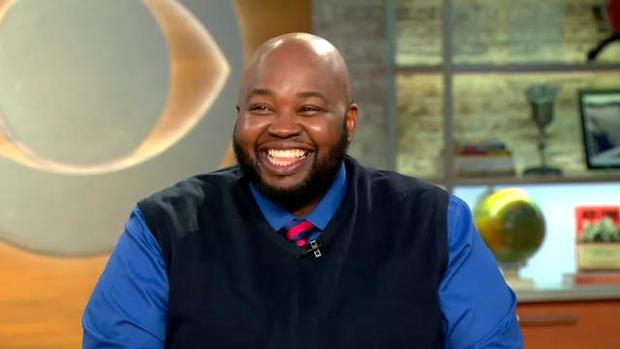 Bubba Wallace to race for Michael Jordan and Denny Hamlin