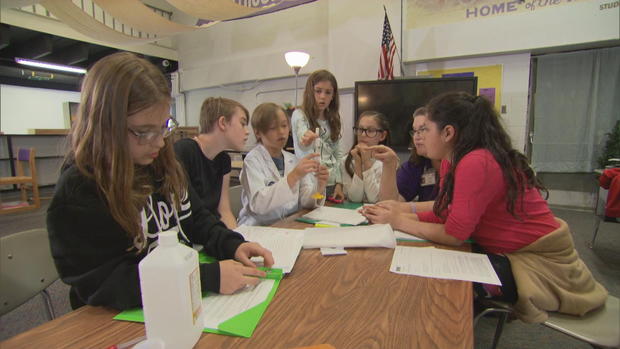 By Omar Villafranca CBS News April 22, 2019, 6:56 PM "Marfa Martians" beat out thousands of students to send their experiment to space

Marfa, Texas — The stars at night are big and bright in Marfa, Texas. Inspired by cosmos, Colette Fowlkes, Ashley Marquez, Charlotte Browning, Daniela Fernandez, Madison Cash and Mabel Melgaard — all 10 and 11-years-old — decided to aim for the stars and enter a nationwide science contest. Their team name is the "Marfa Martians."

If they won, their experiment would be performed on the International Space Station by real astronauts. But winning seemed like a long shot. More than 23,000 students were participating, many in high school.

"I was trying to prepare them for not going on because they are young, and they surprised me every single time we go on to a next step," said Cheri Aguero, their science teacher.

The girls even surprised themselves, trying to find a way to kill bacteria in space. The judges at the Smithsonian Air and Space Museum were impressed and picked the Marfa Martians' experiment to go to space.

"If you wanna do something and somebody says that you shouldn't do that don't let them pull you down, just do it," Fowlkes said.

The girls celebrated by piling into the back of a truck to catch a glimpse of their future, and watched from afar as the ISS flew by.

Despite being one of the youngest teams, from a tiny Texas town, the girls shot for the stars and landed on the International Space Station. 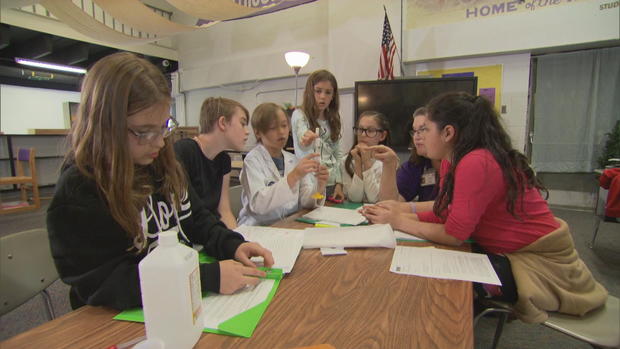