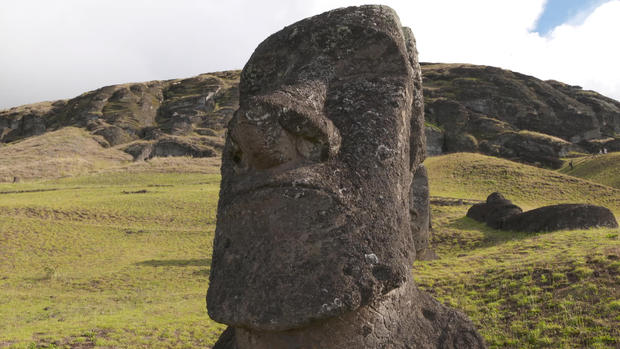 Why did people stop building statues on Easter Island?

Inhabitants of the remote island stopped building the famous statues, called moai, centuries ago. But why?

Easter Island's statues are famous. Towering stone figures against the island's green landscape, they've inspired replica statues in Japan and emojis on smartphones around the world. As correspondent Anderson Cooper reports this week on 60 Minutes, there are at least 1,000 moai scattered across the Pacific island, each of which represents an ancestor of the local population, the Rapa Nui.

Even though the Rapa Nui still believe the moai represent their family lines—and give off a mystical force called mana—they stopped building the statues centuries ago.

"Why did the Rapa Nui stop building the moai? That is a very good question," Cooper told 60 Minutes Overtime's Ann Silvio. "And it's not a question, I think, that there's any clear or one answer to."

Cooper and his producer, Keith Sharman, spoke with a local Rapa Nui historian to explore some of the theories.

Cristián Moreno Pakarati, who also trains tour guides on the island, explained that locals stopped making moai during a time of high deforestation. Without trees, islanders had to build specialized rock gardens, which kept the soil humid. The task required a lot of time and communal effort—effort that would otherwise have been used to transport the giant statues around the island.

Another potential reason the Rapa Nui stopped building moai was a rise in the Birdman cult. Living on an isolated island without large mammals or reptiles, Rapa Nui came to revere what animal they did see: birds. Over time, as Moreno Pakarati explained, birds became the medium through which the island's ancestors manifested to the people, rather than the stone moai.

"As the Birdman cult rose, and as there were stresses on the island and people had to start this rock-garden farming, they had less time to make moai," Cooper explained.

Today, the centuries-old statues are beginning to feel their age. Hundreds of years of sun, wind, and rain have battered the moai. Rainwater and airborne seeds seep into the pores of the stone, gradually breaking it apart. Birds and a type of algae called lichen have damaged the stone further.

Without new moai to replace the moai as they decay, the islanders are now trying to figure out how to preserve their statues.

"It's not just archaeologists," Cooper said. "It's also local people trying to preserve a way of life and a belief system that has great power for them." 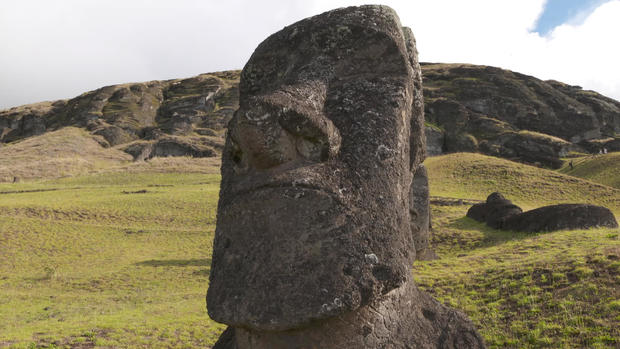 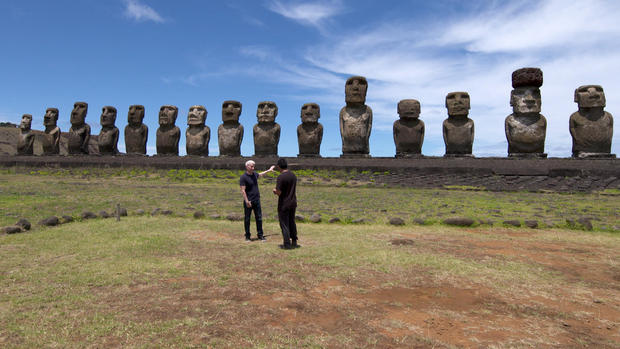 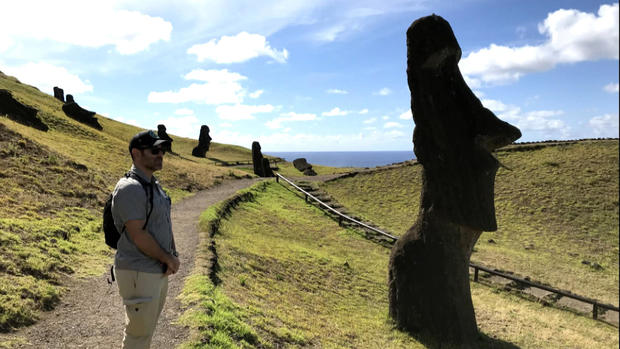 How will a Supreme Court vacancy shake up the 2020 race?