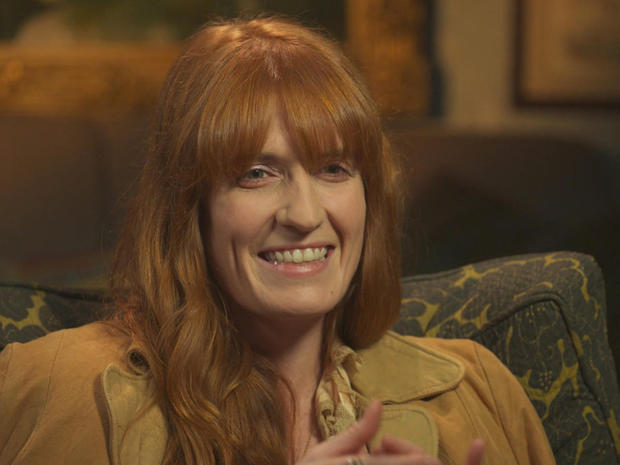 "When I go home,
I drive past the place where I was born,
and the places I used to drink…"
From "South London Forever"

In the song, "South London Forever," on her latest album, "High As Hope." Florence Welch relives her wild childhood, like the night she climbed up onto the grass roof of the Horniman Museum. "How did we get up there?" she asked herself. "I think we climbed up from the street."

The 32-year-old singer is still climbing. On stage, as front woman of Florence + The Machine, she's a flame-haired Valkyrie whose soul-shaking voice is her sword.

Her first three albums were all million-sellers internationally, and 2015's "How Big, How Blue, How Beautiful" hit #1 in the U.S.

"I'm never as sure as the songs seems to be," she said.

Correspondent Anthony Mason asked, "How do you feel when you're singing?"

"Really peaceful. It's really hard to explain it, but there's this sense of being held. And I always trusted that since I was really young – like the song was a safe place."

Welch still lives in South London, not far from her childhood home. "I was born in Camberwell, which is just a little bit over, like 20 minutes that way," she said. "South London is actually a really big place."

Even as a child she was always singing: "My Mom always used to find me in one of her nightgowns holding a glass of orange juice in a wine glass singing along to Billie Holliday and Nina Simone. I kind of understood then that whatever this was, it was going to involve alcohol and being sad, even at 10!"

When her debut album, "Lungs," was released in 2009, Welch was an immediate sensation. In 2011 she performed on the Oscars in 2011 (singing the nominated song "If I Rise") and the Grammys, " Singing "Think" in an Aretha Franklin tribute).

"The career was in itself like a tidal wave," Welch said. "It just came and I kind of was in it."

To keep herself afloat, Welch began depending more and more on alcohol. But she was skilled at hiding it: "I mean, people were just like, 'How are you doing that? You haven't been to bed in two days!' And I say, 'I know. I'm invincible.'"

"Well, you start to believe that, don't you?" asked Mason.

I can't help but pull the earth around me, to make my bed
And oh my love remind me, what was it that I did?
Did I drink too much?
Am I losing touch?
Did I build this ship to wreck?
From "Ship to Wreck"

The reckoning came in 2014, when Welch realized she had to quit: "I had to meet myself, with no one to pick up after me. I had to kind of sit with whatever chaos I caused."

"She was really scary!" she laughed.

"Were you worried about you?"

"I was actually, it was really painful. I mean for anyone who's done it, the year when you finally decide to stop, it's so hard because you're so confused."

As Welch faced down her demons, her lyrics became more revealing, even to herself, like the first lines in her new song, "Hunger":

At seventeen, I started to starve myself
I thought that love was a kind of emptiness
And at least I understood then the hunger I felt
And I didn't have to call it loneliness
We all have a hunger.

"Were you startled that it did?" Mason asked.

"I was startled by the line, 'I thought that love was a kind of emptiness.' Because I understood the first line, 'cause that was a fact."

"But it's not something you've written about before?"

"When you were looking at your 17-year-old self, what did you see?"

"There was a kind of war within my flesh that was going on."

"I didn't know how to be acceptable to myself," Welch replied. "One of the nicest things I think about having worked through some of that stuff, which takes time, is that you feel like the fight's over."

As liberating as it's been to write "Hunger," the greater triumph for Florence Welch is performing it.

She said, "To kind of stand there at your most vulnerable and have people singing along, it was so freeing!" 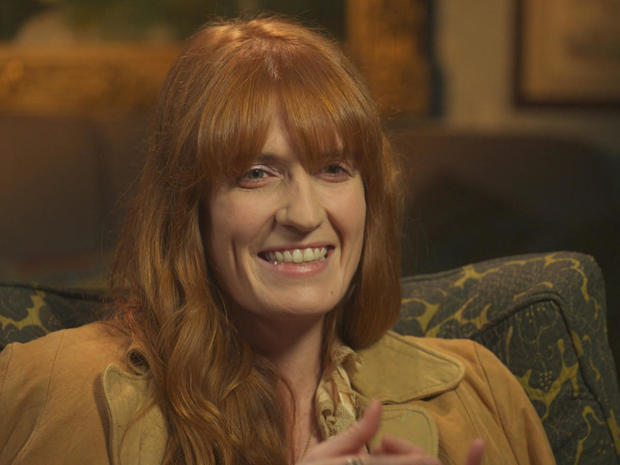 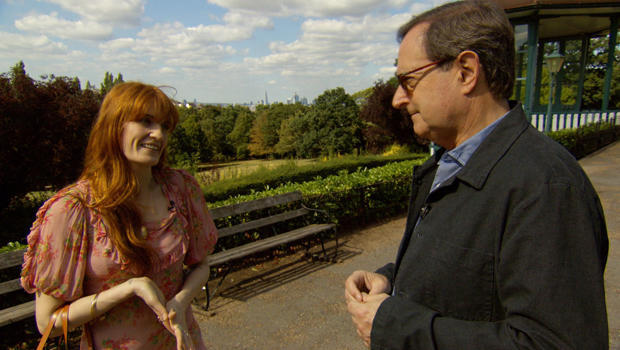 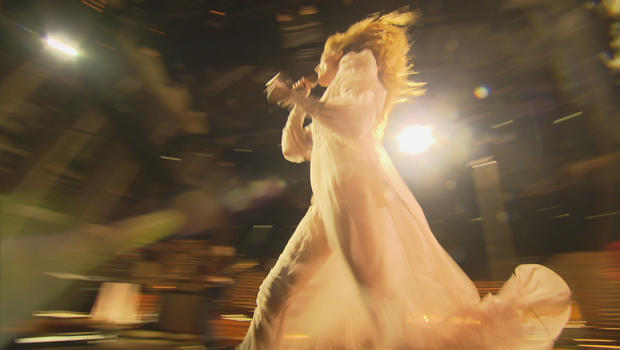 10 most uplifting moments from the month of March