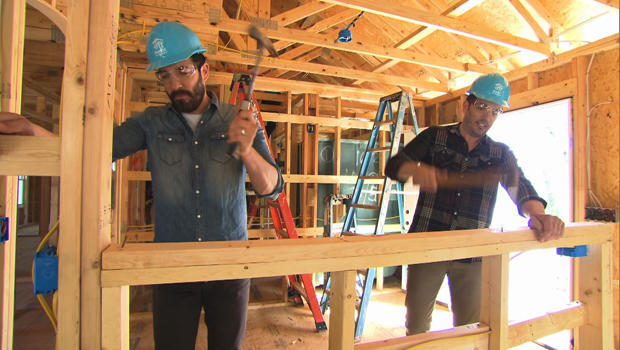 If you watch the television show "Property Brothers," Canadian twins Jonathan and Drew Scott are a familiar sight, as they work hard to fix up the home of someone's dreams. But at a construction site in Atlanta, the dreams are so much more than the perfect home renovation. It's a house they're building with Habitat for Humanity for an Atlanta mother of three, Krushetta Holt, who works in a medical office. She has never owned her own home.

"I finally get to say, 'This is mine. This is ours,'" she told correspondent Jan Crawford.

Since it was founded in Georgia in 1976, Habitat for Humanity has helped some 13 million people in nearly 1,400 communities around the world.

Working side-by-side with other volunteers, including the Scott twins, Holt says she's also setting an example for her kids.

Drew Scott said, "A lot of these families that Habitat works with, they never thought they would have a house that they could call their own. And so, for them to be able to see this path to achieving that goal, that means so much to us, because you're changing people's lives."

It's a hand up, not a hand out. Habitat homeowners like Holt pay their own mortgages and volunteer to help build other Habitat homes.

This month, Habitat for Humanity is kicking off its "Home Is the Key" campaign, raising awareness about the critical need for affordable housing in the U.S., where one in six families pay half or more of their income on their rent or mortgage.

The Property Brothers, as "Habitat Humanitarians," are joining others who have contributed to the organization over the years – including Garth Brooks, Trisha Yearwood and former President Jimmy Carter, who last year worked beside CBS News' John Dickerson.

Jonathan Scott said, "There is a difference – a house is just a collection of studs and windows and doors and things like that; but a home is [a] safe sanctuary."

For the Scotts, it's a continuation of a relationship. They've been working with Habitat since they were in their late teens, just starting out flipping houses.

Born in Canada, they now are a global brand, with a show broadcast in more than 160 countries. Drew is the realtor, helping families find and buy fixer-uppers; Jonathan does the heavy lifting to make the magic happen, while the family waits for the big reveal

"That's my favorite part of a 'Property Brothers' episode, is when we turn the keys over," said Jonathan. "And usually there is tears. Mine are because of sawdust in the air!"

But with Habitat, it's different. "There is something for me that feels special when you look around and you see all of these people who are giving up their time to help a complete stranger," said Jonathan.

The Holts' home will be finished by the end of the month. But today the brothers had a special reveal. Habitat flew in Krushetta's oldest son (who's in the Army, based in Hawaii) for a surprise visit, the first she has seen him in more than a year.

"I'm so numb. I don't even know what to say!" Krushetta said.

Habitat arranged for her oldest son to stay for a month to help the family finish building the home, and to be there when the Holts get those keys to move in. 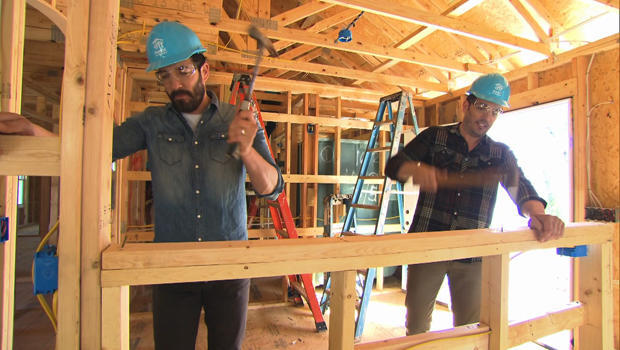 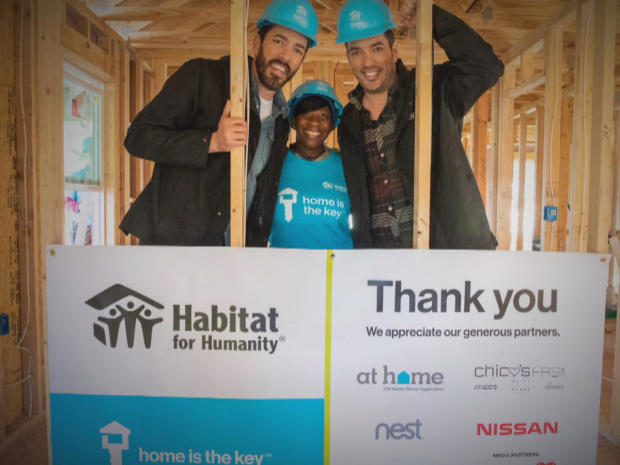 Viola Davis shares photo of plantation where she was born: “I...

Bull rider dies after being bucked off bull during Texas rodeo