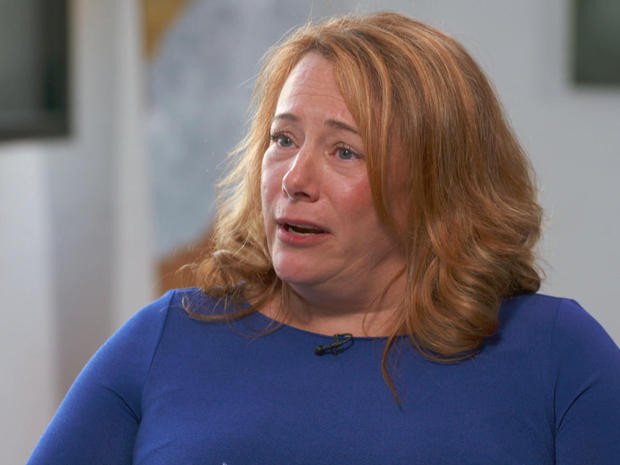 CBS News February 25, 2019, 7:32 AM Woman sexually assaulted by man given access to her hotel room: "All I thought about was surviving"

Cheri Marchionda's life forever changed on April 10, 2014, when – traveling alone for work – she was sexually assaulted when a man got access to her room at an Iowa Embassy Suites hotel. The assailant obtained a key to her room from the front desk without having to verify his identity, and entered her room in the middle of the night.

Marchionda told "CBS This Morning: Saturday" co-host Dana Jacobson she used to average a trip a week for work, taking the same precautions many do on the road, like using the safety bolt in her hotel room.

But on this particular trip to Des Moines, another hotel guest still found a way into her room where she had already gone to sleep for the night.

"The next thing I remember was someone touching my leg," Marchionda said. "And it startled me. I woke up thinking I was at home. So at first I'm like, rubbing my eyes. I'm like, 'Wait a minute. No, you're in this room, and then who is this guy?' And so, you know, in these seconds, you're trying to process, like, who is this person at the end of your bed? And that's when he said, 'You're not gonna scream rape.'

"He had something in his hand. Was it a knife, was it a gun, was it the remote control? I don't know. But at that moment, you're so scared because you don't know what's happening or what's gonna happen. I remember him trying to nestle his head in my neck. I remember him pulling my pajamas off."

He sexually assaulted and raped Marchionda for over two hours.

Dana Jacobson asked, "Did you try to scream, even though he had told you not to?"

"Yes, think you are, but nothing comes out. You think you're kicking, and your legs don't move. And the freezing part is the hardest part I think for me. Because it was, 'I'm this tough girl, and I've been traveling all along,' and you know, you think if it ever happens to you, you're gonna kick butt. And in that moment, you want to survive, and that's all I thought about, was surviving. Because I have these three beautiful children I wanted to go home to."

Marchionda is a single mom of three from Pennsylvania, and at the time, she was an executive at one of the largest frozen food manufacturers in the United States.

"I went out to the living area, and I saw, like, he was gone. So, then I relocked the door, and I moved the chair from the desk, and went right into the shower. It was, like, you're literally scrubbing your body as hard as you can. And at some point, I remember being so tired I just sat down and just cried in the tub."

Jacobson asked, "Did you think at all, 'I should call the police? I need to report this?'"

"No, I didn't even think," she replied. "I don't think you think in that instance."

Marchionda's attacker, Christopher Lapointe, was a regular guest at that Embassy Suites. She says he approached her at the hotel bar the night she checked in, and again the following night, hours before entering her room. She says he flirted with her, and in that second encounter described him as loud, obnoxious, and visibly drunk.

She says she tried to keep him at a distance, and eventually left the bar and returned to her room alone, putting on the extra safety lock, and went to bed.

Then, "My room phone rang. I pick up the phone, and that's when he said, 'Do you want to hang out?' And I recognized the voice from the last two days, and I said, 'No.' And that's when I said, 'How did you get this number?' And he said to me, 'I have friends.'"

Jacobson asked, "Were you nervous at this point, knowing that he knew what room you were in?"

"No, because I had the lock on. I mean, there was nothing to worry about. I mean, you know, you get into a room. That's your safe haven, no matter where you are, you know, no matter what kind of hotel it is. That's kind of your place."

According to court documents, not only did the front desk fail to perform a mandatory identity check, but when Lapointe first tried to enter her room, the security latch was in place. He then called the front desk to send up a maintenance man to disable the latch, again with no ID verification.

In December 2014, Lapointe pleaded guilty to sexual abuse, and was sentenced to 20 years in prison.

Jacobson asked, "Is that justice enough for you, him being behind bars?"

"No, not even close," Marchionda replied. "I wanted the people that gave him the key to be held accountable as well."

In 2015 Marchionda filed a civil suit against the companies that owned and managed the Embassy Suites hotel in Des Moines, alleging negligence and carelessness. This month they settled for an undisclosed amount.

Jacobson asked, "Where are things after this, five years later almost?"

"I'm on long-term disability now, which then eliminated my position at my company," Marchionda replied. "I would probably say for the first three years, I thought it was just me who was going through this. These last two years have been an eye opener for not only my children, but my brother, my dad, my mom, my cousins, my uncle. When you're kind of, like, that apple of somebody's eye, and you're working so hard in your career, and your uncle is so proud of you, to have to, you know, that he knows what happened to you. … At the end of the day he still looks at me like this broken person that he just wants to put his arm around you and protect you."

"It's not an easy story to tell. Why did you feel you needed to tell it?"

Atrium Hospitality, which owns that franchise of Embassy Suites in Des Moines, told "CBS This Morning" it is "focused on industry-leading safety practices to provide" for its guests. The company added that the terms of the settlement are confidential.

John Q. Hammons, which managed the hotel, has no comment. 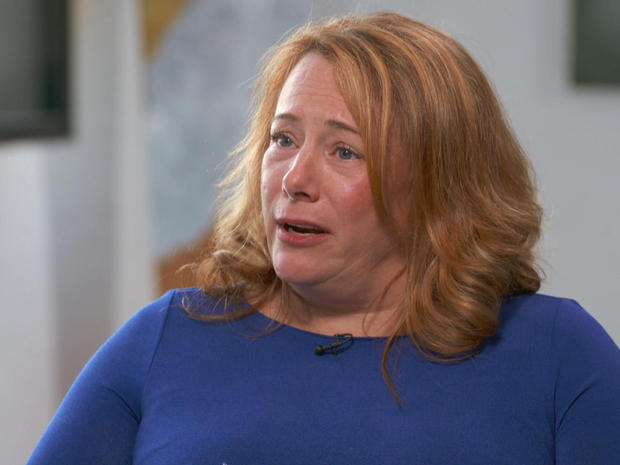 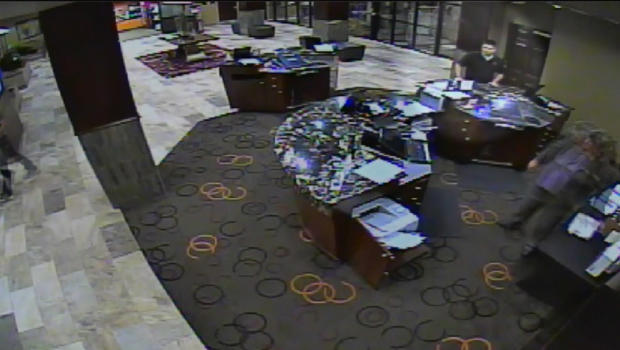 A look at the new AP curriculum for African American Studies