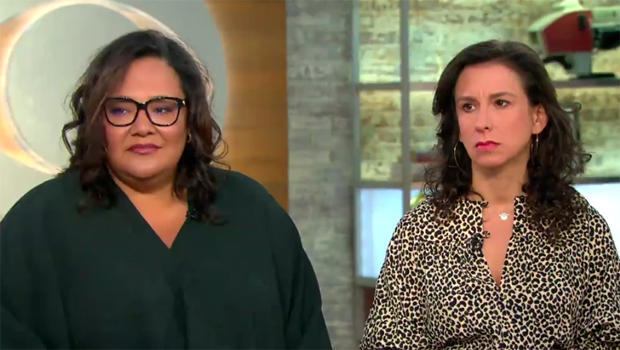 Kelly, who has denied the charges, appeared in a Chicago court for a hearing on Monday.

Dream Hampton, an executive producer of "Surviving R. Kelly," told "CBS This Morning" Monday she did not expect the singer to face charges. "I remember when I first talked to the other producers about what an ideal outcome would be, and I was thinking about 'Blackfish," that film that made people turn away from [Sea World]. And I thought that people kind of having all of the facts laid out would mean that they wouldn't be able to so vociferously kind of support him and talk about his innocence and/or have their heads in the sand about who he was.

"But no, I quite honestly didn't think we'd be here."

CBS News contributor Jodi Kantor, one of the New York Times' journalists whose reporting on Harvey Weinstein exposed the film producer and led to the #MeToo movement, said the power of "Surviving R. Kelly" comes from its completeness.

"It's an in-depth psychological profile," she said. "The number of victims interviewed is really stunning. There's a lot of context about the movie industry. And so I think, whether it's in a newspaper article or a documentary or a podcast, what matters is the strength of the reporting, the victims' voices, [and] in an era where the definition of truth is very challenged whether this comes across as something very authentic and believable."

In the months since the Weinstein story first broke, Kantor said more people coming forward with new information continues to fuel the movement. "Accountability leads to more accountability, because women are more willing to come forward when they believe that people are listening and that something may happen," Kantor said.

Co-host John Dickerson asked, "What you think has changed about those who came forward, who spoke for this documentary, but then who might speak going forward? There were a lot who didn't want to appear on camera because they were worried about what would happen."

"We had to interview so many women who corroborated off-camera but didn't want to come before the cameras – they knew they'd be doxxed, disbelieved, dragged on Twitter," Hampton said. "And that happened to all of the survivors that came forward and came on camera. So, we had a lot of women that we talked to, because he's been doing this for almost 30 years, who would corroborate details from the other women but wouldn't come on camera themselves.

"And then when [Cook County State's Attorney] Kim Foxx, then also a prosecutor in Atlanta, asked for more women to come forward, that happens. The floodgates open, and both of those prosecutors are getting those calls."

Kantor said a continuing problem has been the use of non-disclosure agreements (NDAs) that can keep secret any settlement between an abuser and a victim.

"You can't solve a problem that you can't see," Kantor said. "One of the many things that these two cases – R. Kelly and Weinstein – have in common is the use of secret settlements and NDAs to silence women. I want to throw a moral question out there that we have not solved as a society: Are we okay with confidential settlements for allegations of sexual abuse? If your sister experienced something really bad at work and then she was offered $300,000 to never speak with anybody again about it, should she take the money? On the one hand it might be her only form of recompense, but on the other hand, she would have to swear to never tell her own story, to never talk about something very important that happened to her, and she might be enabling an abuser by doing that. We have not had a discussion about that in society, and decided how we feel about it."

Co-host Bianna Golodryga said, "What's unfortunate at that is the burden should not be on the woman when it comes to these kinds of decisions."

"Well, what we see with settlements is, individually they can often make sense to a woman. They can feel like a best option. [But] collectively, they've been a problem," said Kantor. 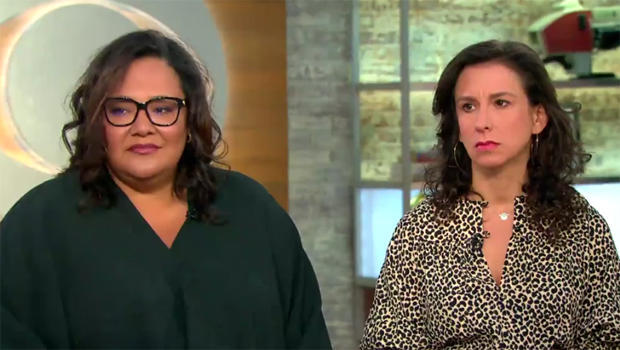 Some employers are still adding jobs. Here's who is hiring.