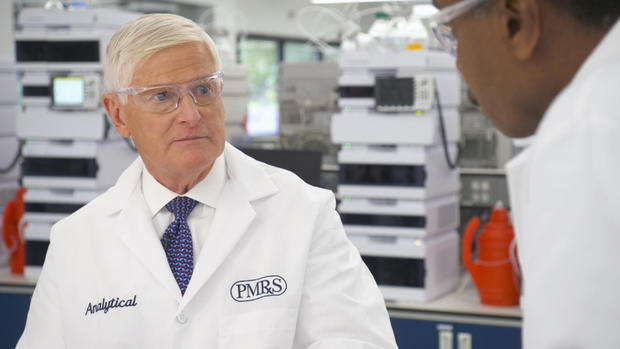 Did the FDA ignite the opioid epidemic?

We have reported on the causes and effects of the opioid epidemic for several years—interviewing government whistleblowers, doctors, and Americans who've grown dependent on the powerful pain pills. We have not had a high-ranking executive from the pharmaceutical industry sit before our cameras, until now. Tonight, Ed Thompson, a drug manufacturer who spent decades managing and producing opioids for Big Pharma, breaks ranks to denounce his industry and its federal regulator, the Food and Drug Administration, which he says opened the floodgates on the crisis with a few little changes to a label.

Ed Thompson: The root cause of this epidemic is the FDA's illegal approval of opioids for the treatment of chronic pain.

Ed Thompson: Without question, they start the fire.

Ed Thompson told us when the top selling opioid, Oxycontin, was first approved in 1995, it was based on science that only showed it safe and effective when used "short-term." But in 2001, pressured by Big Pharma and pain sufferers, the FDA made a fateful decision and, with no new science to back it up, expanded the use of Oxycontin to just about anyone with chronic ailments like arthritis and back pain.

Ed Thompson: So this is what a package insert looks like.

The FDA did it by simply changing a few words on the label, that lengthy insert no one ever reads. Today the label says the powerful pain pills are effective for "daily, around-the-clock, long-term… treatment." And that small label change made a big change in the way drug companies would market all opioids, allowing them to sell more and more pills at higher and higher doses.

Ed Thompson: A drug's label is the single most important document for that product. It determines whether somebody can make $10 million or a billion dollars.

Bill Whitaker: How so?

Ed Thompson: Because it allows you to then promote the drug based on the labeling.

Ed Thompson owns PMRS, a successful Pennsylvania pharmaceutical company that manufactures drugs for Big Pharma. It's made him a rich man. But now he's putting his livelihood at risk. He's doing what no other drug maker has ever done, he's suing the FDA in federal court to force it to follow the science and limit the opioid label to short term use.

"There are no studies on the safety or efficacy of opioids for long-term use."

Thompson is challenging the FDA to start with his newest opioid. It's Thompson's creative way to sabotage the system. He may lose money rolling out his new drug, but if he is successful, it would set a precedent. Other manufacturers would be forced to change their labels and limit their marketing.

Bill Whitaker: A decision going in your direction could pull down a multi-billion-dollar industry.

Ed Thompson: Correct. Probably somewhere between $7 and $10 billion a year would come off the market. We made a decision to stop selling snake oil to U.S. citizens in 1962.

Ed Thompson: Yes, sir. You're using high-dose, long-duration opioids when they've never been designed to do that. There's no evidence that they're effective. There's extreme evidence of harms and deaths when you use them.

Brandeis professor Dr. Andrew Kolodny is one of the country's most-recognized addiction specialists and has been an expert witness in litigation against Big Pharma, including Purdue, the maker of Oxycontin. He has been trying to get the FDA label changed since 2011 to make clear opioids are not for everyone.

Dr. Andrew Kolodny: These are essential medicines for easing suffering at the end of life and when used for a couple of days after major surgery or a serious accident. If you're taking them around the clock every day, quickly, you become tolerant to the pain-relieving effect. In order to continue getting pain relief, you'll need higher and higher doses. As the doses get higher, the treatment becomes more dangerous and the risk of death goes up.

To understand how this began we traveled to this small courthouse in Welch, West Virginia, where we uncovered the minutes of secret meetings in 2001 between Purdue Pharma and the FDA. The files were part of the state's lawsuit against Purdue for deceitful marketing.

60 Minutes got a court order to obtain these documents. They reveal it was at those secret meetings the FDA bowed to Purdue Pharma's demands to ignore the lack of scientific data, and changed the label to, "around the clock…for an extended period of time.''

Ed Thompson: I can't think of anything more harmful taking place that took place then. It opened the floodgates. It was the decision of no return for the FDA.

Purdue told us Oxycontin always was approved for long-term use. But an internal document shows the company was jubilant about the labeling change. Quote: "The action by the FDA…has created enormous opportunities" to expand the market. The drug company's ads soon extolled the virtues of Oxycontin's effectiveness and sales tripled.

Dr. David Kessler: It was a marketing tsunami. And the agency didn't catch it.

60 Minutes has called on former FDA commissioner David Kessler many times for his expertise on drug safety issues. He ran the FDA in the 1990s when Oxycontin was first approved, but he left before the labeling change. Today, he's been retained by cities and counties suing Big Pharma for the opioid crisis. After reviewing the documents we obtained, and checking on his own, he says changing the label to long-term use was a mistake.

Dr. David Kessler: There are no studies on the safety or efficacy of opioids for long-term use.

Bill Whitaker: But there's a law that says that a drug cannot be promoted as safe and effective unless it's proven to be safe and effective. But yet, with FDA sanction, these opioids are being used in that way that you say have not been proven.

Dr. David Kessler: That's correct. The rigorous kind of scientific evidence that the agency should be relying on is not there.

The label change was a blank check – one the drug industry cashed in for billions and billions of dollars. Now, Big Pharma had a green light to push opioids to tens of millions of new pain patients nationwide.

Bill Whitaker: Let me remind you of some of the words that you have used to describe the pharmaceutical industry, your industry.

Bill Whitaker: You are a drug executive. You manufacture drugs.

Bill Whitaker: Are you at fault in this epidemic in any way?

Ed Thompson: I wish I was smart enough to have seen this epidemic before– before I got three or four years into it. Absolutely. But once you find out that it's not correct, you have to do the right thing. Is there anything more important?

Emily Walden: My son wanted to fight for his country. His country failed him.

If there is one victim who confirmed for Ed Thompson that turning on his industry was the right thing to do, it was Emily Walden, who would become an unlikely ally. Thompson manufactured an opioid oxymorphone. The same drug that took the life of Walden's son TJ, a private in the Kentucky National Guard.

Emily Walden: He was getting ready to be deployed to Africa and a few weeks prior to that he went on a camping trip with a group of friends and a police officer knocked on my door the next morning telling me that he had passed away.

Tj had grown addicted to the drug and was easily able to get it without a prescription. Walden went to Washington, D.C. to ask the FDA why her community was being flooded with pain pills. It was there she met Ed Rhompson.

Bill Whitaker: What did you say to him?

Emily Walden: "You manufactured the drug that killed my son."

Bill Whitaker: He is now on your side.

Bill Whitaker: That just seems like an odd connection.

Emily Walden: It is. But Ed might be my only hope in getting this fixed. The FDA's responsibility is public health and the safety of drugs, and they're not doing their job. They haven't been doing their job for 20 years.

Dr. Andrew Kolodny agrees. The Brandeis addiction specialist began his own investigation into why the FDA would approve the long-term use of opioids when there was no credible science to back it up.

Bill Whitaker: What did you find?

Dr. Andrew Kolodny: We found out that a group of experts and FDA and pharmaceutical companies were having private meetings and at these meetings, changing the rules for how opioids get approved.

He filed Freedom of Information Act Requests. In email after email between the FDA, Big Pharma and consultants, he learned of closed-door meetings at luxury hotels, like this Four Seasons in Washington, DC, where for $35,000 a piece, drug makers paid consultants to, "sit at a small table with the FDA," "hobnobbing with the regulators." Emails show one participant worrying it might be seen as "pay to play."

Dr. Andrew Kolodny: They had drugs in their pipeline, pain medicines that they wanted approved. And through these meetings, they were able to get those products on the market.

Dr. Andrew Kolodny: It is unethical.

Bill Whitaker: If not illegal

Dr. Andrew Kolodny: If it's not illegal, it should be illegal.

Equally suspicious but legal, the large number of key FDA regulators who went through the revolving door to jobs with drug manufacturers. The two medical officers, who originally approved Oxycontin, Curtis Wright and Douglas Kramer, went to work for the opioid maker, Purdue Pharma, not long after leaving the FDA.

Dr. Andrew Kolodny: The culture at FDA continues to be much too cozy with the industry it's supposed to be regulating.

The agency bills drug companies more than $800 million a year in fees and depends on that industry money to pay the salaries of staffers who not only changed the opioid label, but also review new drugs like Dsuvia, the most powerful opioid pill ever approved.

Bill Whitaker: Just a few weeks ago the FDA approved a new opioid that is 1,000 times more powerful than morphine. And this is in the middle of this opioid epidemic. How is that possible?

Bill Whitaker: Isn't the FDA supposed to be our watchdogs to protect us?

Dr. David Kessler: How many people do you think were working in a division that oversaw promotion or when this epidemic started to occur?

Bill Whitaker: I have no idea.

Bill Whitaker: When I'm looking at the carnage in American towns and cities, that just doesn't seem like a good excuse to me.

Dr. David Kessler: It's not an excuse. It's the reality. You have a system of pharmaceutical promotion that changed the way medicine practiced and no one, all right, stopped it.

Current FDA commissioner Dr. Scott Gottlieb declined our request for an interview but, in a statement said, "the FDA has taken aggressive steps to confront the crisis," but he admitted "many mistakes were made along the way… While the agency followed the law in approving and regulating opioids, we at the FDA include ourselves among those who should have acted sooner."

Bill Whitaker: You say they have to do things to fix the label. The label has been in place since 2001. I– I'm not a scientist, but that doesn't seem like that's that hard to do.

Dr. David Kessler: And it needs to be done.

Ed Thompson: We got a real problem here.

Ed Thompson isn't waiting. He has now joined a growing movement of doctors, lawyers, and patient activists who want Big Pharma to kick its addiction to opioid profits. That's why he made the decision to take on his industry and the FDA.

Bill Whitaker: If you succeed, you could pull down a multibillion-dollar industry.

Ed Thompson: And if I fail, you're gonna have ever-increasing deaths every day as well. It's a pretty good decision, isn't it? 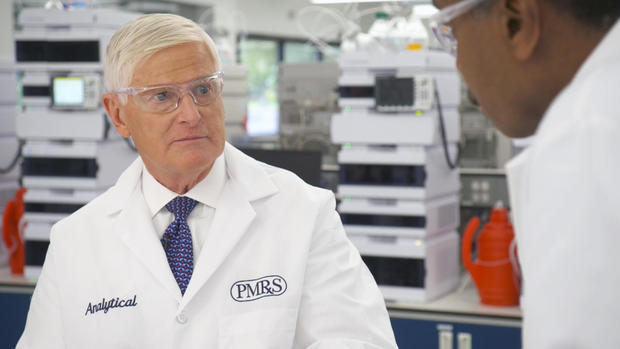 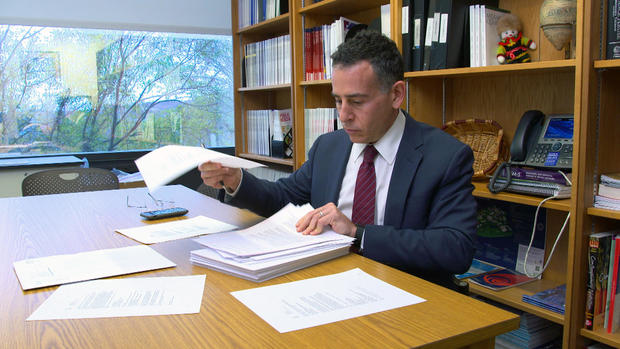 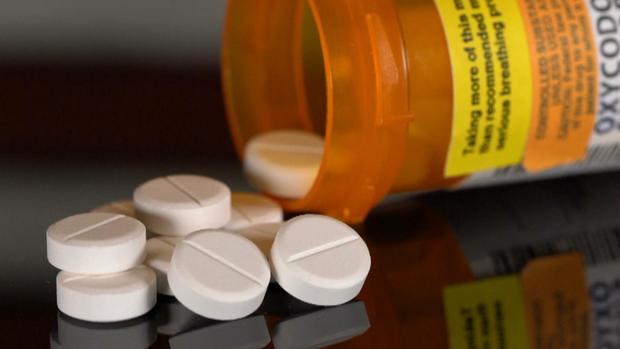