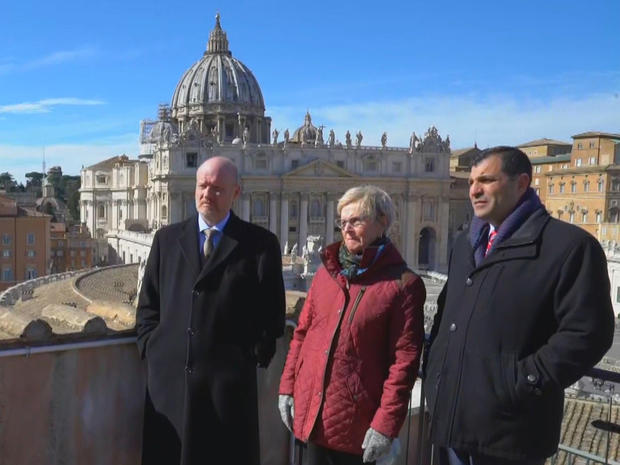 CBS News February 25, 2019, 8:59 AM Abuse survivor's message to Pope Francis: "Clean up your church, get rid of the pedophiles"

Three clergy abuse survivors all want to know why the Catholic Church still has not laid out concrete steps to stop child sex abuse. "CBS This Morning" has followed their fight for justice since last year, all the way from the U.S. to Rome, where they attended a summit with church leaders and called for a zero-tolerance policy for abuse.

On Sunday Pope Francis addressed the crowd in St. Peter's Square, promising to confront abusers with "the wrath of God," end the cover-ups by church officials, and prioritize the victims of what he termed "brazen, aggressive and destructive evil."

But the survivors told CBS News correspondent Nikki Battiste they all want to know why the Catholic Church still has not laid out concrete steps to stop child sex abuse.

Battiste asked them how they're feeling after the pope's speech.

Mary Dispenza, a former nun, said, "I don't think our children are any safer now than four days ago, by what I heard."

"What's one word you would use to describe how this summit went?"

Shaun Dougherty, who was molested by a teacher at a Catholic grade school when he was 10, said, "Shortfall."

Meanwhile, Pennsylvania State Legislator Mark Rozzi, who said his priest raped him when he was 13 years old, characterized it as "a start."

Battiste asked, "What would you say to survivors and victims listening who might be disappointed by this summit?"

"Don't give up," said Dougherty.

Dispenza added, "It's a long journey."

Rozzi said, "Stay united. And we will get this done and to protect all children of the world."

When asked if he think bishops who have covered up abuse will be held more accountable by the pope, Dispenza replied, "I don't."

"I would like to say that it's a start, but unless he starts removing bishops who egregiously covered up these crimes, he's not leading by example," Rozzi said.

Dougherty said, "I haven't heard any plan. That was a recognition of what we already knew. It seems like the church finally gets it. Now that you do understand that this is happening and you've said your bishops are comparable – where's the next step? Where is the action plan?"

Battiste asked, "Is there any positive in the fact that we're here, that the church is having a conversation about child sex abuse that it hasn't in the past?

Dispenza said, "It has started a conversation that should have been started a long time ago. I would say, 'Francis, this is the moment, this is your time. Clean up your church. Get rid of the pedophiles. Do it and do it now." 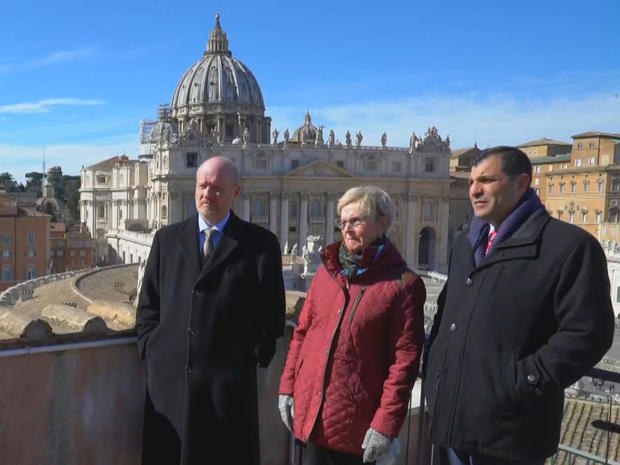 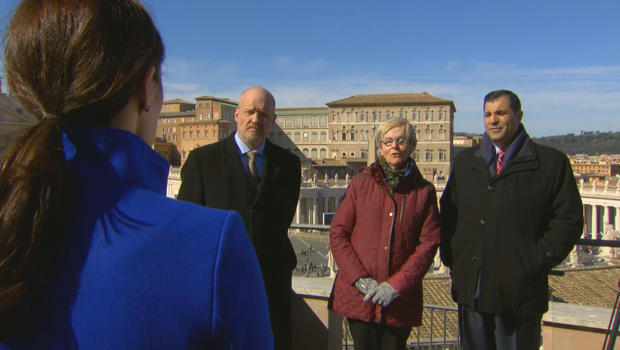 The Secret Service analyzed 173 mass casualty attacks. Here's what they...

Is AI bot ChatGPT coming for your job?