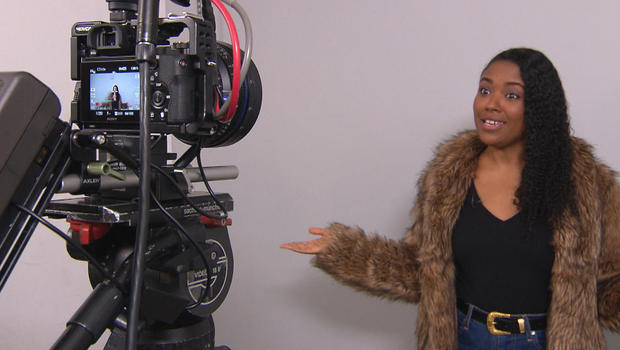 In Hollywood, you never know when the next Oscar-winner will show up. And while Marilyn Monroe never took home an Academy Award, someone who appeared in the chorus line of the musical number "Diamonds Are a Girl's Best Friend," in "Gentlemen Prefer Blondes," did.

George Chakiris was a dancer, a kid from Ohio who used his feet to break into the movies. He later went to London to appear in the hit musical "West Side Story," when the rumors started flying about a film version. "I remember one of the things we heard was that people being considered for the movie were Elizabeth Taylor and Elvis Presley," Chakiris said. "So we thought, 'Okay, they're using big stars.' But one day,five of us got letters from United Artists asking us to do tests.

"It was a fantastic day, you know? We were doing our tests with a camera and a director. I mean, it was just, you know, wow!"

It was "wow," all right: After a screen test, Chakiris was cast as the Puerto Rican gang leader Bernardo, acting and dancing in some of the most spectacular and strenuous scenes ever filmed.

Correspondent Tracy Smith asked, "Did you feel yourself giving it your all? How taxing was it?"

"It never felt taxing," he replied. "It just felt good."

Good enough, we now know, for an Academy Award. And if the Oscars are the top of the mountain, you might say the foothills are the casting offices that are a would-be movie star's first stop.

Casting directors Amanda Lenker Doyle and Chrissy Fiorilli-Ellington have spent years looking for that perfect face in the crowd, and they want to see a lot more of those faces today. Beyond movies and broadcast TV, there are streaming platforms (from Netflix to YouTube Originals), and they all need actors.

Smith asked, "So it sounds, in a way, like the chances of breaking into Hollywood are better today than maybe they've ever been?"

"They are, yeah," said Doyle. "'Cause there's just a lot of work. And so there's more opportunities for a lot of people."

TV news cameras are not usually allowed in an actual casting session, but they agreed to show us how it's done. We were introduced to several people being interviewed who have been in L.A. for years working other jobs, like bartending, but who dream of a life as an actor.

"I've been acting for about, I'd say, well, 12 years," said Eric Martig, who pays the bills by bartending.

Tom Myers has pursued acting for almost 20 years. And Fayna Sanchez? "Quite a long time!"

Sabrina Revelle's dream is to be a "working actor, but also to eventually produce and direct."

In fact, the dream for most actors we met is not stardom, but just working.

And as you'd expect, the aspiring stars show up, sign in, and do their best for the casting director.

It was much the same in Marlon Brando's day, but back then they needed a whole studio to see how an actor looked on film.

Now, any video camera will do.

Still, the process of putting yourself out there is as tough as it ever was, though maybe not quite as brutal as you might see in the movies, as what Emma Stone's character experienced on her big audition day: a dismissive nod "good-bye."

The real casting pros say, no way. The scene in "La La Land," Doyle says, is "not funny anymore, 'cause we're not mean. We're really nice. And we want to create a really safe space for everybody."

And the key word today is everybody. According to the USC Annenberg's Inclusion Initiative, lead characters in last year's feature films were more diverse than ever … with a long way still to go.

But beyond talent and training and a thousand other things, it often comes down to that mysterious quality commonly known as the "It Factor."

Terrence Howard had "it," says longtime casting director Kimberly Hardin: "I did 'Hustle and Flow' with him, and then he just skyrocketed from there."

"I know the 'It Factor' is hard to narrow down, but you know there are people out there saying, 'Well, how do I get that?'"

"You know what it is? It's a combination of being sure of yourself, I think. Maybe that's what it is – a self-confidence without being egotistical," Hardin said.

And sometimes the casting choice is so obvious it can bring you to tears. Remember Henry Thomas from "E.T.: The Extra-Terrestrial"?

Veteran casting director Marci Liroff was part of a team that cast Thomas as Elliott. She told Smith she knew he was the one during his audition for the Steven Spielberg science fiction film. "I absolutely knew. And it is, to this day, hands down, the best audition that I've ever been in," she said.

This is his screen test: an improv for director Steven Spielberg.

Liroff said, "And when Henry started crying, we all started weeping. And we're standing behind the camera going like this [mimes tears gushing]. And it was so emotional."

Spielberg's reaction is heard at the end: "OK, kid, you got the job."

"He was obviously the perfect person for the role," Liroff said.

Smith asked, "How often does that magic moment happen?"

"Not very often," she laughed.

Now, "West Side Story" is being remade, and this time the producers are looking to cast Latin actors for the Latin parts.

The original film did not feature all Puerto Rican actors – certainly not George Chakiris. "No, I'm Greek," he said.

Still, Chakiris is grateful he ever got the chance.

Smith asked, "If you could boil it down, what do you think was the key for you for breaking into Hollywood, for making it in pictures?"

"Well, I was lucky enough to be in 'West Side Story,'" Chakiris replied. "Who knows what would've happened, you know, if there had never been a 'West Side Story'? I would've still been trying to fulfill my dream. But that doesn't mean it would have happened."

After all, as Chakiris was reminded when he saw a group of teenagers perform recently, maybe the real "It factor" is luck.

Recounting watching a drama school graduation performance of the musical "Little Me" in London, he said, "Everyone in that cast was so wonderful, and I remember thinking to myself, 'Who in this group is gonna get lucky?' 'Cause you have to get lucky, too!" 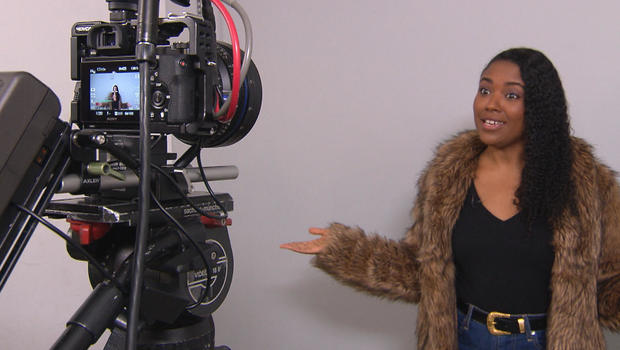 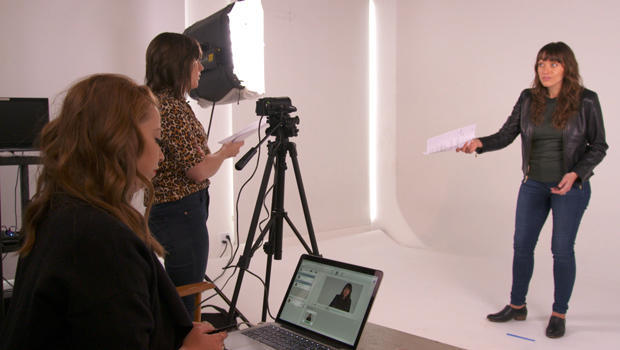