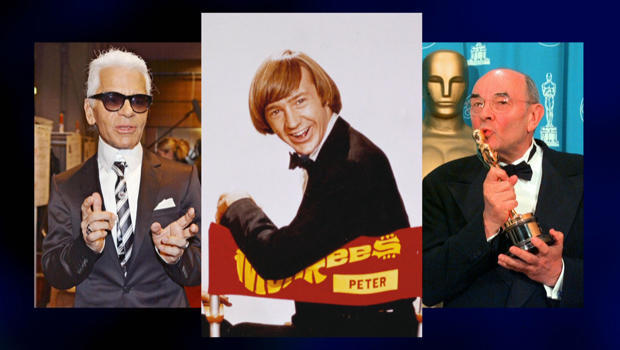 It happened this past week … the loss of three showmen in very different worlds.


Karl Lagerfeld was a giant in fashion, chosen in 1983 to update the legendary house of Coco Chanel, as he once recalled for our Rita Braver:

"Chanel was something dowdy for middle-aged women who had no sense for fashion or not the bodies to wear it," he said.

Lagerfeld turned Chanel's sagging fortunes around, and he remained its creative director until his death in Paris this past Tuesday.

Always quotable, he once observed that "Sweatpants are a sign of defeat."

Karl Lagerfeld was widely believed to be 85.


Peter Tork was a struggling club musician when he won a spot on "The Monkees" TV show, which premiered in 1966.

Tork joined co-stars Micky Dolenz, Mike Nesmith, and the late Davy Jones as members of a quirky rock band. But there was nothing funny about Tork's reaction to the producers' reliance on studio musicians for The Monkees' early records. As he told "Sunday Morning" correspondent Anthony Mason in 2016:

"I was mortified. And they were doing 'Clarksville,' and I wrote a counterpoint – I had studied music – and I brought it to them, and they said, 'No, no. You don't understand. This is the record. It's all done. We don't need you.'"

But by their third album, The Monkees were performing almost all their own music … and even after the show went off the air in 1968, The Monkees occasionally reunited for tours.

And we learned this Oscar weekend of the death of Stanley Donen, the co-director of "Singin' in the Rain," among others.

An accomplished song-and-dance man, Donen accepted an honorary Oscar in 1998 as only he could: dancing "Cheek to Cheek" with his statuette. 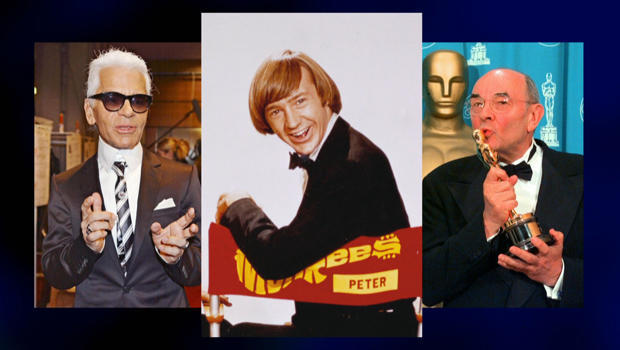