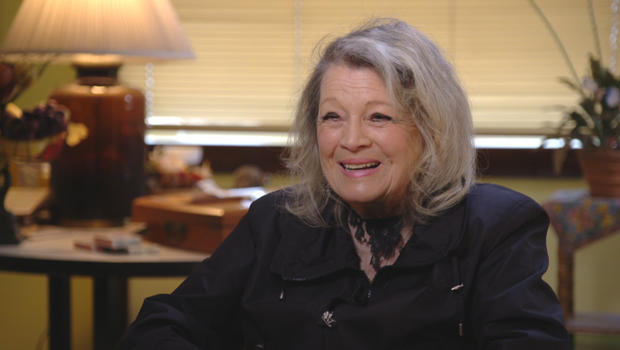 So, if Angie Dickinson were a critic doing a review of her life so far, what would you say? "Oh my God, that's one lucky bitch!" Dickinson laughed.

Well, it's not exactly luck that's had Dickinson turning heads during a film and TV career that's doubled as a half-century-long master class in the art of seduction.

She admitted to correspondent Mo Rocca that she enjoyed being a sex symbol very much but "I wouldn't want to be known only as a sex symbol. I wanted to be known as an actress, equally or, even more so. Like Marilyn Monroe. She was known as the greatest – rightly rightly so – sex symbol of all time, Boy, try to do Shakespeare after that!"

Dickinson was always more down to Earth, rough-and-tumble than Marilyn, willing to go mano-a-mano with a tough guy like Lee Marvin in "Point Blank."

Rocca asked, "Do you consider yourself more of a broad, a dame, or a gal?"

She was born Angie Brown in September 1931 – yes, she's 87 – in Kulm, North Dakota. Population: around 740. "I grew up going to movies," she said. "My daddy was the projectionist, so we got in for free. And I loved movies. [The theater] burned down, and we cried for a week. I decided to give up movies for Lent since the movie theater burned down!"

"That was your penance?"

"Oh, you're bringing back so many memories that I don't think about normally."

After the family moved to California, Angie found work as a secretary, and competed in beauty pageants, which led to a spot on "The Colgate Comedy Hour."

"Jimmy Durante was singing with Frank Sinatra. That was it," she said. "I said: 'This is for me!'"

She appeared in a bunch of TV westerns, then in 1959 starred in "Rio Bravo" opposite her childhood hero, John Wayne. "My parents were Democrats, and I was a Democrat. And John Wayne was a Republican," she said.

"Did you have some trepidation before you met him then?" Rocca asked.

"I had trepidation about getting too close to him and ending up discussing politics. And I was afraid that I would get to like him, and that would be a problem!"

Stunt men taught Dickinson to play poker decades ago, and she's still playing. "I played for 35 years with the Gershwins," she said.

But Sinatra's late-night lifestyle wasn't for her. "And he said, 'You know, I'm not going to marry an actress.' And I said, 'Well, I don't blame you. I wouldn't wish that on anybody.'

There have long been rumors that Dickinson and President John F. Kennedy had an affair, rumors she's consistently denied. "There was no reason or no grounds for thinking that I was seeing him, and I wasn't," she said.

"Then can I just ask: did he ever put the moves on you?"

But in 1964, a future president, Ronald Reagan, did slap Dickinson across the face in the movie "The Killers," which also starred John Cassavettes.

Rocca said, "Your chemistry with him in that movie …"

"Yeah, we liked each other, I must say," said Dickinson.

"Do you mean that you liked each other just workin' with each other or that there was more?"

"No, we liked each other as man and woman, and as actors, not romance."

"It's something in-between, right?"

"It's not falling into bed with each other? But it's more than just, 'I like working with you.'"

"No, it's much closer than that. You know, really, really like each other. Like, if things were different, we'd go out."

"Yeah. It happens on movie sets. You know, attractive people …"

In 1965 Dickinson married one of the country's most successful songwriters, Burt Bacharach. What made her fall for him? "Well, that's very hard to summarize," she said. "He was so different."

They separated in 1976. She said it was not a happy period. "He should never have been married," she said.

In his autobiography, Bacharach fessed up to his infidelity. Dickinson said, "He never loved me, I can tell you that right now, the way one loves. He loved in his own way, which is not too good. And so, he had no respect for me."

Rocca asked, "Is it true that there was a surge in applications from women to join the police force?"

"Yes, there was a surge. And a lot of fan letters with that – I became a cop because of you."

Dickinson became almost as well-known for her appearances on "The Tonight Show." Her chemistry with Johnny Carson was undeniable. She admits they did date. When asked who broke it off, Dickinson replied, "Things happen."

Angie Dickinson has always been frank in her opinions about sexual matters, including the topic that has roiled Hollywood for the past two years. When asked what she thinks of the #MeToo movement, she said, "I hate it. It's all out of proportion, like my [poker] hand. I say: an open robe is not a rape. Listen, I'm sure men misbehaved. But I wasn't there."

Dickinson lives alone now in Beverly Hills. Her daughter, Nikki, from her marriage to Bacharach, died in 2007. "She was very smart and funny and wonderful. Yeah, so all my memories of her are my best memories," Dickinson said.

"If she hit me, she would hit me out of frustration, of not being able to cope with whatever it was, was her problem. She had no coping skills. So, she just took her life. She couldn't take it anymore."

"She was a wonderful, wonderful gift," said Dickinson.

Studying their view overlooking Beverly Hills, Rocca asked Dickinson, "What do you think about when you look out here?" 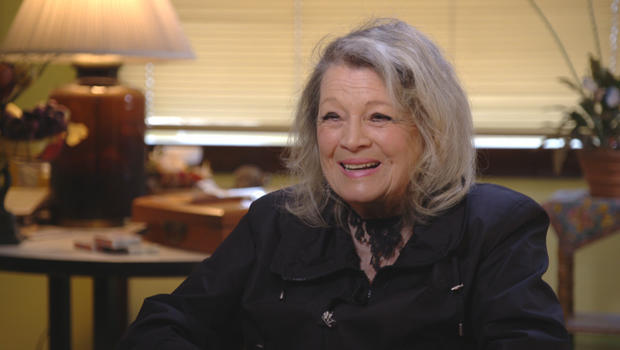 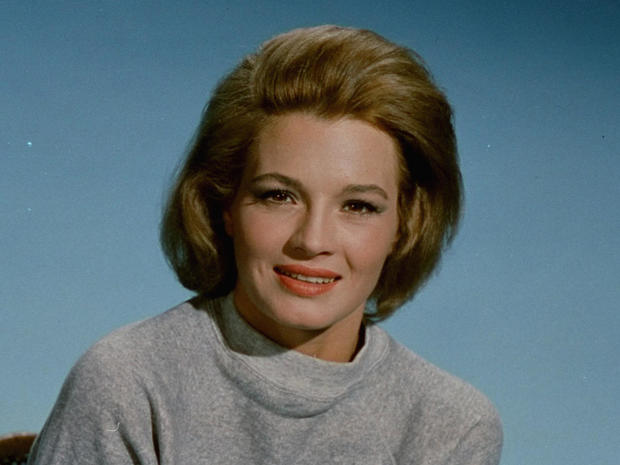 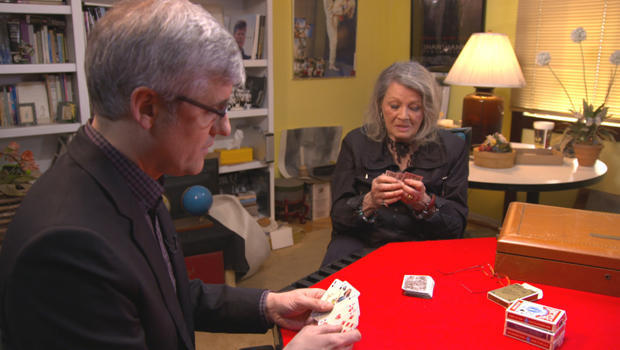 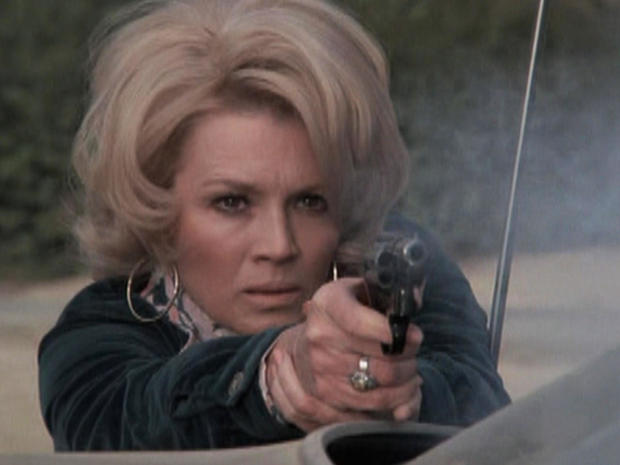 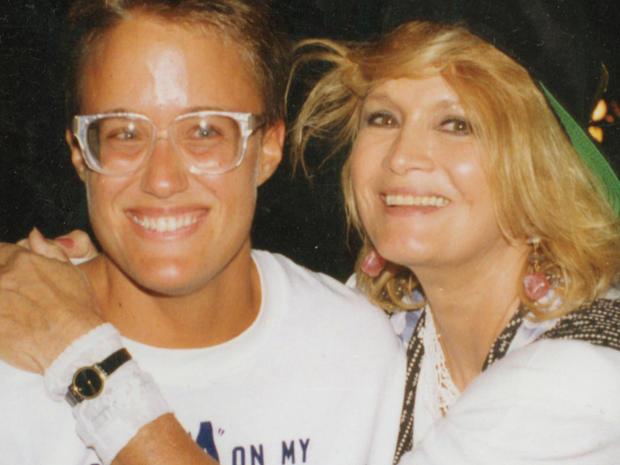 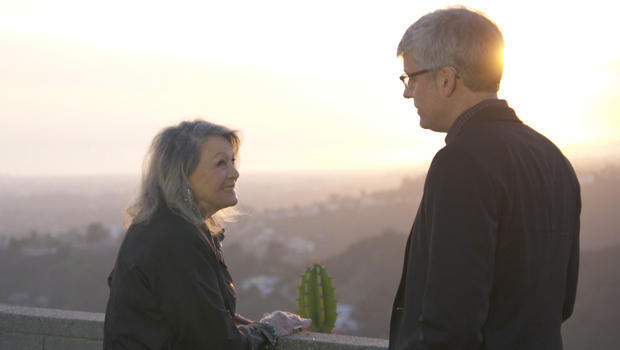