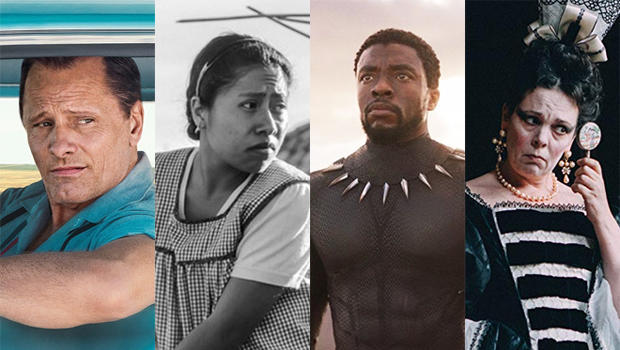 No matter how badly some of us screwed up in the last year, the folks running the Oscars screwed up worse. They announced a category for "popular films," and it was popular, all right, to dump on.

Then the chosen host, Kevin Hart, had homophobic rants in his past, and he doubled down when he should have prostrated himself.

To shorten the broadcast, they announced they'd give some awards during commercials. Piddling stuff, like cinematography – the pictures part of moving pictures! That lasted fewer days than Kevin Hart!

But the meaning is clear: The Academy is having a crisis of confidence. We are in a culture in which everyone's angry about how he, she or they is being represented, not without cause. No matter which of the eight nominees for Best Picture wins, someone will be offended.

The front-runners are "Green Book" and "Roma." I liked "Green Book" – it's amiable, it's well-made. But it's about a white racist whose consciousness is raised on a road trip South, coming at a time when a story of racism from a white point of view is no longer considered the sign of a raised consciousness.

If "Green Book" wins, Spike Lee will have flashbacks to his 1989 classic "Do the Right Thing" being overlooked in favor of another white-consciousness-raising film, "Driving Miss Daisy." Lee's first-ever directing nomination is for "BlacKkKlansman," also nominated for Best Picture, and with a black point of view (though one of its heroes is Jewish, which can't hurt). It could sneak in.

"Bohemian Rhapsody," which I also liked, has no chance, partly because director Bryan Singer is accused of all sorts of abuses. But Rami Malek is a lock for Best Actor. Also a lock: He won't thank his director!

Hollywood liberals liked "Vice," mostly for Christian Bale's portrait of Dick Cheney as a froggy war criminal, but it has zero traction. Nor, surprisingly, has Bradley Cooper's mega-hit "A Star Is Born."

The rousing smash "Black Panther" is the first Marvel superhero Best Picture nomination, but most Hollywood types think it's there because the Academy was afraid not to nominate the most successful film by a black director of all time.

"The Favourite" is also a blast, with wonderful, nasty turns by Olivia Colman, Rachel Weisz and Emma Stone. But it's everybody's second favourite.

So, Alfonso Cuaron's "Roma," acquired by Netflix, barely released in theaters. It breaks my heart that 99% of you will see this haunting, beautiful but not narratively gripping movie on the same screen you're seeing me on now. It should envelop you. It will likely win, but many people will think Hollywood is picking a Spanish-language film about a maid to signal its virtue yet again.

Bet on Regina King in "If Beale Street Could Talk" and either Mahershala Ali for "Green Book" or Richard E. Grant for "Can You Ever Forgive Me?," both playing gay characters. Too close to call.

But Glenn Close is a Best Actress lock for the feminist drama "The Wife," partly because of all those nominations she's had, partly because it is the subtlest, smartest, most poignant performance I've seen in a movie that dumb.

As I said, everyone expects to hate this year's Oscars, which maybe – who knows? – means it'll be more bad fun than any Oscars in years.


KEEP SCORE: Download an Oscar ballot for your office pool or party 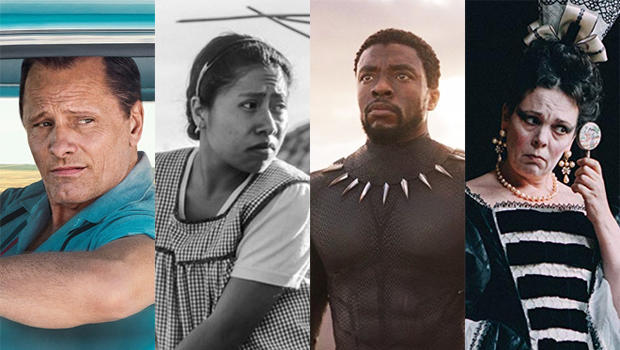