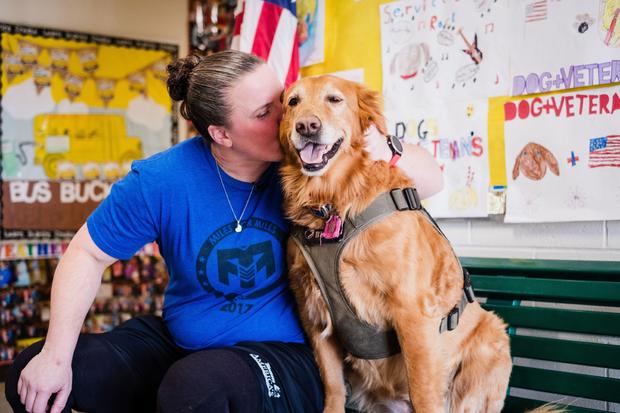 By Steve Hartman CBS News February 22, 2019, 6:55 PM A disabled puppy is training for a special task thanks to a veteran paying it forward

Lewiston, Maine — It takes real tenacity to make it on the U.S. women's sled hockey team. But what sets Retired Army Sgt. Christy Gardner apart, and what brought us to Lewiston, Maine, isn't her doggedness. It's her dog.

Moxie is Christy's service dog — and her hero.

"She's absolutely been a life saver. Quite literally," Christy said. "That dog saved my life."

Christy, 36, lost both her legs after an attack oversees. She got Moxie to help with daily tasks. But more importantly, during her darkest days, Christy said her golden retriever was the only thing that stopped her from ending her own life.

"The way she would just look at you. Her eyes would go right through to your soul. And I felt like I was disappointing her. And so having her by my side was the only reason I didn't kill myself," Christy said.

She is now much better, but she has felt indebted to her dog ever since.

"I feel like she deserves so much more," Christy said.

Unfortunately, there is no good way to repay a debt to a dog, especially not the magnitude of debt Christy feels she owes Moxie. Which is why, instead of paying it back, she has come up with the sweetest plan to pay it forward.

Tiny Tim is not just any puppy. He's a puppy like her, with a disability. Christy has taken Tim and his bum wing under her wing and is now training the pup to be a therapy dog. Ideally, she'd like him to work full-time at Leeds Elementary helping kids who feel broken.

"There is just so much about him that is so perfect for this little mission of his. I think the kids are going to say, 'Well, he had all these problems and he didn't give up and look how happy he is,'" she said.

But before Tiny Tim can be a certified therapy dog, he needs a surgery to amputate his bad leg. Christy had been working multiple jobs to pay for that until an assembly changed everything. Vetriscience, a pet food supplement company, made a $10,000 donation, delighting both trainer and trainee.

Looks like that debt has been repaid – in full.

"Now Tiny Tim is going to save the town. It's pretty cool," Christy said. 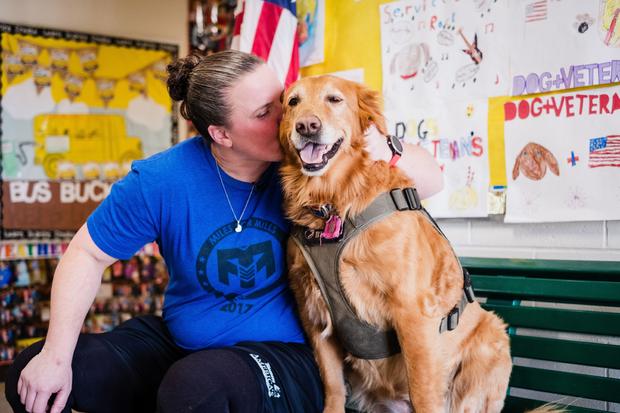 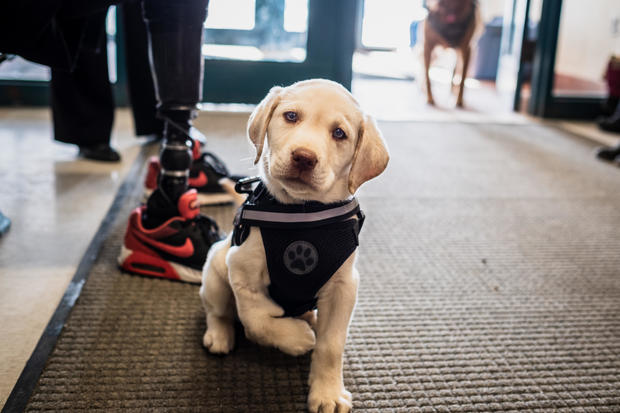