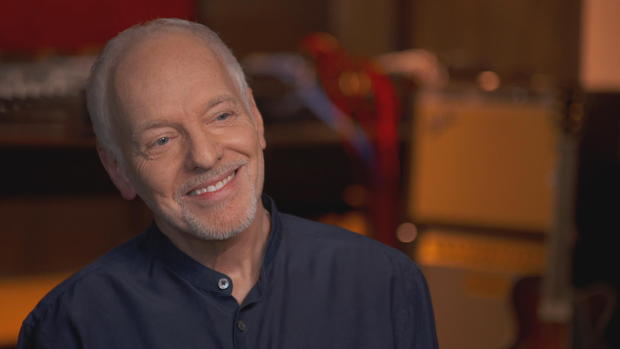 CBS News February 23, 2019, 8:25 AM Peter Frampton reveals rare muscular disease is why his next tour will be his last

Peter Frampton, the legendary guitarist whose 1976 record, "Frampton Comes Alive," is still one of the best-selling live albums of all time, has revealed that he will stop touring because of a rare degenerative muscular disease.

The musician announced on Friday that his next tour will be his last and opened up for the first time about his condition in an interview with "CBS This Morning: Saturday" co-host Anthony Mason.

Frampton said he has been furiously recording music since he was diagnosed with inclusion body myositis, a rare and incurable inflammatory condition which causes muscles to weaken slowly.

"Between October and two days ago, we've done like 33 new tracks," he said. "I just want to record as much as I can, you know, now, for obvious reasons."

"Going upstairs and downstairs is the hardest thing for me," he said. "I'm going to have to get a cane … and then the other thing I noticed, I can't put things up over my head."

Frampton was diagnosed about three and a half years ago after a fall on stage. The disease progressed gradually, but sometime around last September or October, after he came off tour, he felt the effects speed up. He started to make plans to leave the road after a particularly bad fall while on vacation with his daughter in Maui.

"What will happen, unfortunately, is that it affects the finger flexors," he said. "That's the first telltale sign is the flexors, you know. So for a guitar player, it's not very good."

He said he's already felt the effects in his fingers but that he's still able to play guitar well right now.

His run started in the 1960s, as a teen idol in England with the group, The Herd.Frampton then co-founded Humble Pie, a band that took him onto the British charts.

But his breakthrough would come as a solo artist with his live album "Frampton Comes Alive," which spent 10 weeks at No. 1. After that, Frampton seemed to lose his way. His sales slid. It was almost a decade before he got his career back on course with help from a friend he'd known since grade school: David Bowie. In 1987, Bowie asked him to tour with him as his lead guitarist.

That comeback has informed Frampton's battle with inclusion body myositis.

"I'm thinking of all the times in my life that I have something devastating has happened to my career or in my family or me. I've brushed myself off, got myself up and changed directions," he said.

At first, Frampton waited to tell his children because he wanted to be "absolutely sure." When he told them, they were devastated.

"But I said, 'Look, it's not life-threatening. It's life-changing.' … They've been phenomenal, everyone. Every one of my ex-wives have been wonderful, I have to say," he said through laughs.

Frampton will go back on the road in the summer, hitting iconic venues like the Forum and Madison Square Garden, for a tour he knows will be emotional – but triumphant, too.

"The reason I'm calling it the 'farewell tour,' again, is because I know that I will be at the top of my game for this tour and I will make it through this and people won't be saying, 'Oh you know, he can't play as good.' I can. But we just don't know for how long."

So Frampton is working feverishly in his studio while participating in a new drug trial at Johns Hopkins where a team of doctors has been coordinating his treatment. 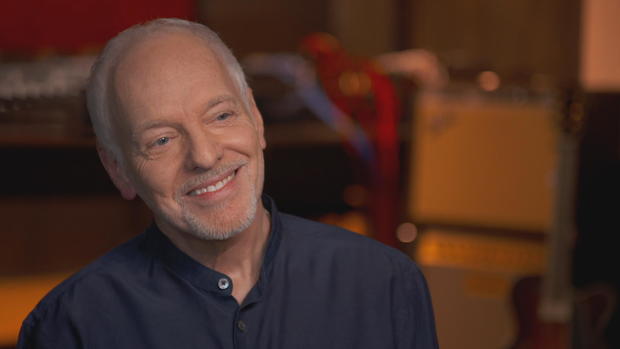