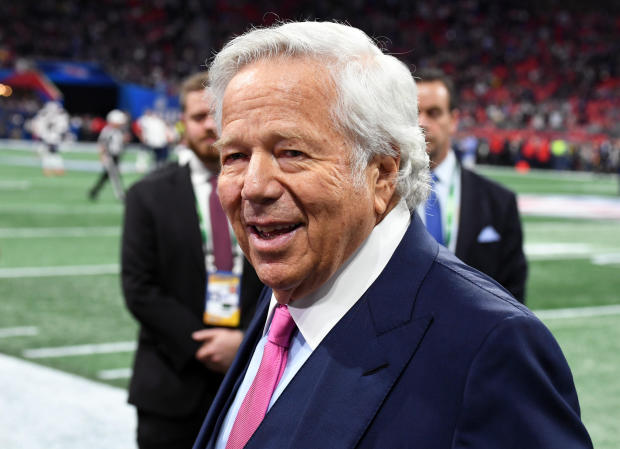 The owner of the New England Patriots, billionaire Robert Kraft, could get in trouble with the NFL, after he was charged with soliciting a prostitute. Kraft was among the 25 people charged Friday as part of a widespread crackdown on sex trafficking in Jupiter, Florida.

The case is part of a months-long investigation. Jupiter police began surveillance of the Orchids of Asia Day Spa last November. They gathered evidence using body cams, and undercover cameras both outside and inside the business. Investigators said the have video of Kraft paying for sex twice.

Authorities described how the women worked in deplorable conditions, were lured into the sex trade, and averaged 1,500 men a year. A police report also gives detailed accounts of more than two dozen encounters in which money was exchanged for sexual services. In one case, describing how "male 4 laid one $100 bill and one $50 bill on the massage table" and the woman was "seen taking the bills."

A Kraft spokesperson said they "categorically deny that Mr. Kraft engaged in any illegal activity."

Under Kraft, who is 77, the Patriots have become one of the most dominant and successful teams in professional sports, playing in 10 Super Bowls and winning six, including the latest a few weeks ago.

According to Forbes, Kraft's is worth $6.6 billion dollars. He spoke to "CBS This Morning" last month about one of his key ingredients to success.

"The first thing is you try to attract good people that fit your culture. The trick of that is to make sure there's never division from within," he said.

The NFL released a statement saying they are monitoring the situation. Owners are subject to the NFL's personal conduct policy. 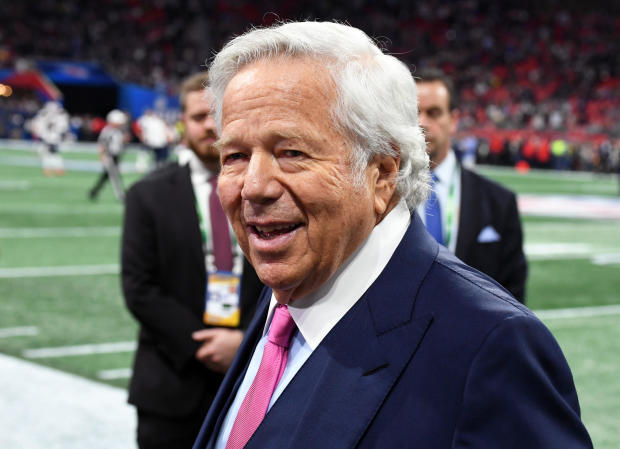