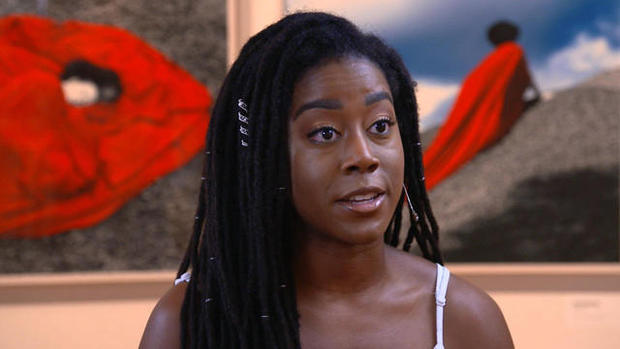 With the record-breaking film "Black Panther" becoming the first superhero movie ever nominated for an Oscar for best picture, Afrofuturism is gaining new momentum — even beyond film. Afrofuturism is a social, cultural and political philosophy dating back to the 1950s. It aims to reclaim black history by imagining an alternate future that incorporates science fiction, technology and African mythology.

"I see these tweets at times where people are like, 'I just want to see black mermaids, and black people in space… I want to see black stories that aren't about black pain.' Because the pain is constant," author Tomi Adeyemi told CBS News' Alex Wagner.
At just 25 years old, the Nigerian-American writer is among the artists at the forefront of the resurgence of Afrofuturism.

"It's just kind of like a utopia to imagine, 'what if…'. Like, what if the story wasn't a story of having everything taken away, and having so much, like, oppression and brutality and senseless murder and slavery. Like, what if it could be something completely different," Adeyemi said.

That's the foundation of the bestseller "Children of Blood and Bone," a West African fantasy novel featuring a young, black female protagonist.

"When did it occur to you that women of color, men of color, children of color can be fantasy characters?" Wagner asked.
"I didn't realize until my senior year of high school that no characters looked like me. So all of my protagonists were white or they were biracial. … Then I realized it's not just me who needs this, it's, like, it's other people who look like me. But it's also people who don't look like me. Because the reason I didn't think I could be in a story was 'cause I didn't see it," Adeyemi said.
Through her writing, she also directly tackles racism and inequality.
"I wanted to write a story that commented on the black experience," Adeyemi said.
"In some ways, Afrofuturism is inherently kind of a revolutionary act. Do you think of yourself as a revolutionary?" Wagner asked.
"At this point, I can think of myself as a part of the revolution," Adeyemi said.

Monáe believes this is the time for Afrocentric art.
"It's a way for black women like myself to tell our stories through our own lens. Because I think it's important that we're telling our stories. Because if we allow other people who are not us to tell our stories, they may not be told properly," she said.

Enter "Black Panther" with a black superhero and a nearly all-black cast set in an African-inspired utopia sometime in the future. "Black Panther" popularized the idea of Afrofuturism, but its roots run deep.

"All the early abolitionists that we celebrate, the Frederick Douglasses… the Sojourner Truths were all Afrofuturists. Harriet Tubman… Sun Ra and George Clinton," cultural critic Greg Tate said. He is considered one of the leading scholars of this movement.
"Anybody who had a vision of the black people's story and presence and imaging could be told and elevated," Tate said.
"On one hand we have a movie like 'Black Panther,' which is a lot of people's entry point for Afrofuturism. But you also have the Black Lives Matter movement, right? Do you see a connection between those two things?" Wagner asked.

"Oh, definitely. I mean, I don't think that 'Black Panther' would've happened without the precedent of Black Lives Matter, because I think that any time… there's outrage and protest in the streets, the culture of elites in America tend to open up resources and opportunity and space for, you know, for black creatives," Tate said.

The response suggests audiences will start to see even more Afrofuturist art. "Black Panther" snagged the top prize at the SAG Awards, is nominated for seven Oscars, and a sequel is underway.

Adeyemi's book is being made into a major motion picture and she has two more books in the works. She said the arts and entertainment landscape is definitely changing.

"We're finally getting people who want to share it with people, and people who don't think that, 'Oh, people aren't gonna relate to this, because it's black,' or, 'They're not gonna relate to this, because it's African, it's too different.' They're like, 'No, this is a great story with great characters. So let's make it visible.' And when people find it, they'll fall in love with it," Adeyemi said.

Adeyemi signed a rare seven-figure deal for the movie before her book was released. She's been compared to a young J.K. Rowling, so maybe it's no surprise. 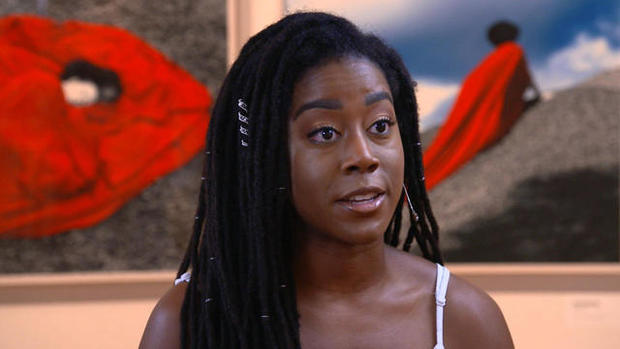