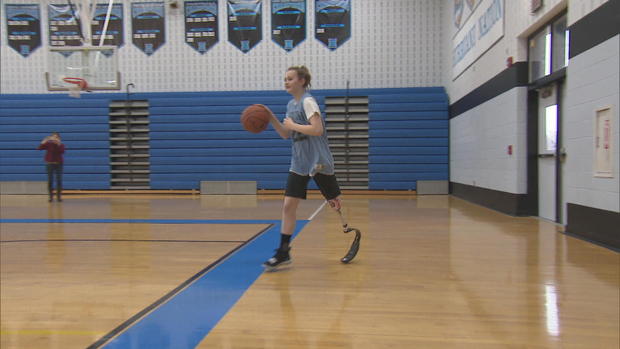 By Jan Crawford CBS News February 20, 2019, 6:56 PM Teen who lost part of her leg to cancer now a star on the basketball court

Huntingtown, Md. — You could call Amanda Merrell a regular 16-year-old. Except regular wouldn't be the right word. The high school sophomore is also a fierce competitor on the varsity basketball team.

"She has a never quit, never give up attitude," said head coach Jennifer Shoup.

"She was a typical 2-year-old running around and having fun with her sisters," said her mother Suzanne Merrell.

But a routine X-ray of a bump on her leg revealed she had an often fatal form of cancer, Ewing's sarcoma. She had 14 rounds of chemotherapy before her 3rd birthday.

Doctors amputated her leg at the knee and Amanda was so young she doesn't remember.

"I don't really think like, oh I would do better if I had two legs. I just have this and I do the best that I can," Amanda said.

Because her leg doesn't bend at the knee, she had to change the way she shoots and runs.

"When I shoot, like normally people will bend both of their knees. For me I kind of just step out and shoot. For running since I can't really bend my leg I kind of swing it to the side but for basketball i'm usually the first one down the court," she said.

Her parents said that's been her attitude since she was little

"I remember she's always wanted to climb up the slide and she never could but once she got that new leg she could and that was easy you know," said Amanda's father John.

"Who cares if you're different? You can still do stuff that anyone else can do and you shouldn't let one thing determine who you are," Amanda said.

Because believing you can is the biggest step of them all. 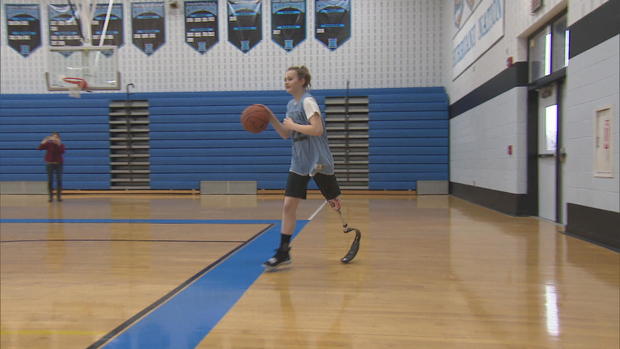 Fed rate hike may be smallest since March. What it means...