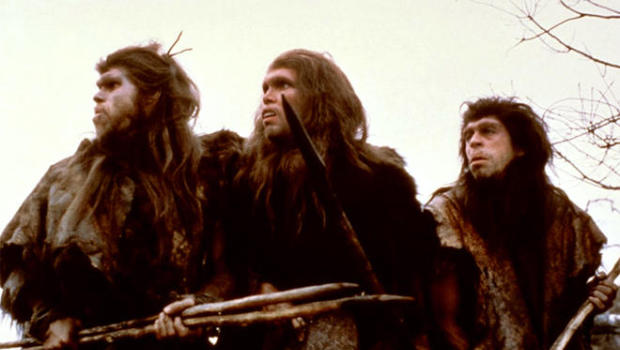 From the films "Quest for Fire" to "Encino Man" to Geico Commercials, there have been many depictions of cave people and Neanderthals in pop culture over the years. And let's just say, most have not been very kind, or accurate; they are usually stereotyped as brutish, howling and stupid.

So, why have Neanderthals gotten such a bad reputation?

Kate Wong, a senior editor of Scientific American, tells Rocca of a Neanderthal skeleton found in the town of La Chapelle-aux-Saints in France in 1908 and how it was badly misinterpreted by biologist Marcel Boule. "The image that kind of came out of his work was hairy and pretty apelike," she said.

That fossil, called "the Old Man of La Chapelle," just happened to be an older arthritic individual, which explained why it did not stand upright. It set back the public's perception of Neanderthals for generations.

But things are changing for the Neanderthals. Recent incredible breakthroughs in the field and in the laboratory have shown that our extinct human cousins were pretty amazing, and on par with modern humans, cognitively and creatively.

Neanderthals did cave paintings, wore jewelry, and created sticky pitch in a complicated process to attach their tips to their spears when hunting.

Said professor John Hawks from the University of Wisconsin at Madison, "If I had to assign an engineering class to figure out how this was done, they would have a hard time of it."

Perhaps the most incredible recent breakthrough on this topic has been that most humans of today carry with them a certain percentage of Neanderthal DNA. Rocca talks to Princeton professor of genomics Joshua Akey to find out what it means to be part Neanderthal. "We have always said that our genomes are a mosaic of different ancestors, and I think what we've learned more recently is it's a mosaic of both recent ancestors and very distantly-related different types of human ancestors," said Akey.

Listen to this week's episode of "Mobituaries." You can download the episode on Apple Podcasts, Google Play, Megaphone, Stitcher, or Spotify. New episodes are available weekly. 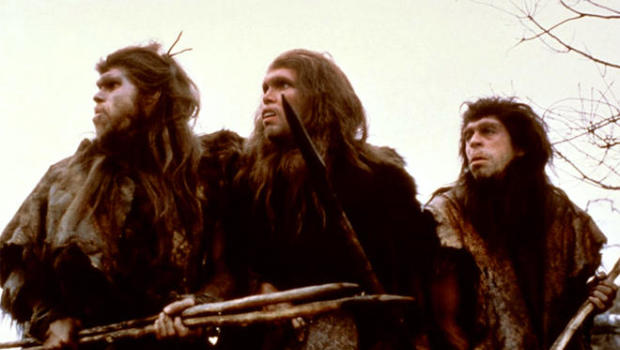