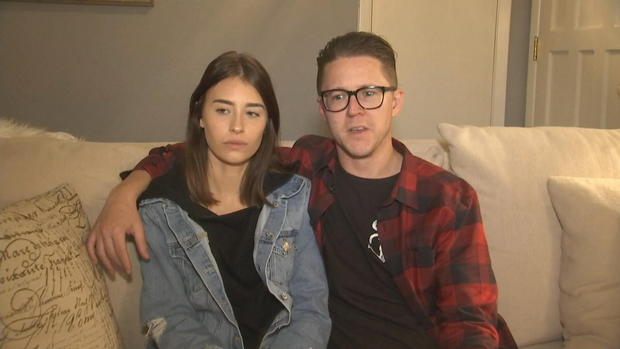 CBS News February 19, 2019, 8:17 AM Hiker stuck in quicksand for hours recounts being trapped in a "puddle of concrete"

A hiker is sharing his story of survival after being stuck for hours in quicksand over the weekend on a trail known as the "subway route" in Utah's Zion National Park.

Thirty-four-year-old Ryan Osmun was hiking Saturday with his girlfriend Jessika McNeill when she tripped into quicksand. As he helped her out, his own right leg became engulfed up to his hip, reports CBS News' Tony Dokoupil.

"There was no chance of moving it at all. The sand had surrounded the whole leg and I couldn't move it," Osmun said. "The best way to describe it would be … standing in a huge puddle of concrete — that basically dries instantly."

With a storm coming in, McNeill, who was later diagnosed with hypothermia from the cold, hiked three hours until she found help.

Ten hours later, park rangers reached Osmun but it took them another two hours to get him out of the quicksand.

"One guy scraping sand away, they were able to free my leg. It was probably one of the worst pains I've ever felt," he said.

They were forced to spend the night when a winter storm brought in four inches of additional snow. It wasn't until Sunday that Utah rescuers, facing difficult terrain and stormy weather, repelled down 100 feet of cable to lift Osmun to safety.

The National Park Service said freezing temperatures, snow and cold run-off can turn easy hikes into treacherous ones. Zion has experienced a wet winter this year creating the conditions for potentially dangerous quicksand.

For years, hikers have been warned to keep an eye out for quicksand in Zion National Park. It forms after an area with a lot of sand is saturated with water making liquid mud that can trap anyone who steps in it. Quicksand can be tough to spot, sometimes appearing dry on the surface even though it is wet underneath. Osmun suffered minor muscle damage, but expects to make a full recovery.

Osmun said he has no plans to hike the subway route again. Experienced hikers say common spots to find quicksand are in riverbeds. If your foot does get stuck it's important not to panic. Use slow and controlled movements to try to loosen yourself from the sand. 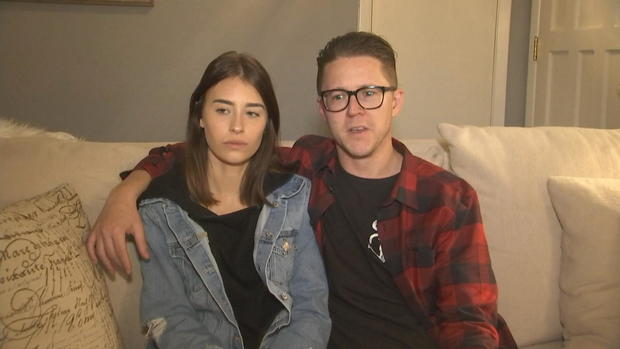 Woman identified 37 years after she was found dying next to...