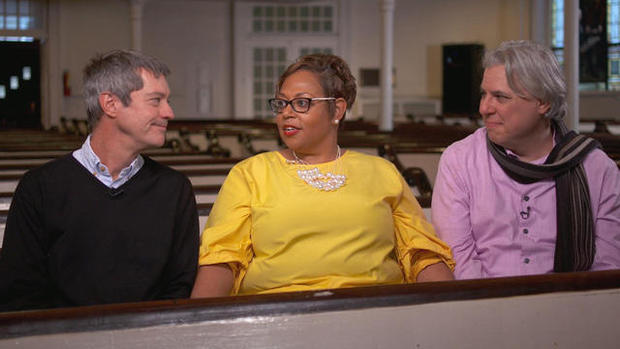 This Black History Month, we are bringing you the story of three strangers connected by the Underground Railroad. Last December, Ancestry arranged for six people from across the U.S. to meet at the historic Plymouth Church in Brooklyn – known as the "Grand Central Depot of the Underground Railroad." The only thing the group was told before they got to the church was that they had heroic ancestors from the slavery era.

When they first got to Plymouth Church, Seth Nichols, Scott Pratt and Cecilia Penn-Diallo received letters about their past that changed their future. The journey revealed family connections and surprises about their ancestors, which were documented in a 23-minute film called "Railroad Ties."

They were strangers then, but now, Penn-Diallotold CBS News correspondent Adriana Diaz, "I wouldn't know what to do without the two of them now."

Back at Plymouth Church just two months later, they feel like family.

"You didn't think that I would be ever sitting between these two guys and calling them my brothers, you know, but they are now. And I dare anyone to do anything or touch any one of them because they got a sister that's gonna fight for them now," Penn-Diallosaid.

What they discovered is that they're not related through blood, but through a shared history.

"There's an amazing connection that goes back 170 years… we've had the opportunity to learn about together at the same time," Nichols said.

Nichols is a descendant of a prominent Brookyln abolitionist, Lewis Tappan.

"I knew that my ancestor was an abolitionist… but I didn't have the real connection of who he was helping," Nichols said.

One person he helped was Penn-Diallo's great-great-great-aunt, Anna Maria Weems. To escape slavery, she dressed as a boy and was hidden in Tappan's attic. She passed through the dirt-floor basement of Plymouth Church on her way to freedom.

"And how does it feel to discover that past for yourself personally and then connection to the man sitting to your right?" Diaz asked.

"I mean, it just makes it 100 percent real," Penn-Diallo said. "And it comes full circle because now I know my roots… And it gives me kind of chills as we sit here and I say that because… down deep in your soul, you know who you are and… where you come from. And now I have flesh-and-blood brothers to back me up and put that behind me. It's amazing. It's amazing."

As for Pratt, he thought perhaps his Scottish roots would lead him to a prominent forefather.

"All day long I had been asking Seth and everybody trying to find that Scottish connection, that Alexander Hamilton connection," Pratt said.

But his DNA revealed something else.

That's right. Scott is a descendant of runaway slaves. His ancestors "passed" as white.

"This isn't like… my great-great-great-great-great – this is my great-great-grandmother. Could have been dragged back into slavery. She was property," Pratt said. "At the end of the day, what they wanted to do, and that was to pass for white, they did it successfully. So… I'm so proud… that I could be here with you today, but on the same token, all of my heritage has been erased. It's all gone… There's a lot of sadness around that."

"So, you feel a loss for your African-American history that you never knew about," Diaz said.

"Oh, yeah," Pratt said. "That's why Cecilia's so significant to me. She gives me that connection to it. … She fills in that gap that's been missing."

"I'm Scott, but I'm a more enriched Scott than I was before," Pratt added.

"How does this change the way you view Black History Month?" Diaz asked.

"For me, Black History Month was history. It was sort of an intellectual exercise or something you could appreciate and learn a lot about," Nichols said. "Suddenly I'm like, no, no, no, actually this is our history. This is everyone's history."

As Nichols read from his letter, "The Tappan family risked everything to give others basic rights. … They knew that respect for each other could make America into a better place for their descendants, for you."

Aiding in the uniquely challenging journey of discovery for people of African heritage, Ancestry released 94 new and updated communities for customers of African American and Afro-Caribbean descent, helping them unlock stories of the people and places that make up their recent family history. These new insights can reveal the roles and unique impact their ancestors played in history. 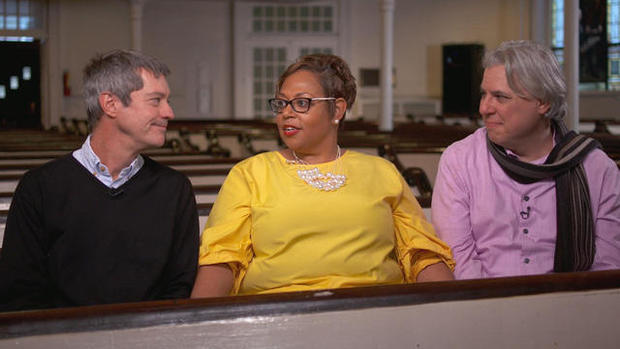