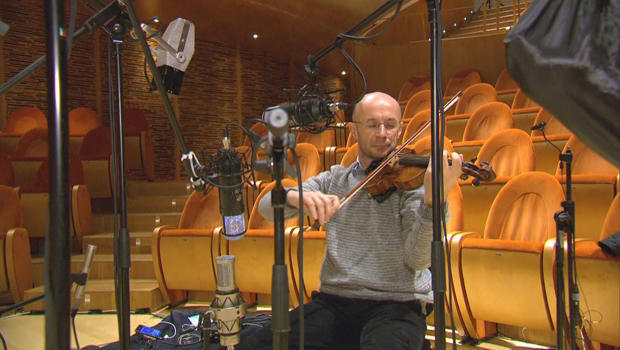 In Cremona, the Italian city that gave birth to some of the finest violins ever made, residents are being told to be as quiet as possible, because of an ambitious project to preserve the sounds of these million-dollar instruments.

The road outside the Violin Museum is closed, the parking lot cordoned off, and residents are encouraged to drive slowly over the cobblestone streets because any vibration could ruin what's happening inside.

While no tickets were sold, these performances will be remembered forever, recorded in this concert hall built for the star – not the performer, but the instrument.

Thomas Kortike is in charge of recording each note, to ultimately create a digital database of four precious instruments from the museum. Each violin, Kortike explained, can produce roughly 100,000 so-called articulations – various sounds, tones, and note changes.

His recording setup utilizes 32 microphones. "We try to capture the entire range of the instrument," he said, "from the lowest note to the highest, and from the softest note to the loudest."

"No, because the sound is different."

Stradivarius violins are so rare that some of the most skilled musicians may never touch these instruments, so the idea of the database is to democratize them, allowing anyone with the software the chance to play (at least digitally).

But the recording process is easily disrupted. Kortike's microphones have picked up errant sounds such as cars, dogs barking, even stiletto heels on pavement.

Cremona's mayor has asked citizens to be understanding of measures to keep quiet while they're recording, to tiptoe around the museum. "Being light-footed is part of daily activity here," said maestro Fausto Cacciatori.

He's in charge of moving one Stradivarius, more than 300 years old and known as "Vesuvio," which is kept, like a jewel, under glass at the Violin Museum. With some Stradivarius instruments valued at more than $10 million, there's always a guard nearby.

Cacciatori explained that because time will affect the acoustics of the instruments, they're recording them now, with microphones so sensitive that performers remove watches so the ticking won't be heard.

"We don't know how they sounded 200 years ago, and how they will sound in 100 years," said Kortike. "So, what we capture right now is the sound of these instruments today, in this hall."

The challenge is to capture the pure sound of this old instrument, without any of the noise pollution of today. 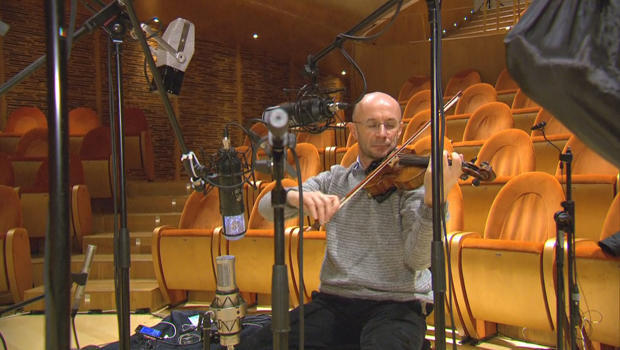 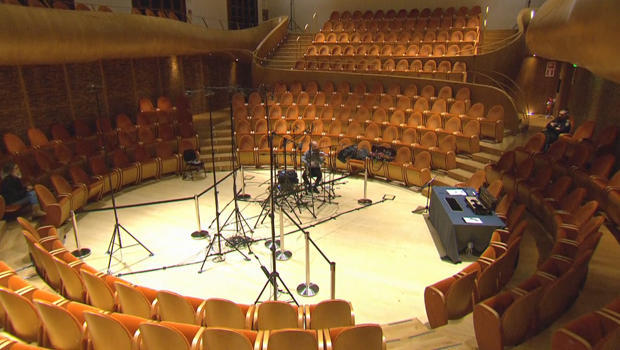