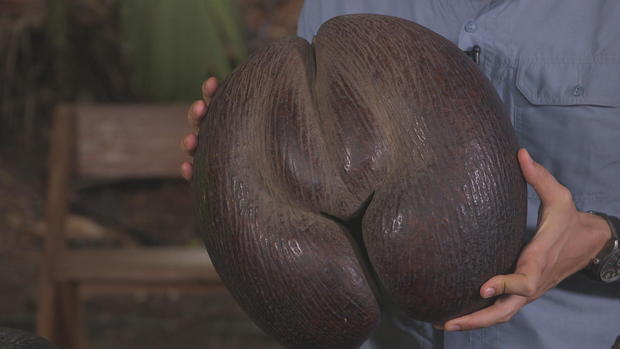 The romantic Republic of Seychelles, nearly a thousand miles off the eastern coast of Africa, and a honeymoon hotspot, is the only place in the entire world where you can find "love nuts" growing in the wild.

As described by Dr. Frauke Fleischer-Dogley, the Chief Executive Officer of the Seychelles Island Foundation, "It's like the bottom of a female lady. That's what it looks like!"

There are 115 islands in the Seychelles, but the extremely rare Coco De Mer grows naturally on just two of them. The plant's location used to be a mystery; residents of nearby islands would find the dried shells of the love nuts washed up along their shores, and since nobody had ever seen anything like them on land, the seeds were thought to have come from an underwater tree. (Coco De Mer literally means "Coconut of the Sea.")

Being underneath a falling Love Nut could be your ticket to heaven; Marc Jean Baptise, the site director for the Vallée de Mai Nature Reserve on Praslin Island, says the fruit of the Coco De Mer can grow to weigh over 30 pounds.

The giant love nuts are only found on the female trees. They're pollinated with flowers that grow on the stems of the male trees. And inthe Seychelles, these scandalous plants are celebrities.

They're used as signs on male and female bathrooms. Visitors gets a coco de mer stamped in their passports. The tree is featured on the national coat of arms. There's coco de mer jewelry and sculptures and bowls. And of course, they're popular photo ops.

It's possible to buy a seed as a souvenir, but the sales are heavily regulated. Each nut costs several hundred dollars.

Not surprisingly, some cultures believe that the nuts are aphrodisiacs, which has led to an illegal trade.

When British General Charles Gordon visited the Seychelles in the 1880s, he left convinced he had stumbled upon the literal Garden of Eden. The Coco De Mer, he thought, was the original forbidden fruit.

Today, the plants are protected by strict Seychelles law. The forest has been designated a UNESCO World Heritage Site.

But for locals like Marc Jean Baptiste, a love of the love nut goes far beyond any local pride. He sees keeping these rare plants alive as his duty. 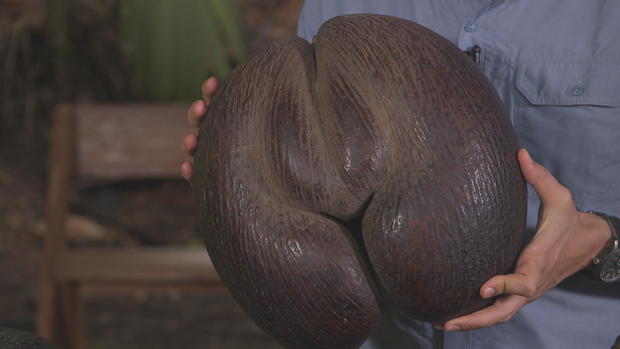 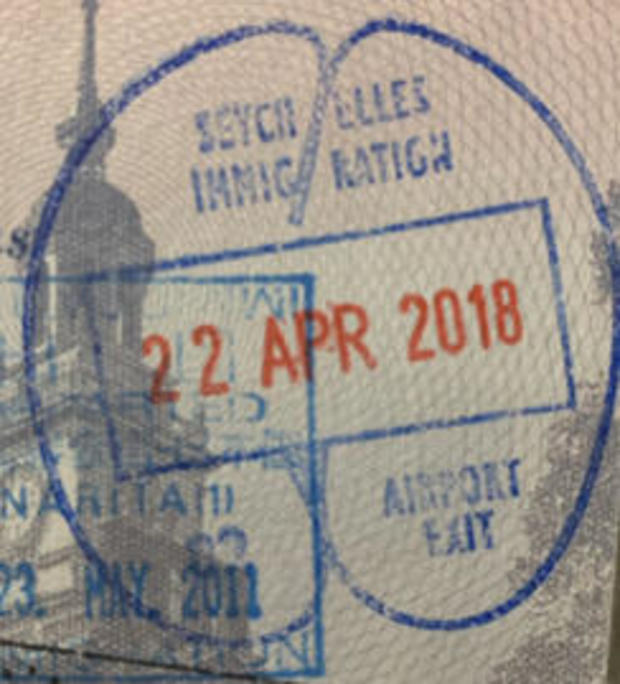 Gov. Sarah Sanders to deliver GOP response to State of the...

U.S. to expand military presence in Philippines in move to counter...