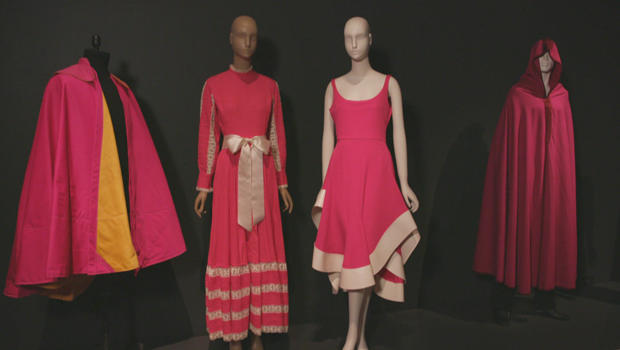 Consider pink, the color of flowers, ballet shoes and candy hearts. How did it become the most divisive color in American society? How can anyone object to pink?

"People either love pink or they hate it," said Valerie Steele, curator of a recent exhibition about the shade at the Fashion Institute of Technology in New York. "People object to the stereotypes. Pink gets these associations of dumb, immature girls, then a lot of girls and women go, 'That's not me.'"

But, Steele says, pink entered the world gender-free – and has led quite a colorful life. "People want to believe very simple stories about color," she said. "And in fact, like culture in general, it's more complicated."

In the 18th century, an expensive South American dye made pink fabric chic. "Paris was the center of fashion, and so pink became the ultra-fashionable color," said Steele. "Men wore it, women wore it. Boys, girls wore it. Interiors were pink."

"So, it wasn't about gender?" asked correspondent Faith Salie.

Just after the Civil War, pink hit mainstream America. In the novel "Little Women," one of the characters has twins – a girl and a boy: "Amy put a blue ribbon on the boy and a pink on the girl, French fashion, so you can always tell."

Steele said, "By 1840s the French had decided pink was for girls or women, and blue was for boys. The Americans decided that you could really make money out of color-coding children's clothes."

The "dye," shall we say, was cast. Businesses started seeing green once pink was linked with notions of sugar and spice and everything nice. Adam Alter, who teaches marketing at NYU's Stern School of Business," said, "There's a lot of inertia in an association like that. Once it's established, it's tough for it to change."

But decades later, a little girl bounded on the scene who shook up pink's sweet image: Eloise.

"She basically owned a version of pink and said, 'Pink can also be mischievous. It could be a little bit more playful,'" Alter said. "Thatwas a really good thing for the color pink. Gave it this extra dimension, and meant that pink didn't just mean being very well-behaved and doing exactly the right thing all the time. It also meant being yourself, and being the real version of who you are."

Hilary Knight created the illustrations for the book "Eloise." He decided she'd be only black, white, and bathed in bright pink.

"When we started the book, the concept of the background color was never planned – 'This will empower little girls,'" Knight said. "But it did. It absolutely did."

The book became a sensation. "Life Magazinepublished six pages directly from the book," Knight said. "It was on the bestseller list."

Soon its author, Kay Thompson, was on the big screen, playing a fashion editor with a rosy idea in "Funny Face": "Red is dead, blue is through, green's obscene, brown's taboo. Think pink!"

Knight said, "Everybody knew about Eloise and the color pink. The book was a giant success. The color was a big success. It was why she is saying, 'Pink.'"

But 1950s America had a less spirited message to spread. Steele said, "Pink became a part of the whole sort of feminine mystique. Push women back in the home and get them to do feminine things."

And so began pink's dark period. While some of the "gentler sex" embraced pink, some '60s feminists saw red.

"So, when the little girls want to buy all the pink toys, a lot of mothers go, 'I don't really like that kind of bubble-gum Barbie thing. I don't want my daughter to just buy into that.'"

That is, until recently. As filmmakers, they showed off the shade's smarts (like Reese Witherspoon's resume printed on pink, scented paper in "Legally Blonde"), and its sass (as in "Mean Girls," in which Wednesday is Pink Day).

Especially girls – and women – with a cause. The pink ribbon brought awareness to breast cancer, and other groups saw its power.

"A lot of activist movements have embraced pink as a political color for women," Steele said. "When you saw all of those pink pussy hats, you realized if you want to be noticed, wear pink."

And that, Steele says, leaves everyone … in the pink.

"Over the last twenty years, different genders, sexualities and races have gotten together and said, 'Pink doesn't have to be childish and feminine. Pink can be powerful, androgynous, political, cool.' It's kind of a dream color." 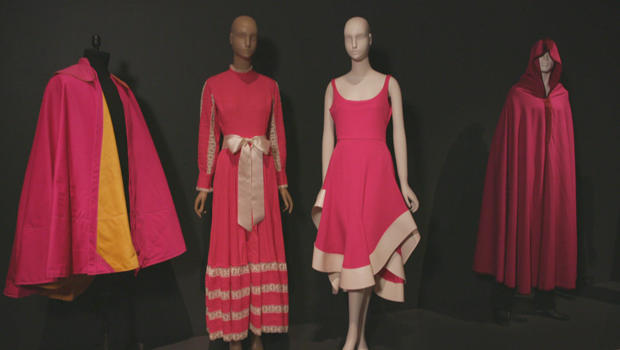 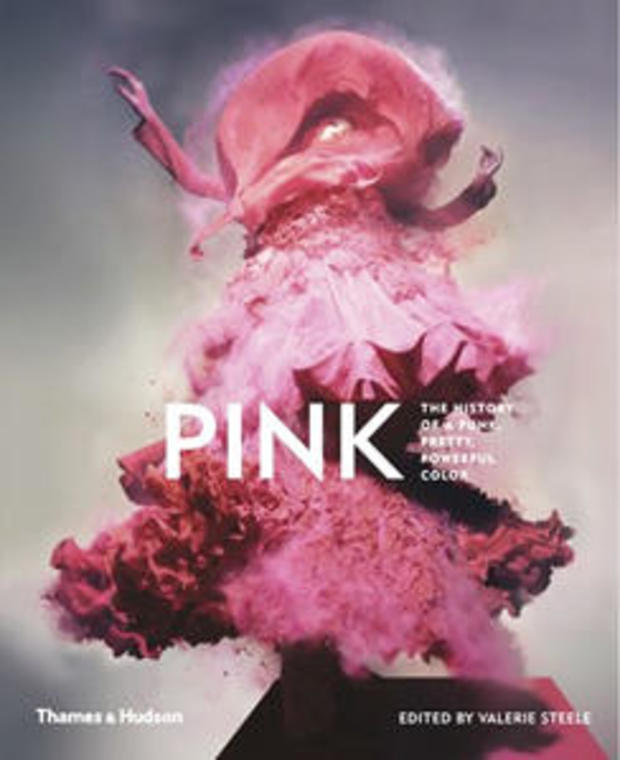 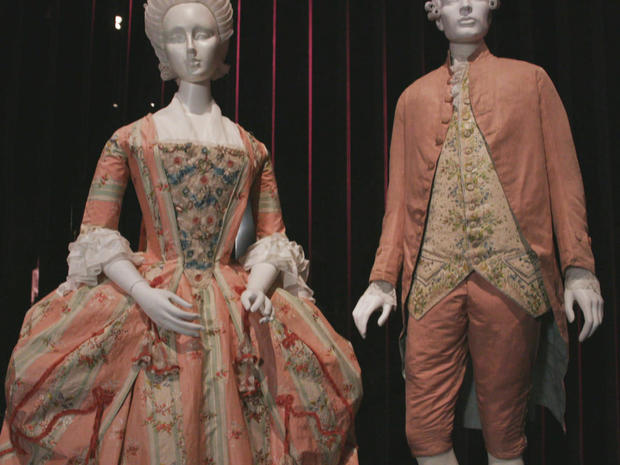 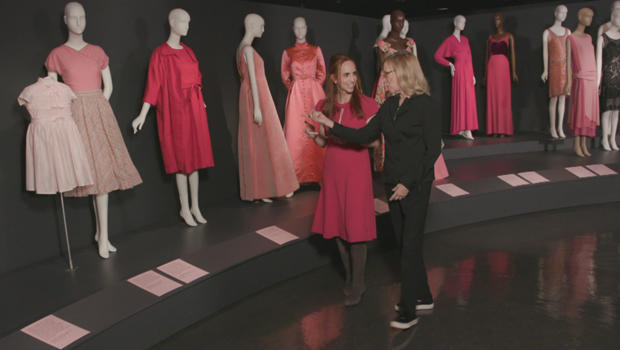 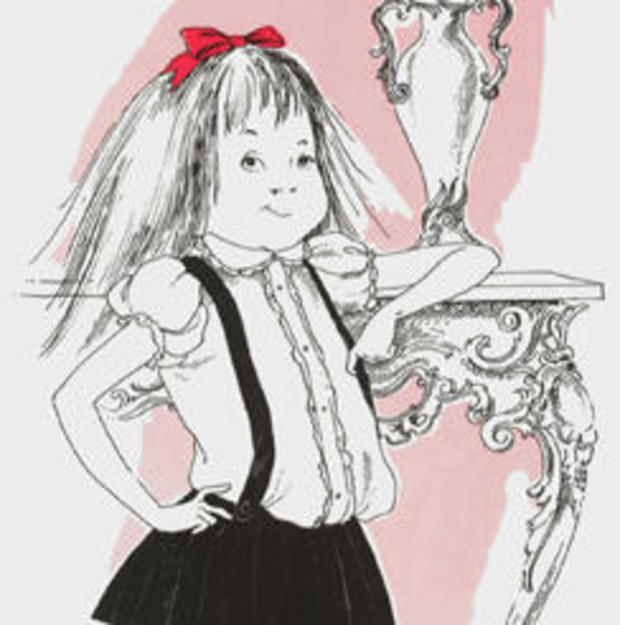 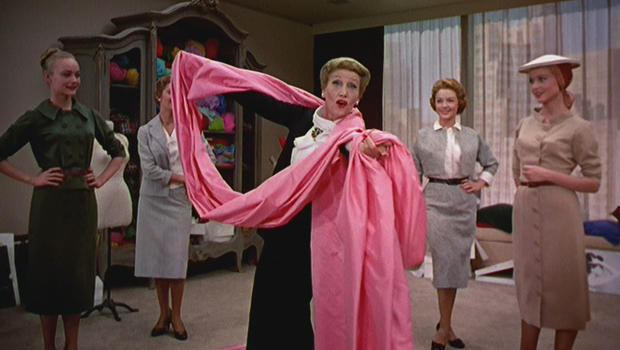 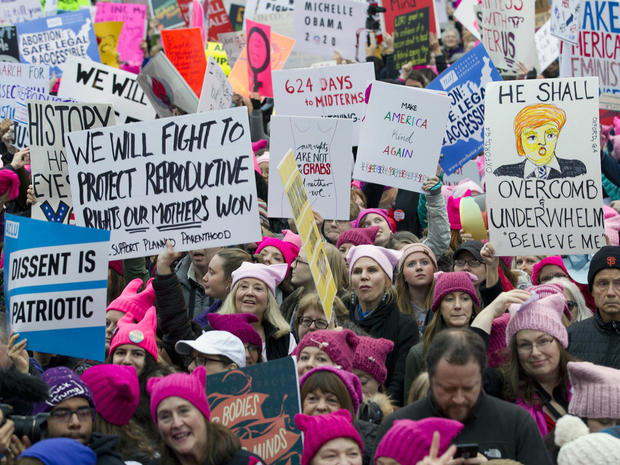