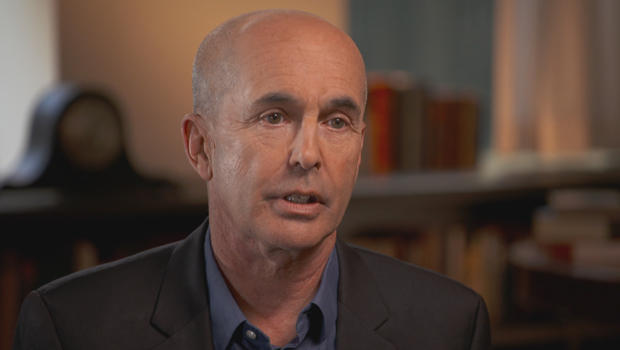 The heat in the windy Southern California desert, ticking up at 109°, is searingly familiar to Don Winslow. It's an area the novelist calls "the Big Nowhere."

"Mexico is just across those hills," she showed Jeff Glor. "These are drug trails coming up out of Mexico by foot, mule, horse, all-terrain vehicles. They usually come at night."

"They do. That's how you know what they are."

Winslow, now 65 and a bestselling author, has spent a third of his life at our Southern border, writing two critically-acclaimed novels based on what he's seen – "The Cartel" and "The Power of the Dog." After more than two decades, he thought he'd exhausted the topic.

He tells that story in "The Border," out later this month. His crime trilogy will soon be made into big-budget movies by acclaimed director Ridley Scott. "It's about internal borders, about ethical borders, moral borders, political borders and whether we cross them or not – and if we cross them, can we ever cross back?"

Winslow has been a fierce critic of President Trump on Twitter, and even took out a full-page ad in The New York Times criticizing his border policy.

Glor asked, "Can you imagine seeing a wall out there someday?"

"No," he laughed. "I've been on every mile of this border, every mile. Even if you built the wall – let's go to 'Cloud-Cuckoo Land' for a while and say you could build that wall, build it as high as you want, deep as you want, wide as you want – it has gates, Jeff. Those gates are always open."

Winslow believes a wall would make the drug situation worse, by driving small-time smugglers into the hands of big-time dealers. "What we critically have to understand is that a border is also something that joins two communities, two countries and two cultures," he said.

"You think we forget that sometimes?"

Glor asked, "What is it that people don't understand about what's happening there right now?"

"There is no invasion of the United States through this border. These are not armed people," Winslow said. "There are people, for the most part, hard-working, family people trying to find a better life, something we used to welcome in this country. Are there bad people in these caravans? Are there some criminals? Of course. I would also argue to you there were bad people on the Mayflower. There were bad people who came into Ellis Island. But that's what built this country."

Don Winslow didn't expect to be spending his sixties speaking his mind about politics. With 21 novels to his name, he is now one of the most in-demand crime writers in America. But for many years, it wasn't that way.

"You're a late bloomer," said Glor.

"It's an overnight success, but it was an arctic night, you know?" he said. "It's the job I've always wanted, and I'm grateful now that I have it. You know, it took the world a long time to agree with me that, you know, I should be a writer!"

But he knew from the beginning, from the time he was six or seven years old: "My dad was a sailor who loved books. That's what he wanted to do, float around on the water and read books. My mother was a librarian. We were always encouraged to read. We were always allowed to read anything we wanted.

"And I thought, you know, if I could make my living telling stories, that's the way I'd like my life to go."

Winslow published his first book in 1991. He sold just enough to barely pay the bills, but he kept at it. He said there were multiple times when he thought about packing it in.

Glor asked, "So, what is it that gets you through that? You just continuing to work?"

Finally, four years ago, Winslow hit the big-time, with the blockbuster international bestseller, "The Cartel." It's this view, he says, as viewed in the hills east of San Diego, that gives him his inspiration. "It's a lotta times where I come to think, come to create characters," he said.

Characters like those in his 2017 bestseller "The Force," a raw and profane tale of an anti-hero cop in New York City.

The novel is set in Upper Manhattan, where Winslow once worked as a private investigator. It describes a heroin mill run out of an apartment complex. Remarkably, just before the book was published, a real-life heroin mill was uncovered in the very building Winslow used to base his fictional building.

"Reading the newspaper and bam!, there was a major heroin bust, I think 22 pounds right here," he said.

Coincidence? Maybe. More likely the product of Winslow's meticulous research. A team of one, he spends years digging for details, writing 12 hours a day, in an old converted gas station near his California home.

"You're addicted to it," said Glor.

"I think addiction might be the accurate phrase, yeah. Yeah. You know, it's an addiction, and I love doing it," he said. 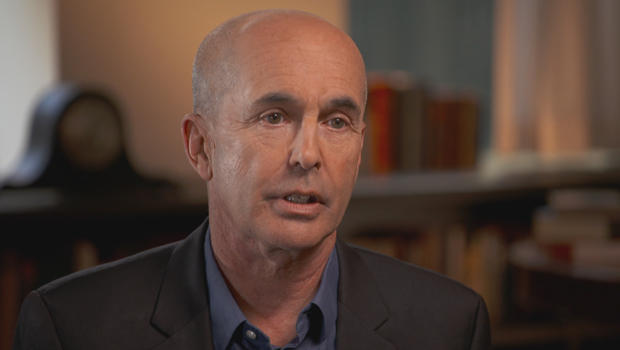 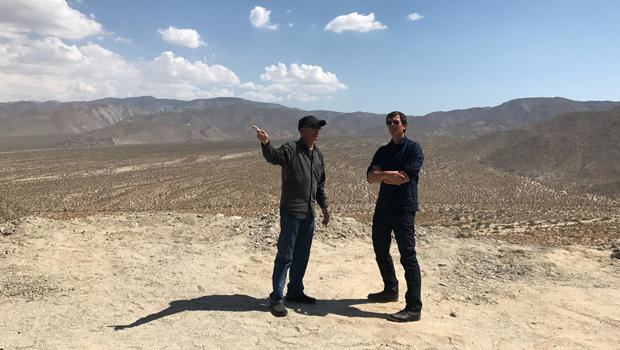 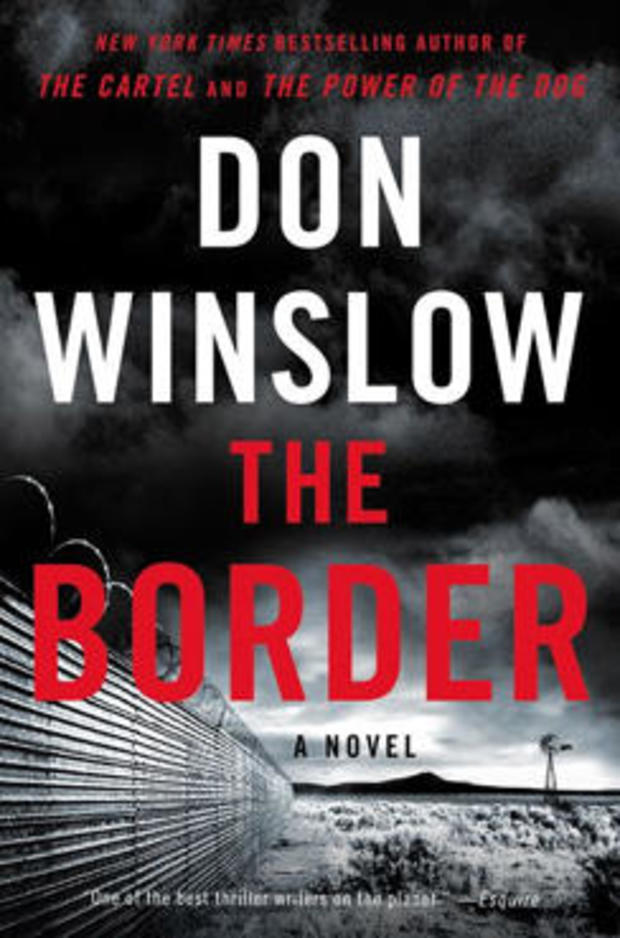