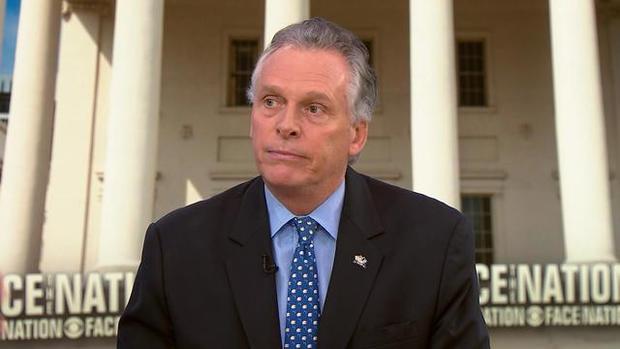 Former Virginia Gov. Terry McAuliffe said Sunday he's inching closer to making a decision on whether or not to run for the Democratic presidential nomination in 2020. McAuliffe had previously set a self-imposed deadline of March 31 for announcing his intentions.

"I have made hundreds and hundreds of calls across the country, talked to potential staff and, listen, we're close to making a decision," McAuliffe said Sunday on "Face the Nation."

Asked whether he was waiting for former Vice President Joe Biden to make his own decision on 2020, McAuliffe said he isn't, but said he "wants to see where the field is." McAuliffe is a longtime ally of the Clinton family and served as Virginia's governor from 2014 to 2018.

"I do think we need in this race a progressive governor who was very jobs-oriented, very successful in economic development. They're not mutually exclusive," said McAuliffe. "A governor is CEO. We build roads, we fix roads. We do need governors in this race because, you know, we don't just get to talk all day, we've got to to deliver every single day."

McAuliffe has flirted with a 2020 run before, saying on "The Takeout" podcast in 2018 he thinks he would beat President Trump in a head-to-head matchup. The Democrat has been vocal about his opposition toward Mr. Trump, questioning his leadership skills in the wake of the violent clashes in the Charlottesville, Virginia. He discusses those sentiments in his forthcoming book "Beyond Charlottesville: Taking a stand against White Nationalism," due out this summer.

The former Democratic National Committee chair would enter the race with considerable experience on the presidential campaign trail. He served on former President Bill Clinton's 1996 re-election campaign and was chairman of Hillary Clinton's 2008 campaign. 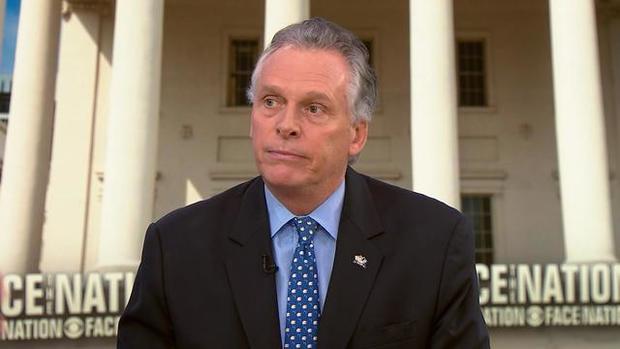 Protester arrested after telling police he loves and respects them

George Floyd's body to be returned to Houston, mayor says

Trump tells governors they “have to dominate” amid civil unrest

Obama says protests could be “a real turning point”

The death of George Floyd, and calls for justice