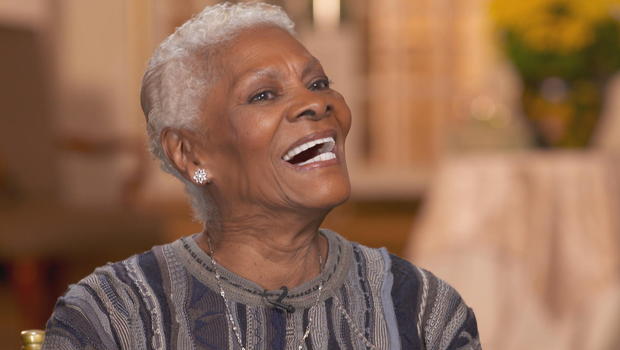 In a recording studio in 1966, a classic came to life. With Hal David's words, Burt Bachrach's music, and Dionne Warwick's voice, "I Say a Little Prayer" would go from a work in progress to a pop standard.

"When I go to be fitted for my gowns, nobody can wear that gown but me," Warwick said. "Hal David and Burt Bacharach wrote songs for Dionne Warwick, and nobody can sing those songs but Dionne Warwick."

That's because no one else sounds like Dionne Warwick. Over a six-decade career, she's charted 56 hits in the Billboard Top 100, and won five Grammy Awards, with songs that generations have swayed to … sobbed to … and loved to.

She said, "You know I say it all the time, and I truly mean it: to be a part of people's 'smile times' in their lives, you can't beat it."

Mo Rocca met with Warwick near her home in South Orange, New Jersey, not far from the church where it all began. She started singing there when she was six years old: "I'm standing on books, so people can see me over the lectern," she said. "And all of a sudden I opened one eye and I noticed that everybody was smiling, and that was my very first standing ovation!"

By 18, she was singing backup for Sam Cooke, Ray Charles, and The Exciters. Her voice was too distinctive to remain in the background for long, and it was exactly what the songwriting team of Burt Bacharach and Hal David needed.

Rocca asked, "Were you surprised that they wanted you to sing lead vocal?"

"Because these songs are not that easy to sing."

"These songs are horrendously not easy to sing!"

In 1963, the trio put out their first release, "Don't Make Me Over." Her actual last name, Warrick, was misspelled on the album.

The name stuck … and so did the success, including the 1963 song "Walk On By," about someone who's been jilted. "It's a way of saying, 'You know what? Skeedaddle,'" Warwick said.

Rocca asked, "What was the Bachrach-David song you liked singing the most?"

"All of them," she replied.

If Warwick seems unclassifiable, unique in sound and style, it may be because of the surprising variety of musical mentors who raised her: Her godmother was jazz singer Sarah Vaughan ("She was Aunt Sass to us"); Ol' Blues Himself took her under his wing ("Frank Sinatra, who I affectionately still refer to as Poppy, I became his surrogate child"); screen legend Marlene Dietrich taught her how to dress; and Lena Horne, who, she says, gave her the most valuable advice of all: "Always, always be you. You cannot be anyone but you."

And in 1973, being Dionne meant breaking with Bacharach and David.

Rocca asked, "Was that a tricky period for you?"

"You know what, it was actually a blessing," she replied. "It gave me an opportunity to enjoy my home, have my babies, be a housewife."

After a hiatus, Warwick was back, and in a big way. In 1974, she had her first number one:
"Then Came You." That was followed by a couple of Grammy-winners: "I'll Never Love This Way Again" and "Déjà Vu." "So it was like, 'Oh, she really didn't need Bacharach-David to continue her career.' No, I didn't."

Warwick would reunite with Bachrach, and team with Gladys Knight, Elton John and Stevie Wonder, for the most popular song of 1986: "That's What Friends Are For," which helped raise awareness and money for AIDS research.

Warwick was also the host of TV's dance music show, "Solid Gold," and more controversially, as the pitchwoman for the Psychic Friends Network.

How does she look back on that experience? "I think it was wonderful," she said. "Made a wonderful living. The exposure was incredible. Thought people forgot that I sang for a living – they thought I was a psychic!"

She's comfortable talking about that experience, but not much else that's personal. She declared bankruptcy, battled with the IRS, and in 2012 her cousin, superstar Whitney Houston, died. In an unsubstantiated claim in a recent documentary, Warwick's late sister, Dee Dee, was accused of molesting Houston as a child.

Of Whitney as a girl, Warwick said, "I loved her very deeply; still do. Enormously talented young lady. Gorgeous to look at. She's a sweetheart, you know, and will always be. And that's all I'm gonna say about Whitney."

At 78, and a proud grandmother, Dionne Warwick still performs, and has a new album coming out this year. We've been listening to her for so long, she's become a part of our lives.

She admitted, "I like me, and apparently, all those who I call my friends, and I have a lot of them, kind of like Dionne, too, right? I'll always be Dionne." 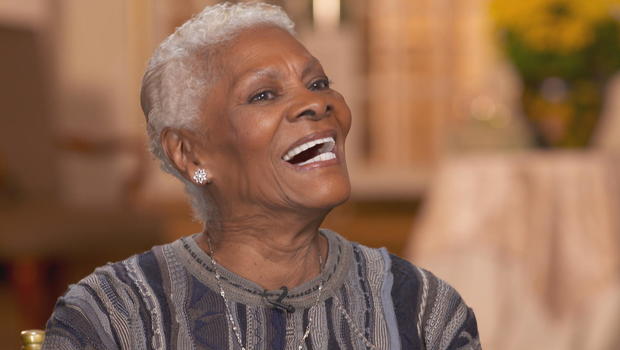 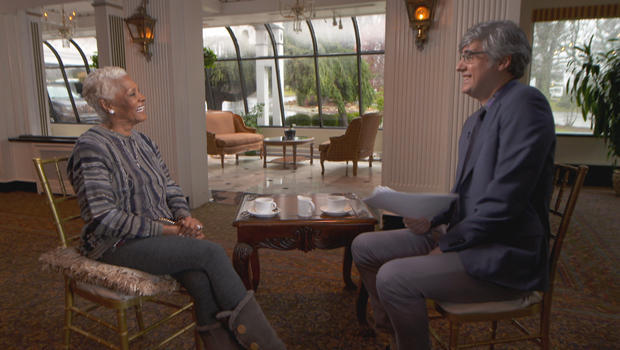 No evidence of mass shooting plan after weapons seized from L.A....