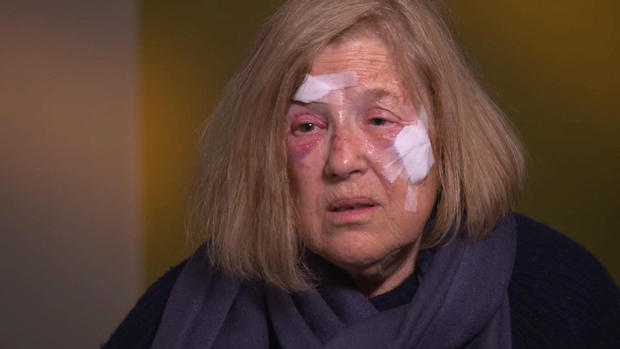 By Mola Lenghi CBS News February 15, 2019, 6:39 PM "It's a miracle": Woman speaks out after she was buried alive by California mudslide

Sausalito, California — A woman from the San Francisco Bay Area was buried alive on Thursday when a mudslide sent her home tumbling 200 feet down a hill. About 60 of her neighbors are still out of their homes.

"I can't believe how this is to be out here today — that I'm actually walking, nothing broken, I'm alive," said Susan Gordon.

The instant Susan Gordon's home in Sausalito, California, was crushed in the middle of the night by a mudslide, leaving her buried alive.

The man with the flashlight was inspecting the house, and two rescuers went to her aid. Others ordered neighbors on the hillside to evacuate. The firefighters arrived and they pulled her out.

"They told me they had to be very careful because there were gas lines and there were electrical wiring down," Gordon said. "And they also said that that there was nothing underneath me and they had to be careful about the earth moving again and crushing me more. And they said keep wiggling your toes because I couldn't feel my legs because I was up to my breast."

Gordon's only injuries are cuts on her face. She was released from the hospital within hours.

"Everyone says it's a miracle," she said.

"I couldn't sleep last night because I kept take rubble of the house thinking about the things in each room I will never see again," Gordon said. 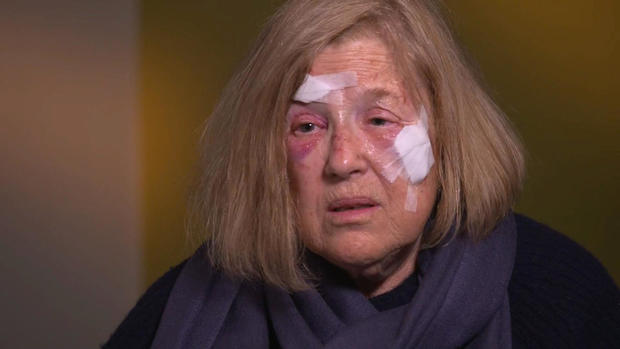