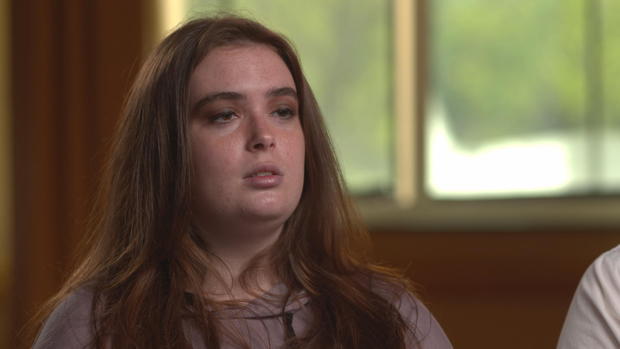 Parkland, Fla. — It was a year ago on Thursday that 14 students and three staff members were killed at Marjory Stoneman Douglas High School. At 2:21 Thursday afternoon, the city of Parkland, Florida paused for a moment of silence. Students hugged and held hands.

If anyone exemplifies what it means to be "Parkland Strong," it's Maddy Wilford, the most critically wounded survivor of the attack.

"When I used to have flashbacks it was kind of, like, blurry. I didn't really notice much detail but now it's like, more vivid," she said, saying what she sees is the "fear and the reality of how scared I was."

Maddy said she knew something was wrong when they heard the first shots.

"I can just remember, like, sitting there, like, trying to get into position where I wasn't going to get shot," she said. "I just could think…. I hope this isn't real. This whole fear, like set over me. And then, then I did get shot."

Three bullets tore through her abdomen and pierced her lung. A fourth shredded her right arm.

"This whole panic set in. And I was like, 'Why me?' Like, I– I don't wanna die. And so I just kind of accepted it toward the end, and then I just, like, blacked out," Maddy said. "When the first responders first felt my pulse, I didn't have one."

Her father, David Wilford, was in Nashville when the shooting happened.

"I felt like I was going out of my mind," he said.

He flew home not knowing whether his wounded daughter was alive.

"I saw her face above the covers with a tube down her throat. And it was such a relief that I for a long time could not be angry. I was so thankful that she didn't die. It was a pure miracle," David said.

Before the shooting, Maddy was a basketball player and an A student with dreams of becoming a doctor. The physical recovery was grueling. But there are also scars no one can see.

"Especially when school started. I didn't feel motivated to do anything. I want to move forward, I want to do all these things, but it's like my gears are stuck," she said. "Dealing with the fact that I basically died."

"I feel bad because i've been, maybe trying to pretend that it's not as bad as it is," said David.

The entire family is in therapy for trauma. Anya, Maddy's new service dog, is another comfort and Maddy has made progress. She's coaching basketball and began an internship at the same trauma center that saved her life.

David said his daughter is more resilient than "people realize."

But she'll need that resilience to raise hope and to quiet those flashbacks. 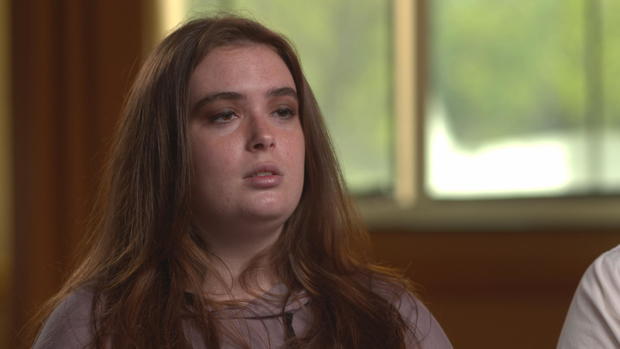 Family awarded $10.5 million for newlywed beheaded by gate at Utah...