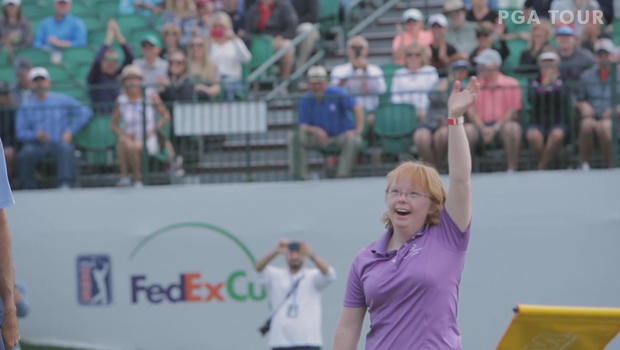 Phoenix — It was supposed to be a simple gesture: PGA stars Gary Woodland and Matt Kuchar providing a special day for a Special Olympics athlete. But then, Amy Bockerstette, a golfer with Down syndrome, hit her tee shot in the practice round for this month's Waste Management Phoenix Open.

The shot plopped in the sand.

"There was a moment when Gary Woodland offered to take the ball out of the sand trap. She would have nothing of it," said her father, Joe Bockerstette.

Amy had an eight-foot putt for par, and made it. The shot was met with applause — a moment Amy dreamed of. Video of the moment has now been viewed over 18 million times.

Golf is Amy's passion, and she's the first athlete with Down syndrome to earn a full athletic scholarship. She now plays on the Paradise Valley Community College golf team.

"People with Down syndrome have value and they bring joy," said Jenny Bockerstette, Amy's mother. "The response that we've gotten from parents of people with disabilities has been very touching because I feel like we're doing this for them, too."

Amy not only performs on the green but also on the piano, and especially on the dance floor.

"You're happy that she's in the moment and that she's able to participate. That's what matters," said her father. 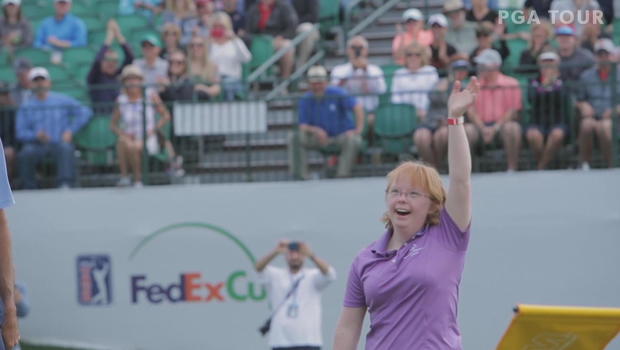