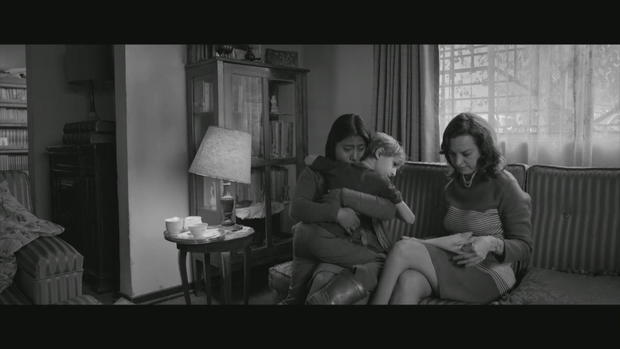 CBS News February 14, 2019, 11:02 AM Alfonso Cuarón channeled the trauma from his father's departure into "Roma"

The Academy Awards are just 10 days away and "Roma," a black and white foreign film with a largely unknown cast, has become an unlikely Oscar front-runner. The movie is up for 10 awards, including nominations for best director and original screenplay for Alfonso Cuarón, a celebrated director known for critically acclaimed films like "Gravity", "Harry Potter and the Prisoner of Azkaban" and "Children of Men."

He took a deeply personal and semi-autobiographical approach to "Roma," looking back at his youth in Mexico City where he was raised by a single mother and their selfless housekeeper. When Cuarón's father left, his family struggled to remain whole. He channeled those emotions into the film.

"It was not necessarily a pleasant period in my life and maybe it's a period that created fears that lasted for many years," he told CBS News' Jamie Yuccas. "I think the core of it is pretty universal because at the end, the film deals with this shared experience of loneliness … but only the bonds of affection, they give meaning to that loneliness."

Cuarón admits he was caught off-guard when his highly personal project went mainstream.

"What was really surprising was the overwhelming response, emotional response when we start showing the film around in different countries all around the world, gave me hope, that at the end we are the same," he said.

That universal truth has led to "Roma" being showered with awards, including two Golden Globes. At a time when President Trump frequently calls Mexican immigrants criminals as he pushes for a wall at the southern border, Cuarón hopes his film is a reminder that they are people, too.

Cuarón is already well known for blockbusters like 2004's "Harry Potter and the Prisoner of Azkaban" which grossed $800 million worldwide. He's also recognized for pushing boundaries like when he stranded Sandra Bullock in space for the 2013 thriller "Gravity," an effort that made him the first Latino director to win an Oscar.

On screen, a bond is forged between Sofia, the single mother played by Marina de Tavira and Yalitza Aparicio's character, Cleo the housekeeper. Together they find strength to cope with the shame and pain of being abandoned by men. Both have received Oscar nominations for their roles.

Cuarón auditioned nearly 3,000 women before casting Aparicio as Cleo, who had no acting experience, and dedicated the film to Libo Rodriguez, the servant who raised him and remains his friend. When he sees billboards for the movie, he can't help but see her in Cleo.

"I was trying to deal with the wounds in the film, Cleo's wounds, the family wounds," he said.

The film is also getting a lot of love in Roma, the Mexico City suburb where it was shot. They're planning to throw a huge party the night of the Oscars.

"Well, it's Mexico. Anything is an excuse for a party! Of course they're going to throw a party," Cuarón said.

If "Roma's" award season momentum is any indication, it's going to be a heck of a celebration. 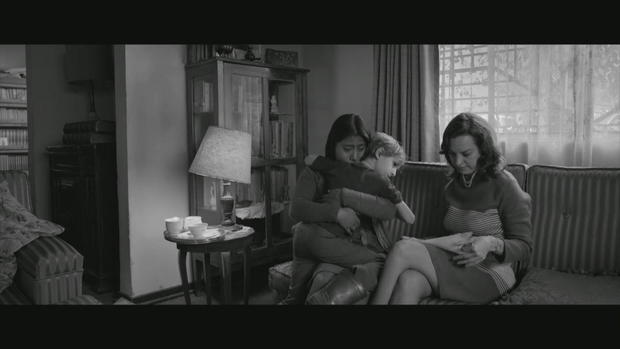