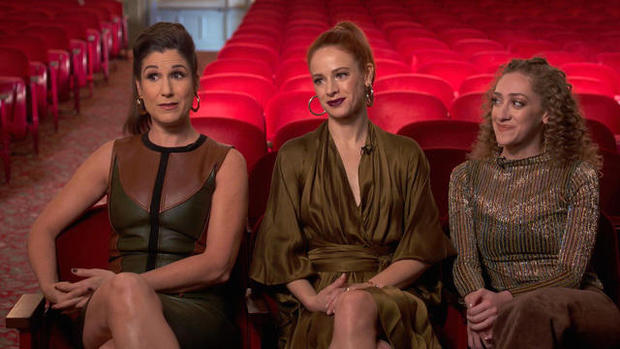 The life story of legendary singer and actress Cher has been given the Broadway treatment. It's called "The Cher Show" and the lead role is played by three actresses whose names represent the different stages of Cher's life: Star, Lady and Babe, portrayed by Stephanie J. Block, Teal Wicks and Micaela Diamond, respectively.

"CBS This Morning" co-host Gayle King met with the ladies of the show and Cher herself, who opened up about the joys and challenges of bringing her story to the stage.

"I didn't know what I was getting into … I didn't know that when you're telling the person about your life, and you're sitting there and you're kibitzing and all that, and then, all of a sudden, you go there and you see in real time, in real life, what you went through," Cher said.

Cher is a producer on the show, and gave her feedback up until opening night. At the beginning, she wasn't happy with how it turned out.

Wicks said, "It came down to, OK, well, we are here together on this stage in front of all these people no matter what, trying to put on a really good show and get to the heart of this woman and I think what made her such a great actor is that she's tapped into human authenticity and I feel like we all had to believe that we are authentic actors and that eventually she would be on board with us."

Today, she's very happy with the show and even worked with the actresses individually.

"Immediately, she wanted to work on my walk … this is the thing with Cher, and I've said it a couple times, but I think it's right, she's not a 'but,' she's an 'and.' She's feminine and strong. She's yes and no … so with me, she kept saying, 'You need to be a bit softer.' You know, I'd never really thought or viewed her in that way, but that's the way she views herself."

Cher also told Wicks she's "not that tough." "She said it in a way that's like she's still shocked that people think that she's this tough chick," Wicks recalled.

And she reminded Diamond that she has always been "painfully shy."

"Even as she grew up … she really was just thrust into different challenges, and she just kept rising to the occasion," Diamond said.

All three women are thankful for the opportunity to portray such an inspiring woman, and for having each others' company in the task. They call it their "Cherapy."

"It's really special as an actor to have such lovely scenes with other women … it's very therapeutic, it's our Cherapy," Wicks said.

"I think it has gifted me a sort of freedom and acceptance," Block said. "So I speak up more, I believe in myself more … and that's all because I'm playing Cher. So I'm a different Stephanie because I was gifted this role." 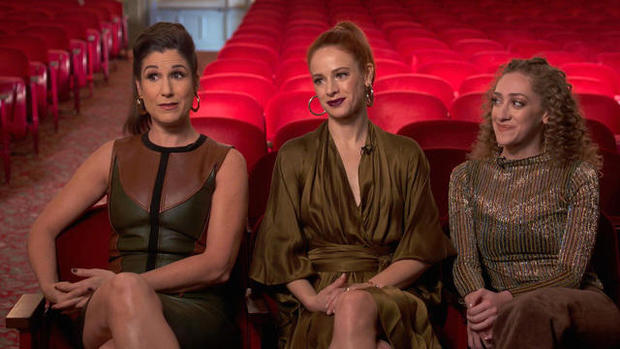