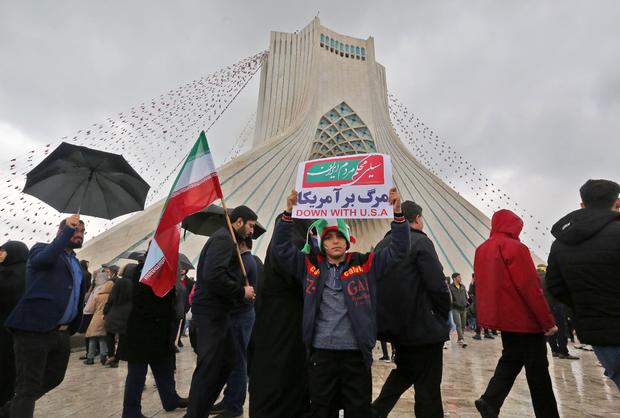 Tehran, Iran — Hundreds of thousands of people across Iran took to the streets on Monday to mark the 40th anniversary of the country's Islamic Revolution. Speaking in the capital Tehran, President Hassan Rouhani told a huge crowd that Iran did not need to ask the world's permission to develop missiles, and that it would continue to build up its military power despite U.S. sanctions.

CBS News correspondent Elizabeth Palmer was in the crowd and says despite lousy weather, there was a festive atmosphere at the anniversary parade.

Some of the people in the crowd were old enough to have actually participated in the revolution, but for the younger ones, the Islamic Republic that followed is the only country they've ever known. That means all they've ever known is a relationship with the U.S. that ranges from hostile, to downright toxic.

We're at an especially low point right now; the Trump administration has imposed the harshest sanctions on Iran to date, which they say are meant to weaken the ruling regime.

Chants of the familiar "Death to America" refrain echoed through the streets of Tehran on Monday in response. This year, Iran's supreme leader Ayatollah Ali Khamenei stressed just before the anniversary, however, that the chant was not aimed at the American people, but their leaders.

Iran "will not stop saying 'Death to America' as long as the U.S. acts malicious" toward Iran," Khamenei said.

Rouhani spoke to the crowd in Tehran on Monday for 45 minutes. He lambasted what he called U.S. and Israeli efforts to "bring down" Iran through sanctions.

"The presence of people in this celebration means that plots by the enemies… have been defused," he said. "They will not achieve their ill-omened aims."

While the Iranian economy has without doubt felt the pressure of the ramped-up U.S. sanctions, Palmer says there are no signs yet that the regime is losing its grip.

In fact, whenever the U.S. cracks down, the Iranians step up and flex some provocative muscle.

Palmer heard President Rouhani tell the crowd that Iran would continue to expand its military power, and earlier this month the Islamic Republic tested a brand new cruise missile.

An anchor on Iranian state TV quipped on Monday about how he expected President Trump's National Security Adviser John Bolton to be angry as he watched the images from Terhan this week, given that he suggested just last year that the Iranian regime was doomed to crumble in months.

According to the Associated Press, Bolton told a meeting of Iranian exiles in 2018 that, "before 2019, we here… will celebrate in Iran." 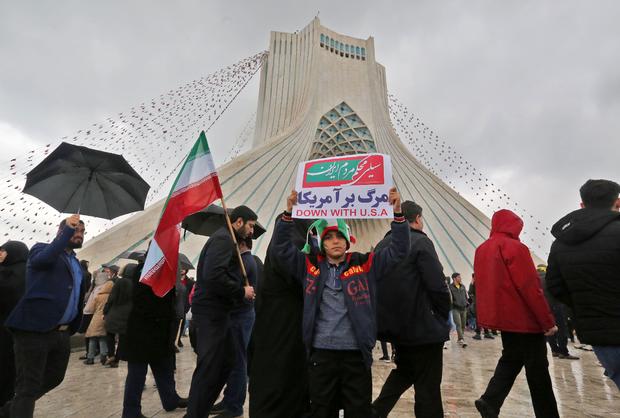 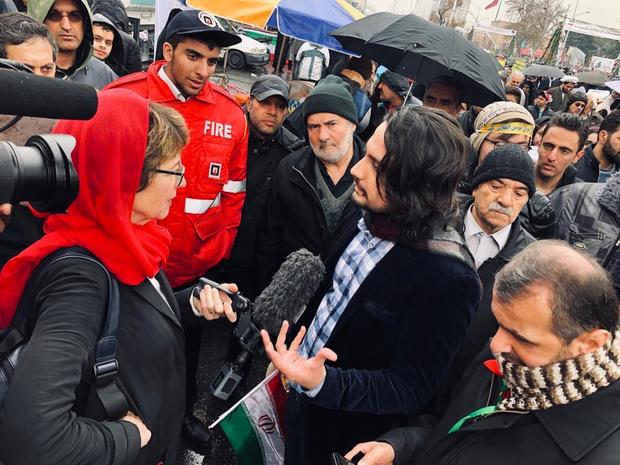