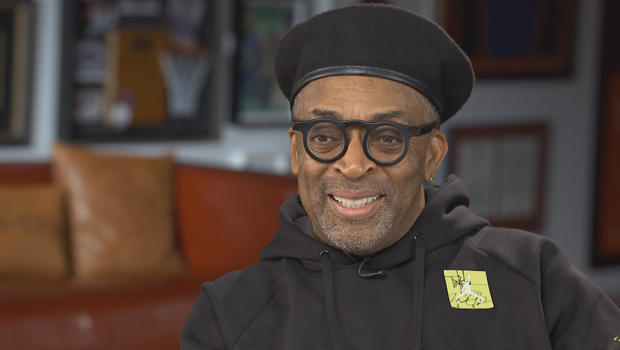 Imagine Spike Lee's pleasure last month, when he and his latest film, "BlacKkKlansman," got six Oscar nominations, including for Best Picture. Actually you don't have to imagine it…

"We all got up early to watch it," he told correspondent Leslsey Stahl. "And so my son, Jackson – we didn't even know he's doin' it – videotaped on his iPhone. Now, what you see was everybody jumpin' down for Best Picture. We're all jumpin' down!"

After 40 years of directing nearly a film a year, this is Lee's first nomination for Best Director and Best Picture.

It's a sore point going back decades, when 1989 film "Do the Right Thing," a comedy that turned dark about a single block in Brooklyn on the hottest day of the summer, was overlooked for a Best Picture nomination.

"A lot of people said you were robbed," Stahl said. "Did it hurt?"

"Oh, it hurt," he replied. "And the reason why it hurt is, had they chose a great, great film for Best Picture, I'd have been cool with it. But their choice ["Driving Miss Daisy"] hurt like a mother*****r! It did!

"After 'Do the Right Thing,' and it was solidified with 'Malcolm X' [being snubbed], I was never going to be put in a position myself where I needed someone's – whatever it is – to validate my work, to give it value. I know what I do, and the people let me know. People tell me I've changed their life, how they never thought about going to college before they saw 'School Daze,' how they never even thought that black people can make movies."

"Isn't it ironic (I think it is) that now that 'BlacKkKlansman' has been nominated, you're up against 'Green Book,' which is kind of a reverse 'Driving Miss Daisy' – a white man driving a black man? Isn't that funny, or strange?"

"Well, I had a talk with my wife, and we're not speaking about anybody, no other films. Particularly that one!"

The pitch to Lee for the movie "BlacKkKlansman"? "Six words: 'Black man infiltrates Ku Klux Klan,'" he said. "That was it. The greatest ever. Six words!"

But it's a true story. In 1978 Ron Stallworth, an African American undercover police officer in Colorado Springs, Colo., infiltrated the Klan, and was even assigned by the police to serve as a bodyguard for the Klan's Grand Wizard David Duke.

Stallworth later wrote the book that inspired the movie.

How did he get away with it? "With a little bit of luck," he told Stahl, "with a lot of skill, and with the participants that we were investigating being as dumb as they come! Dumb and Dumber and Dumbest!"

"To persuade the Klan of your authenticity, you said some vile things over the phone," said Stahl.

"I used their language, the language of hate," said Stallworth.

Like what? "When they asked me why I wanted to join, I said, 'I hate N*****s, Spics, Chinks, Jews, Japs, and anybody else that isn't pure Aryan White like I am, like we are,'" Stallworth said.

In the movie as in real life, Stallworth answered a Klan recruiting ad. When he was invited to join, there had to be two Rons – Black Ron, on the phone, and White Ron, played by Oscar-nominee Adam Driver, who would go to Klan gatherings.

The real Ron showed us his Klan membership card that he keeps in his wallet, signed by David Duke.

Last summer when the movie came out, Stallworth got a surprising phone call from someone he hadn't talked to in 40 years: Duke himself. "He had issues with how he was being portrayed, and he wanted to discuss that with me. I guess he thought I was gonna go to Spike and appeal to Spike to tone it down a little bit!" Stallworth laughed. "That's the only thing I can think of. That's why he called."

Stallworth's wife, Patsy recorded the call on her phone:

DAVID DUKE: "I don't have the same recollection as you did on the some of the terms because I've always prided myself, in fact, all my Klan people always talked about how that I don't use the N-word. But I'm not saying I've never used it in context, obviously."

Lee was called the N-word many times, when his family became the first blacks to move into Cobble Hill, then an Italian-American neighborhood in Brooklyn. Among the acts of racism he experienced: being told he could not join the local Boy Scout troop. "They said I couldn't do it 'cause I wasn't Catholic!" Lee laughed. "Well, we all knew what it was. My father told me what it was. So after that, I said, 'Eff the Boy Scouts. I don't wanna be in them.'"

His father, a jazz musician who wrote the scores for most of Lee's early films, taught him another lesson: An anti-drug policy. For instance, he's never had a joint himself. "It's well publicized my father had an addiction. So just seeing that, he's a jazz musician of that era. That era, jazz musicians, you know, they were doing stuff. And so that, uh-uh."

His mother, who died when he was away at Morehouse College, was an English teacher. "My freshman year, I was very lonely. I was homesick. And I was writing my mother every week. And every week, my mother returned those letters that I wrote, and looked like she had cut her wrist on the paper. It was all marked up in red! And she used to tell me, 'I can't believe I have a son that goes to Morehouse that's semi-literate!'"

Twenty-five years ago, with all the money he'd already made on his movies, the semi-literate (just now nominated for Best Adapted Screenplay for "BlacKkKlansman") bought the building in Brooklyn that is now the headquarters of his production company, 40 Acres and a Mule Filmworks. It's where he cuts most of his movies with his editor Barry Alexander Brown.

It's also where Lee keeps all the stuff he's collected over the years, including shots of him spouting off at Knicks games in a way that's earned him his reputation as an Angry Black Man.

And there are reminders of his career as a maker of, and actor in, his famous commercials for Nike Air Jordans.

There's just one thing missing in all the clutter in his office: An Oscar for Best Picture.


WEB EXTRA: One of the great movie title sequences: Rosie Perez dancing to Public Enemy's "Fight the Power" in "Do the Right Thing," with cinematography by Ernest Dickerson: 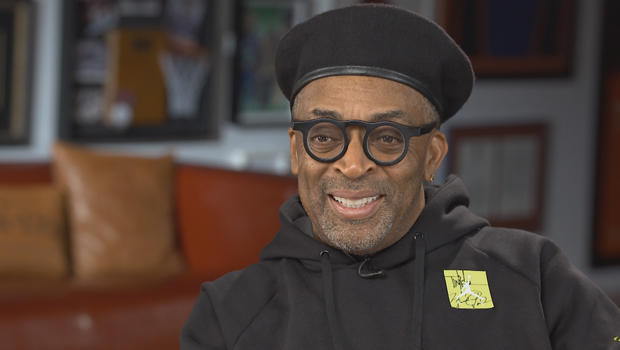 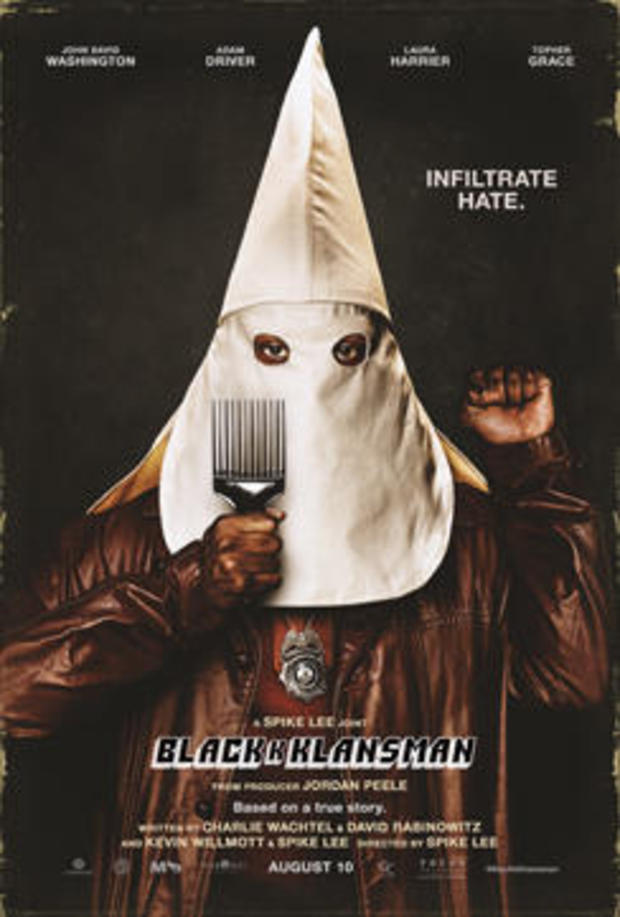 Boeing pleads not guilty to fraud in 737 Max jet crashes