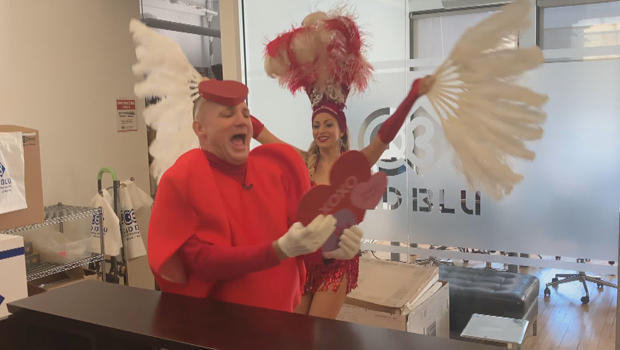 To celebrate Valentine's Day and her 22nd birthday, Gabii Benavides' friends went all out. They ordered her a singing telegram.

Wait a minute – singing telegrams? Like, from the olden days?

"What better thing to do than someone knocks on your door, you open the door, [and they sing] Happy birthday to you?" said Paul Levinson, a communications professor at Fordham University in New York City. "People just love it!"

He said that the singing telegram was a reaction to another invention: The telephone, which slowly but surely began supplanting and replacing the telegraph. As phone calls became more commonplace, people began using telegrams only for sending bad news.

"People began to associate a telegram with, 'Oh my god, Grandma died,'" said Levinson. "And so in the 1930s Western Union decided, 'Hey, we have to do something to humanize this medium.' And they came up with the idea of the singing telegram."

Over the decades, singing telegrams made their way into popular culture, From sitcoms and movies, right on up to "Sesame Street."

Western Union discontinued its own singing service in 1974. But singing telegrams live on in a somewhat flashier form.

Levinson said, "Over the years, there have been Kiss-o-Grams – that's nice; Stripper Grams – that's even nicer, or not, depending upon your point of view! And there are also people who dress in costumes."

Oh, boy, are there people who dress in costumes. Bernard Davis delivers singing telegrams in character as "Tinalicious."

Actor-singer Jon Shipley has delivered a few singing telegrams in his time. He's now the owner of American Singing Telegrams, the company that delivered Gabii's Valentine's birthday gram, and which employs Tinalicious, said, "We work with a lot of extroverts. Actors, singers. You have to be!"

Correspondent David Pogue asked, "And how about the recipient? Are they always delighted, or are they sometimes –"

"Oh, gosh, no!" Shipley laughed. "Not everybody wants to have a guy in a tutu show up in their office in front of them and start asking them to dance!"

And even after Valentine's Day is over, there's always a market for singing telegrams, from birthdays and anniversaries to congratulations and apologies.

Now, we have much higher-tech ways of sending greetings these days, from Snapchat special effects to live video calls.

"One of the things that people miss in our digital revolution is that we still are flesh-and-blood beings," said Levinson. "So, it makes sense that there would be an actual taste, and even a yearning for, more interpersonal interaction."

"So, you don't fear that this 'art form' is going to peter out any time soon?" asked Pogue.

"I think it's here to stay," Levinson replied. "It will continue." 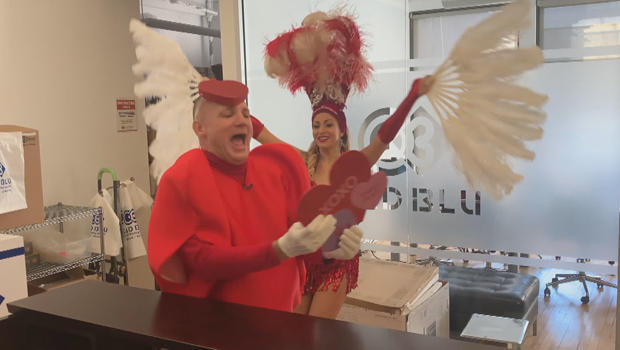 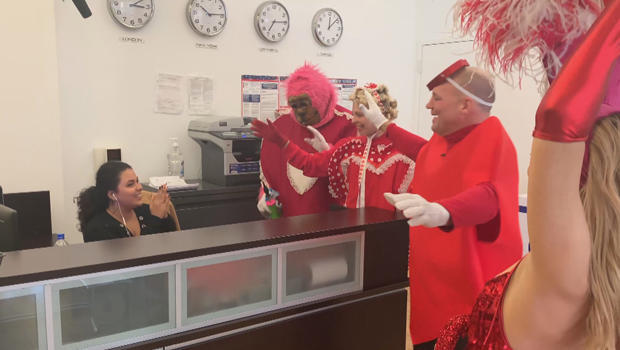 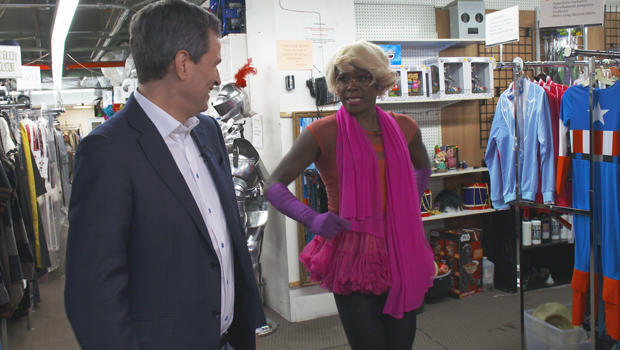