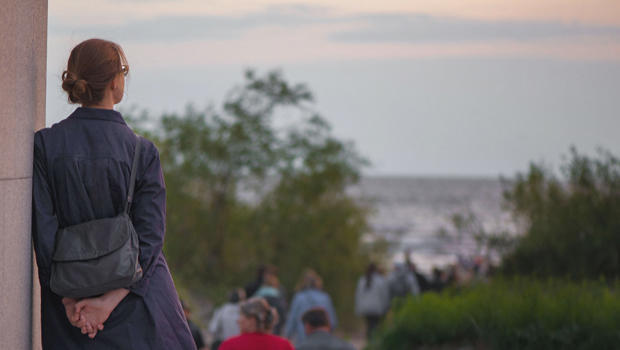 An avid musician, John Francis likes to let his banjo do the talking. And at one point, that was the ONLY talking he did. On his 27th birthday, he decided he had to do something really different – to not speak for an entire day. Just a day.

But that one day turned into two days, then a week, then a month. Ultimately, he did not say one word to another human being for 17 years.

That's right: At 27, Francis decided to stop talking, period. And he stuck with that decision until he was 44 years old. "There were about four times when by accident I did speak, when I bumped into someone at the grocery store, and I said, 'Excuse me,'" he told correspondent Susan Spencer.

He spent those quiet years hiking, camping, and making art. He says he really didn't miss conversation. It wasn't working for him anyway. "I would listen just enough to think I knew what someone was gonna say," Francis said. "And then I'd stop listening, which in effect cuts communication."

That feeling of being disconnected went hand-in-hand with something bigger: Loneliness. "I think I was lonely before I started this in the sense that I didn't want to be alone with myself. And that makes you lonely," he said.

But anyone who feels lonely is far from alone. According to a recent study, nearly half of Americans now say they sometimes or always feel alone, and one in five says they rarely or never feel close to anyone.

So, to be lonely, do you have to be alone?

"No," former Surgeon General Dr. Vivek Murthy. "Because it's about the quality of your connections with people. It's not just how many friends you have. It's about, do those friends know you authentically?"

It doesn't matter who you are, or even how old you are. "The assumption that many people often have is that it's older people who are lonely, but it turns out youth and young adults may have the highest rates of loneliness."

Spencer asked, "You think younger people may be more likely to be lonely than older people?"

"That's what some recent studies have in fact indicated."

And especially among millennials, the ever-present phone may in part be why. Among the people who use social media the most, the higher the odds are of feeling lonely.

Dr. Brian Primack at the University of Pittsburgh heads the Center for Research on Media, Technology and Health, says the more social media we use, the lonelier we are likely to be. "This is totally counterintuitive," said Spencer.

So, why would someone with 3,000 Facebook friends feel lonely? "One is this idea of social comparison," said Dr. Primack. "People are able to take 300, 400 pictures of themselves and post that one that makes them look like they are that much more thin or that much more attractive or that much more successful. The impression from the outside can easily be on social media, 'Wow, I can't measure up with my very normal life.'"

John Francis agrees that social media has contributed enormously to people feeling alone. "Someone said just recently to me that, 'If you have four really good friends, you're a lucky person,' [as opposed to] 4,000 likes."

Whether or not social media is to blame, loneliness is not unique to this country. The government of the United Kingdom has now created a Minister for Loneliness, to study why people are lonely, and then figure out what kinds of interventions might help smooth that out.

If the U.S. had a minister of loneliness, psychotherapist Traci Ruble might be it. "I believe that everybody gets lonely. Period," she said.

With that in mind, a few times a month Ruble and her team set up impromptu offices on the streets in San Francisco. They sit and listen to total strangers for free.

Spencer asked, "When you first proposed this idea, how did your colleagues react?"

"They thought I was crazy!" she laughed.

But four years later, her community listening project, called Sidewalk Talk, is 3,200 volunteers strong, in 48 cities around the world.

Spencer said, "But most people would think that, 'Well, I don't want to tell a stranger.'"

"Actually, people open up to strangers more easily than they do people they know," said Ruble. "A few months ago, I had a young guy sit down – he was just fresh out of college – and he said to me, 'I didn't realize that work was gonna be like this, that I would sit in a cubicle all day looking at a screen talking to no one.' And he didn't say anything else. He just sat and cried for about 10 minutes. And then he said, 'Huh, great, I feel so much better, thank you.' And then he left."

Spencer asked, "Which do you think is lonelier: to be with people and not feel that you're fully communicating, or to actually physically be by yourself?"

"The loneliest that I felt was when I was with someone," John Francis said, "but I was still lonely."

Francis started talking again in 1990. That part of his personal journey, he says, was over. "I climbed a mountain, and at this bottom of this mountain I was lonely. And on the way up, I found that, 'No, you're not lonely. You're just alone.' It just turned into solitude. And solitude was something that you craved, you wanted, you looked for."

Inspired by nature from early on, today at 72, Francis is an environmentalist, an author, and – remarkably – a compelling public speaker.

"Do you get lonely today?" Spencer asked.

It's the sort of happy ending that all the folks we met would like see more often.

Dr. Murthy said, "Our social connection is the foundation on which we build healthy and fulfilling lives."

Ruble said, "I would like people to start to notice how much they need actual connection. We need vitamins, we need vegetables, we need clean air, and we need connection." 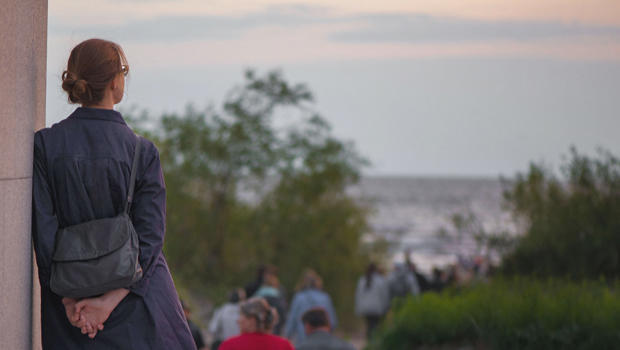 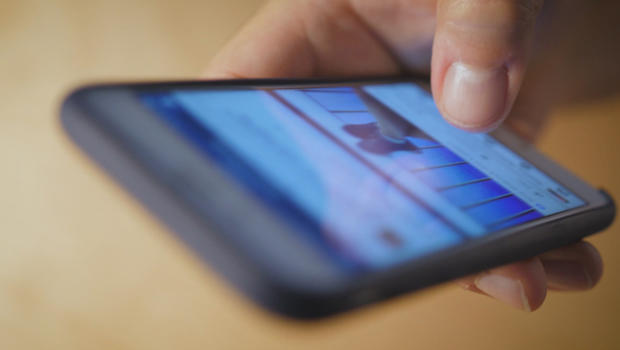