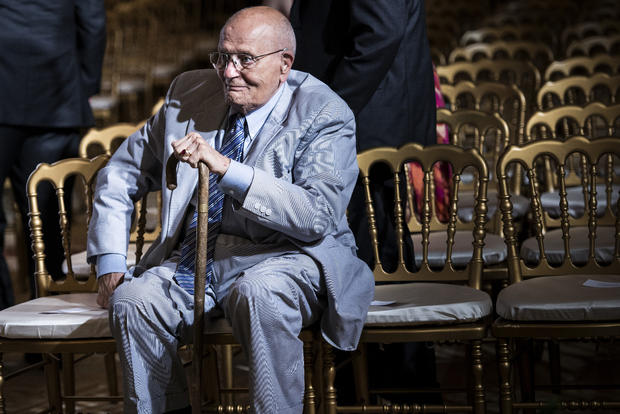 In 1955, Dwight Eisenhower was president, a stamp cost three cents and John Dingell of Michigan was elected to Congress from the same district his father represented for 22 years.

Eleven men would pass through the Oval Office by the time Dingell retired in 2015. He served 59 years — longer than anyone in American history. When he broke the record, Nancy Pelosi and Democrats literally did a happy dance. But his legacy is far more than longevity.

A longtime champion of health care like his father, when Lyndon Johnson led the drive to pass Medicare in 1965, Dingell was such a key strategist the president invited him to the Truman Library where it was signed into law.

Gruff, even snarky, some colleagues liked him, some didn't, but all agreed it was better to have him on your side. With biting wit, he always found a way to get an opponent's goat and he took quickly to the new craze: Twitter.

Constantly at odds with the Senate, he once tweeted: "I've been trying to repeal and replace the United States Senate since 1955. No luck."

Donald Trump was a favorite target. After the president shared a foul mood on Twitter, Dingell tweeted: "The greens must be tricky today."

But in the hours before he died, he told his wife Debbie, "Some occasions deserve more than 280 characters," and he dictated a remarkable series of reflections.

Recalling the great battles he had been a part of — medical care, cleaning up the environment, regulating dangerous products and civil rights — he said, "We observed modicums of respect even as we fought, often bitterly and savagely over issues that were literally life and death." The work is not finished, he said, but "we've made progress" and "we did it with the support of Democrats and Republicans who considered themselves first and foremost to be Americans."

It was a summation of the credo that marked his long career. "Compromise" is not a dirty word, but rather it is the honorable cornerstone of democracy.

With his father who came before him, and his wife who was elected to succeed him, the Dingells have represented Michigan in Congress for 86 years — and counting. 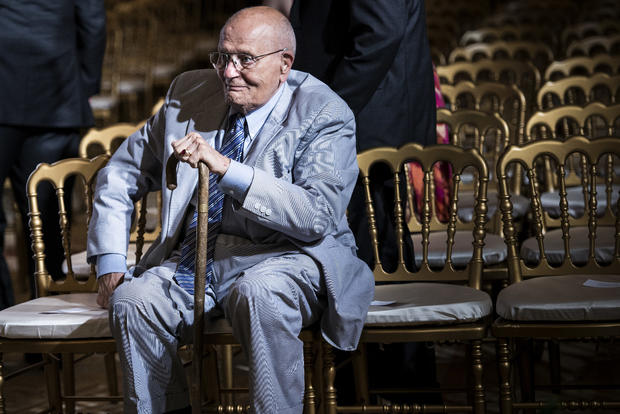 Suspect at large after fatally shooting 3 people in Washington state,...