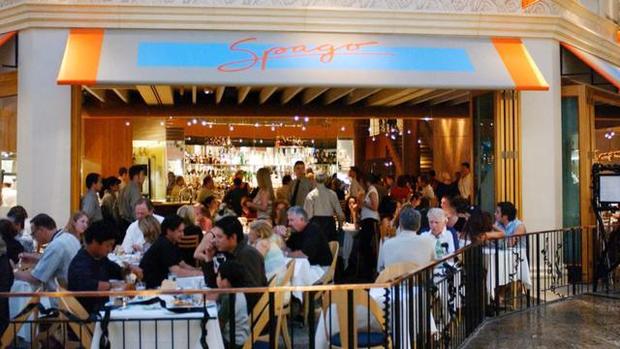 It used to be that gambling made up the vast majority of revenue at Las Vegas' resorts and casinos. Now, it represents less than half of the money that's brought in.

That's thanks in large part to visitors spending more time at the dining table.

Caesar's Palace president Gary Selesner said he has seen an unexpected shift over the last decade.

"We began to see younger and more diversified groups of people arriving in Las Vegas with different aspirations with what to do with their vacation and it turned out that one of the key drivers for many of these people became food," Selesner said.

It's a huge reversal of fortune for a city used to giving away meals to attract gamblers. Even before that change, though, there were culinary pioneers of Vegas like Elizabeth Blau, a respected restaurateur and author of the bestselling cookbook "Honey Salt." She's been called the "chef snatcher" for her ability to get celebrity chefs.

"It all started with Bellagio. Originally, when I did the deals for Le Cirque and Osteria del Circo … the idea was those were going to be the only two restaurants. But with more than 26 outlets in the hotel it was clear there was room for more and it was an exciting time," Blau said.

Blau echoes what many in Las Vegas told us: things began to change because of one celebrity chef who was an early adapter.

"It was really Wolfgang Puck who, you know, was that pioneer and he was the one that kind of really made everybody stand on edge and say like, 'Look, people are not just looking for a free meal in the casino.' I think that was really the big impetus for change," Blau said.

Puck loved Vegas not because of gambling but because of boxing. He said every time he went, though, there was no place he wanted to eat. So he took a gamble and opened Spago Las Vegas in late 1992, which at first didn't appear to pay off.

"I said, 'Oh my God. I made the biggest mistake in my life opening in Las Vegas.' There's nobody there," Puck said.

Then the place got a great review, he said. "Then came New Year's – was like an explosion," he said. "Customers everywhere. Standing in line outside from the restaurant and all of a sudden business went, like, from zero to 100," Puck said.

That concept of zero to 100 sums up what really matters in Vegas: the numbers – and it took a numbers man to convince the major players to go all in.

Damian Mogavero is the author of "The Underground Culinary Tour" and the creator of the hospitality software now used by the majority of restaurants on the Strip.

"You had six states back 25 years ago that offered casinos. Now 90 percent of the United States, 'cause nobody wants to lose the tax revenue, and that really made the casinos more of a commodity. And Las Vegas understood this trend and knew they had to diversify away from just being gaming," said Mogavero.

That meant stepping up the game in innovation even beyond restaurants, spilling over into custom hotel experiences, like the Nobu hotel hidden away inside Caesar's Palace.

The increase in quality goes beyond the dinner hour. High-end cocktail programs have come to Vegas in full force, like at the bars of the Venetian and Palazzo, and at massive DJ-driven nightclubs like Omnia.

"We have 40 million people coming through town every single year so that's a pretty big bulls eye to hit and to try and navigate, but for us it's about creating that experience – especially as we do have so many returning customers," said Andrew Pollard, who oversees the beverage program at Wynn Properties.

As the competition for high-end food and entertainment in Las Vegas continues to grow, the man who was there when there was no competition said it's a good thing.

"I'm actually really excited, especially about Las Vegas, that we were the first, and we had so many follow us," Puck said. "Competition is good, but, you know, you have always to work on it. You always have to try to get better in hospitality and in cooking." 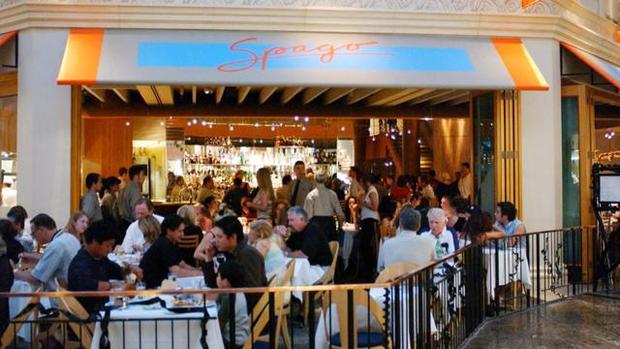