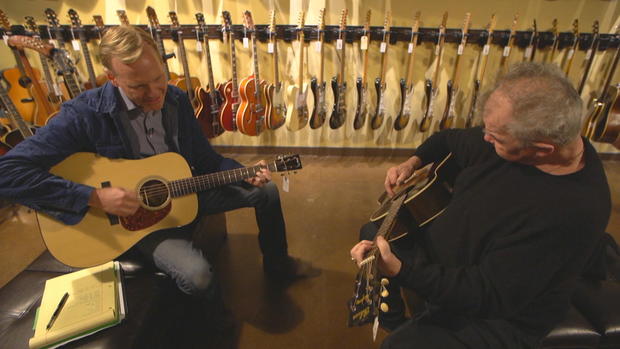 CBS News February 7, 2019, 10:23 AM John Prine, decades into his legendary career, has never been more popular

John Prine knows how to tell a story. He can either make you laugh or put a lump in your throat. And for more than five decades, the singer-songwriter has played his own kind of music.

Bob Dylan, Johnny Cash, Bruce Springsteen and Kacey Musgraves have all admitted to being envious of his talent. Music legends like Bette Midler and Bonnie Raitt have covered his classics, like "Hello In There," from his 1971 debut album, and "Angel from Montgomery," whose lyrics are at the Country Music Hall of Fame.

It's been 47 years since Prine earned his first Grammy nomination for best new artist and since then, he's won two. But at the age of 72, Prine has never been more popular. It's the kind of late career success that is Thanksgiving gravy to a man with a devoted following who's long been admired by his peers.

"Make sure you write something you like," he told CBS News' John Dickerson at his home in Nashville. "'Cause the worst thing that could happen is it becomes a hit, and everywhere you go, and every day of your life you'll be expected to sing that song … 'cause it might go to number one and tag, you're it."

In his favorite room at home, where a Christmas tree stands year-round, Prine and his wife Fiona display an early — and highly unfavorable — review of one of his shows. The headline? "As entertaining as a dog bite."

After a positive review from film critic Roger Ebert, his shows filled up. Ebert declared him a "singing mailman who delivers a powerful message in a few words," for Prine's habit of writing songs, like "Sam Stone," along his route in suburban Chicago.

In 2018, he released his first album of new songs in 13 years. This time it was Fiona and son Jody who said "it's time to make a record" and sent him to a hotel to focus. He arrived to his suite with three guitars and 10 boxes of unfinished lyrics.

A week later, he walked out with the "Tree of Forgiveness," the album that's become a top-five hit, earned Prine three Grammy nods and launched a year of shows starting with a sold-out Radio City Music Hall.

He's approaching the new success with a new point of view. He's fought off cancer twice, losing parts of his neck and lung and giving his voice a more gravely edge.
"There's part of me that's grateful for the lesson that cancer teaches you … no matter how much you thought you enjoyed life, you just enjoy it just that much more," Prine said.

Despite his recent success, the last song Prine performs at every show comes from his deepest roots: "Paradise" lyrics are dedicated to his parents' hometown, from the album that started his career. 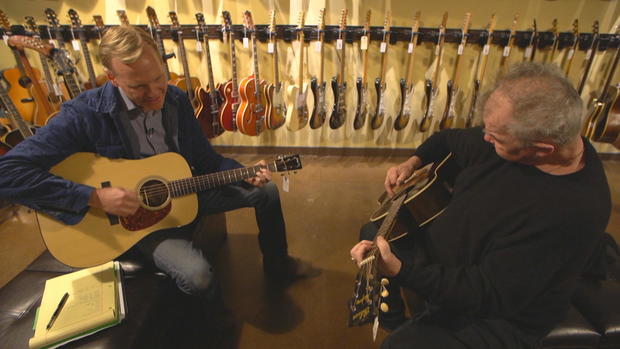