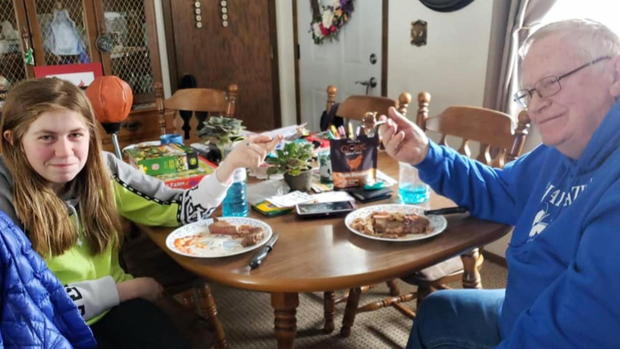 The Wisconsin man accused of kidnapping Jayme Closs and killing her parents is due in court Wednesday morning. Jake Patterson faces two counts of first-degree intentional homicide, one count of kidnapping and one count of armed burglary.

Jayme was held captive for 88 days before she managed to escape last month. Some of the 13-year-old's loved ones are planning to attend Wednesday's preliminary hearing, which is meant to gauge the strength of the prosecution's evidence. They told CBS News' Jamie Yuccas she's been making steady progress dealing with her trauma.
Michelle Saffert is friends with the Closs family. She said that since coming home, Jayme has spent time with loved ones, and in therapy. Asked if she feels like Jayme is healing, Saffert said, "I do."

"I don't think any of us can really know what she's going through but I think that if she has to be with a group of people that will love her and support her for the rest of her life, she's in the perfect family to do that," Saffert said.
This week, the Closs family released a picture of Jayme enjoying a steak dinner with her grandfather.

On Wednesday, Jayme's alleged kidnapper will face a judge in person for the first time.

"We've never talked about him or any of that kind of stuff, and I hope we never have to," Saffert said.

Investigators revealed last week they had obtained call logs, photos and videos from Patterson's cell phone, which was in the front seat of his car when he was arrested. According to the criminal complaint, Patterson shot and killed Jayme's parents in October as they tried to protect her.

He allegedly confessed to targeting the teenager after seeing her get on a school bus. He is accused of holding her captive in his house until she broke free nearly three months later.

A criminal complaint filed earlier this month details Patterson's confession of killing James and Denise Closs and kidnapping Jayme. He told investigators he took her to a remote cabin, sometimes hiding her under his bed for hours, until she escaped.
Charlie Glynn and Richard Jones are Patterson's public defenders.
"Well, these cases by their nature are very, very difficult cases," Glynn said. Added Jones, "We have a responsibility to review everything … we have to conduct our own investigation."

Saffert said no matter what happens with the suspect, Jayme will be okay.

The question before the judge Wednesday is whether there's enough evidence against Patterson to proceed to a trial. Patterson is not expected to enter a plea and is being held on $5 million bail. 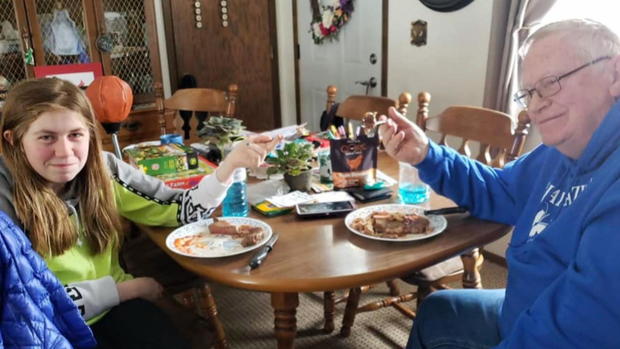