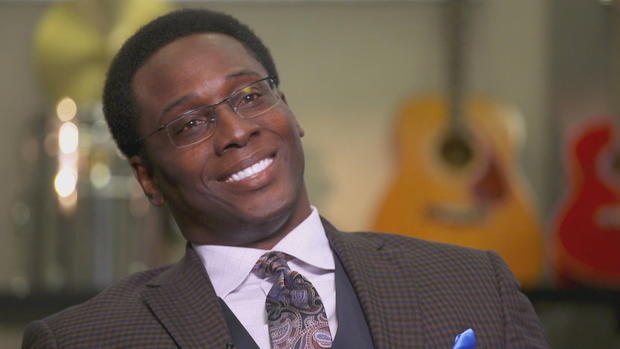 The power of the advanced women's chorus at West Orange High School in Winter Garden, Florida, is in more than the voices of its singers. It comes from chorus director Jeffery Redding's philosophy.

Growing up one of four boys, Redding could always count on two things: his music and the love of his mother. He lived in a single-parent home and his mother, a school cafeteria worker, had little money but plenty of support. She taught Redding that circumstances don't make the person, and now he's taken that message and paid it forward.

"Dr. Redding – he's very adamant about passion and purpose and making sure that everyone is accepted," said one of his students, Mekeyla Griffin.

Redding is the winner of this year's Grammy Music Educator Award, which recognizes those who have made a lasting impact on students and music education. Redding was selected from more than 2,800 initial nominees from all over the U.S.

"The first thing is when a student walks into your room they're people … you treat them as equals. The first thing you may see is someone's color, someone's weight, someone's this, that and the other. But when they sing, you see their spirit," Redding told CBS News contributor Jamie Wax.

Spirit like the one in senior Darby Lestin, who first met Redding as a freshman.

Growing up, all Redding wanted to do was sing, but when he got a chance to conduct as a graduate student he found a new calling and a way to give back. What you see when you watch him interact with his students is a man who has built a family – something he said he learned from his mom.

"Raising four boys by herself, she taught us that regardless of what goes on on the outside, you can be the very best version of yourself," Redding said.

He's now passing that on to his students by serving them, to honor his mother.

"I am nothing without them. I can't make chairs sing," Redding said.

"The best way I can make my mama proud is saying, 'Every sacrifice that you made for your boys – thank you.' I can't, I can't repay her. I can't. That's all I can do. And hopefully serve others how she served us," Redding said.

If you listen to the chorus, they'll tell you he's done just that.

"I just want him to know that all the work that he put into me … is not gonna be lost, and I just want to be able to give him all of my love and support, like, no matter what and always be able to be there for him, like he was for me," Lestin said.

Another one of his students, Cameryn Lease, said Redding gave her an identity.

"That's what he's given me. That's the single greatest thing. He's given me my identity," she said. 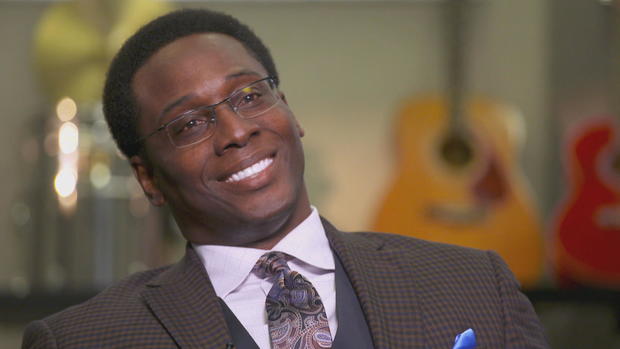