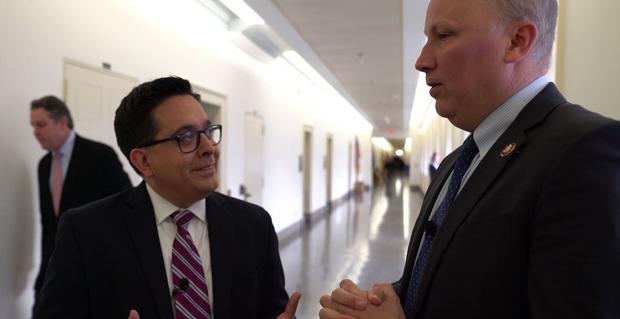 By Ed O'Keefe CBS News February 5, 2019, 4:13 PM Texas Rep. Chip Roy wants Trump to make his case for a border wall at State of the Union

Republican Rep. Chip Roy represents parts of Texas, but also President Trump's base of support: Conservative Republicans who want more border security now. While the latest CBS News poll shows 66 percent of Americans don't think a border wall is worth the president declaring a national emergency, nearly three in four Republicans think it is, and Roy wants the president to keep fighting.

"I don't think we should necessarily seek to shut down the government, per se. I have no problem with us saying, 'Look, we're going to keep debating this, we're not ready to pass this bill,'" Roy said.

More than a month into the shutdown, Roy left Washington to visit his home district in Texas, which stretches from Austin to San Antonio. A Democrat hasn't won in this deep-red district since the 1970s.

CBS News was with him as the shutdown — which caused 800,000 federal employees to miss two paychecks — came to an end. Congress is now negotiating the fate of the border wall with another shutdown looming in just 10 days.

Roy, a first-term member of the minority party in the House, has little say in what goes on in Washington.

"It makes absolutely no sense to the American people when they watch what happens in this body and they wonder how the people's House leaves them with an unsecured border," Roy said.

Roy said he wants the president to give an "honest assessment" of what they see at the border.

"I want the president to make that case directly to the American people," he said. "Think we ought to keep fighting and not blink until we either get it done or the voters get to speak in 2020." 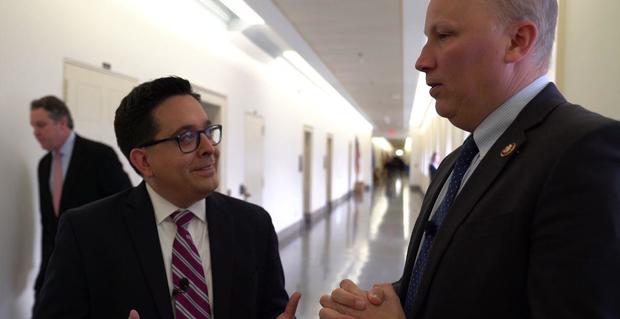 Dax Shepard reveals he relapsed after 16 years of sobriety