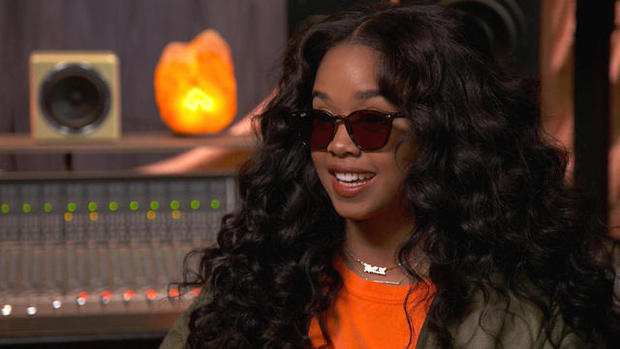 She simply goes by the name H.E.R., and at 21 years old, the R&B singer-songwriter is up for five Grammy Awards including best new artist and album of the year.

"I don't really have the words for it. I definitely feel like, wow, I'm exactly where I'm supposed to be," H.E.R. told "CBS This Morning" co-host Gayle King. She said when she couldn't fall asleep at night as a kid, she used to imagine her acceptance speech.

"Like, me up there, and you know, I would see Alicia Keys, you know, in the audience, and—"

"Right, which is crazy."

H.E.R. doesn't only sing. She plays the guitar, bass, drums and piano. Born Gabriella Wilson, she was a child prodigy who had performed on national TV by age 10.

"I was just having a good time," H.E.R. said. "I just loved music so much. I was going to regular school. I would fly to New York… play an Alicia Keys song, leave. The next day, I'd be on the playground having a good time. You know, like a normal kid."

"When did you realize this thing that you do, that you were really good at it, in terms of your voice?" King asked.

"I don't know if I ever realized it. I think the people around me did before I did. I just did it 'cause I loved it," H.E.R. said.

"You didn't think you had a good voice?"

"I guess I kind of had a little bit of a cockiness about me as a kid. Like, yeah, I could do this, you know," she responded.

Since her days as a child star, H.E.R. has taken on a new persona. It's why she never performs without her signature glasses. She said she wants to keep the emphasis on the music and for some things to remain a mystery.

Asked about how she went from Gabi to H.E.R., she said "it wasn't much of transformation."

"But more so like a transition," H.E.R. said. "I was always trying to figure out who I was as an artist… I started to experience, you know, what becoming a young woman was like."

She said those were tough years for her."That's that time period where… your insecurities form, you start to second guess, you're —everything is, you know, the end of the world," H.E.R. said. "I just remember saying… I'm never gonna be this girl that falls for the wrong guy. I'm never gonna do this, do that. I'm gonna be smart about it, and perfect."

"It didn't go very well. I actually experienced those mistakes. I experienced, you know, my first heartbreak… and I've always kind of internalized everything. But music was my way of expression," she responded. "I said, 'I'll never be that girl.' I became H.E.R."

H.E.R. stands for "having everything revealed."

"And what are you revealing?" King asked.

"I can't even see your face. You're not revealing everything."

"Right, I guess, everything below the surface. Because that's who I am. It's not what you see… it's all about my message," H.E.R. said.

The artist said she has more purpose now than a few years ago.

"I was talking about how two years ago… I made a vision board, and I put down all these goals… A Grammy nomination was on there. But now I have five," H.E.R. said. "And it's like, wow, the power of really seeing what your life can be, and making that vision come to life is just — it's crazy." 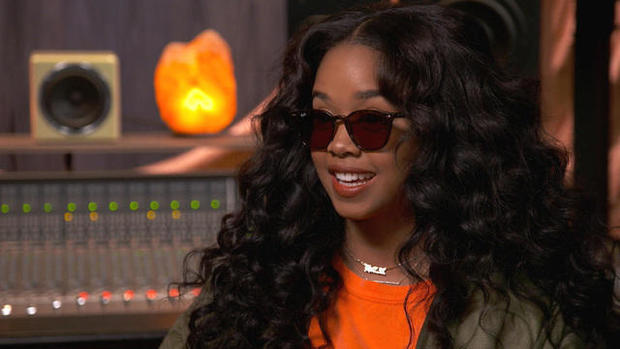 Judge extends deadline for absentee ballots to be received in Wisconsin