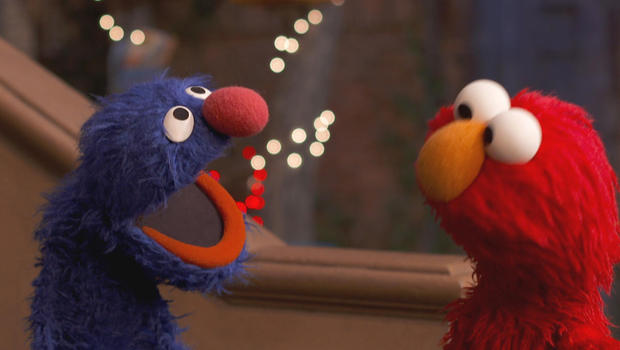 You know the song, and the neighborhood. But after five decades on the air, you still may not know how to get there. Well, just hop a train to Queens, New York to find "Sesame Street."

It's taken a dedicated crew of performers, cameramen, puppet wranglers, and more to shoot over 4,000 episodes of "Sesame Street," including the 50th season which premieres later this year.

Dick Maitland, who's been there from the beginning, makes every single sound effect heard on the show. He says there's a secret to working on "Sesame Street": "Every day I come to work, I put on a little pair of glasses. And it says, 'I am four years old' on it.' And through that lens, then I can create the world that they see."

Correspondent Serena Altschul spoke to two very important monsters who are part of that world: Elmo and Grover.

"You know, one of the most important things that Elmo and Grover and everybody is learning is how to be kind," Elmo said.

"It's very important to be kind to one another," Grover added.

"What are some of the other things?" Altschul asked.

"Elmo thinks treating people the way you would like to be treated is very important," Elmo added.

"Yeah, that's deep. I like that," Grover said. "I'll have to write that one down. As soon as I learn how to write."

Jeff Dunn, the CEO of "Sesame Street," wants to continue the vision that the founders – TV producer Joan Cooney and Carnegie Corporation executive Lloyd Morrisett – had in 1969: "I think our mission, to help kids grow smarter, stronger and kinder, is infused throughout the organization," Dunn said. "Our co-founders had the wonderful idea, 'Could you use the power of television to help teach less advantaged kids and get them ready for school?' And what they knew was that kids who arrived to kindergarten knowing their ABCs and their 123s, were ahead of kids that didn't.

"So, if we could figure out a way to help kids arrive at school ready to learn, that would be a big contribution."

To help capture kids' attentions, a young puppeteer, Jim Henson, and his invention, The Muppets, were brought to "Sesame Street."

Altschul said, "The Muppets are the secret weapon, aren't they?"

"It's really remarkable," Dunn said. "If you see kids with a Muppet, you will see them, they'll be just completely captivated."

And in the effort to reach everychild, special Muppets have been developed to address issues like homelessness, autism, and even children with parents in prison. Plus, "Sesame Street" is now seen in 150 countries around the world.

Back on set, the eyes and ears of millions of children are in good hands. Matt Vogel, who plays the Count, and Martin Robinson, who is Telly, are two of the puppeteers that give life to the world of "Sesame Street."

"I see myself as an actor," Vogel said. "I just happen to be an actor from my elbow up!"

"People always ask us, 'Oh, you do the voices, too?'" said Robinson. "The key to these characters is, you know, you've got all the physical technique to make the puppet look real. But it's really just a vehicle for the acting."

They agreed to give Altschul a little lesson, showing her how to use her thumb to manipulate the jaw of a puppet. "Not easy at all," she said.

Well, it's not child's play, but it's certainly fun.

And on "Sesame Street," job number one is and always has been one thing. As Elmo described it, "Elmo just wants everybody out there to spread the love."

And Grover agreed: "Spread the love, like peanut butter on a sandwich!" 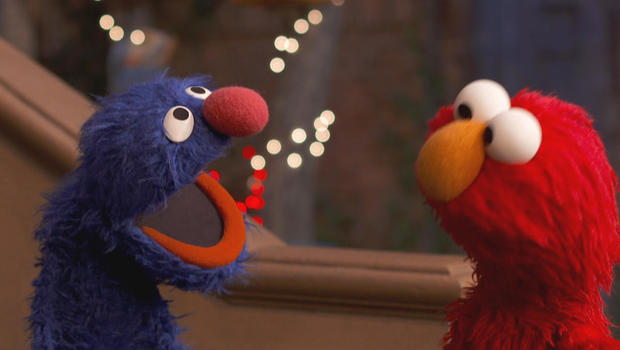 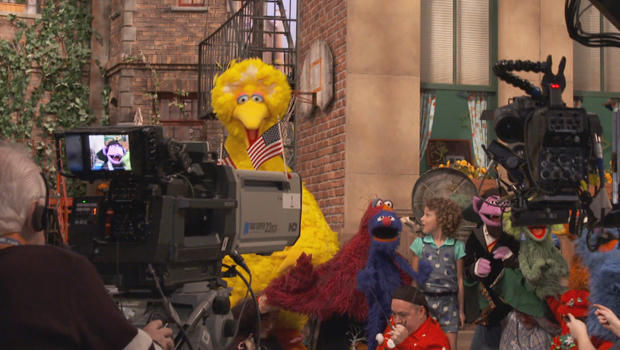 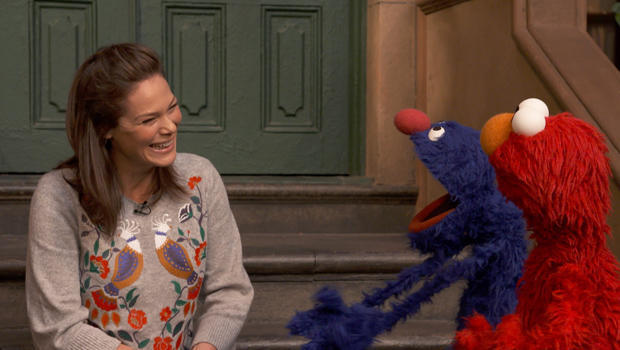 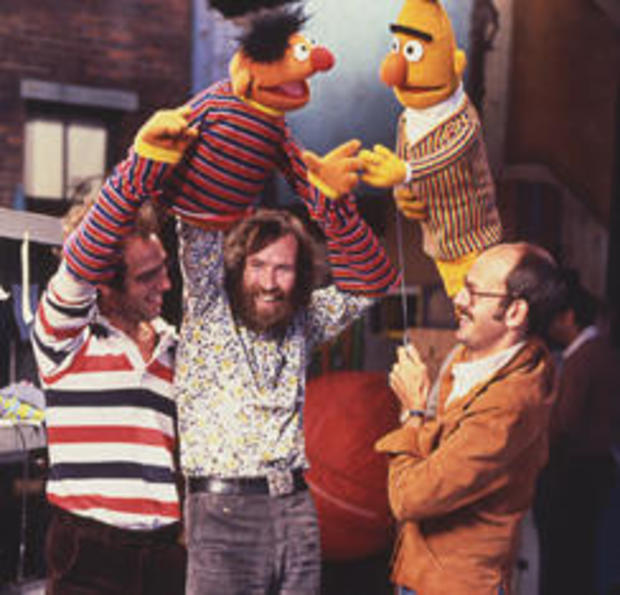 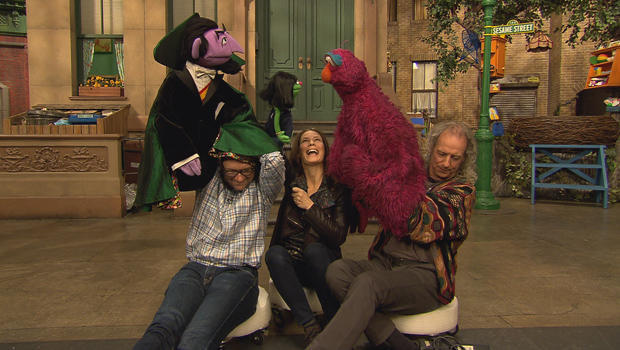