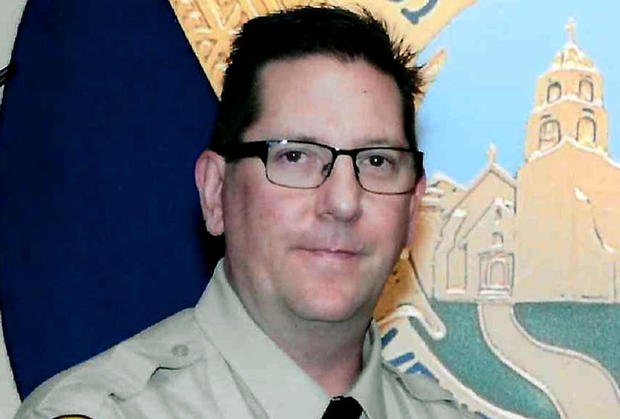 Thousand Oaks, California — The New England Patriots are favored to win the Super Bowl but the Los Angeles Rams may be the sentimental favorite. Amid tragedy and heartbreak over the past year, the Rams have proven a dedication to their community on and off the field.

Thousand Oaks, California, where the Super Bowl-bound Los Angeles Rams train is just four miles from the Borderline Bar and Grill where 12 people were gunned down in early November.

Less than a day later, came the wildfires. Rams team Captain Andrew Whitworth was among many forced to evacuate.
"The shootings happen, the fires are going crazy, you just kind of feel extremely helpless," Whitworth said.

Karen and Jordan Helus are the widow and son of Ventura County Sergeant Ron Helus, who died a hero confronting the shooter.

"Just when you kind of start losing hope, you know, in the goodness of people, we saw just a tremendous outpouring," said Karen Helus. "He always did that. He put us before himself put his guys before himself. That night, he put everyone else before himself."

Leading by example, the team did that as well, honoring the first responders. Whitworth donated a game check worth $60,000 to the shooting victims' families
"This is just a simple way to wrap my arms around the community and say thank you and I'm here for you," Whitworth said.

Karen Helus hadn't yet seen the photo of her embracing Whitworth. She said going through her mind upon seeing it is there is a "lot of love there."
"He was a very nice genuine guy," said Jordan Helus. "You could tell he meant everything he was doing everything, he was saying. Everything was intentional. It wasn't because he had to. He wanted to."
With the Rams now in the Super Bowl, the team invited the Heluses to Atlanta.

"We were very excited," Karen Helus said. "Just a little. A lot, actually!"

Whitworth said he wouldn't call it "weight" he is carrying on the community, but more of "an opportunity to do something special that, you know what, these guys went through this, this happened in our area, they were there for us, how cool would it be for all of them to see us win."

In so many ways, they already have. 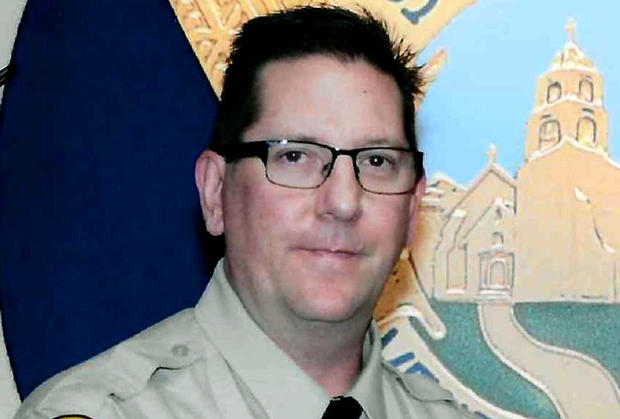