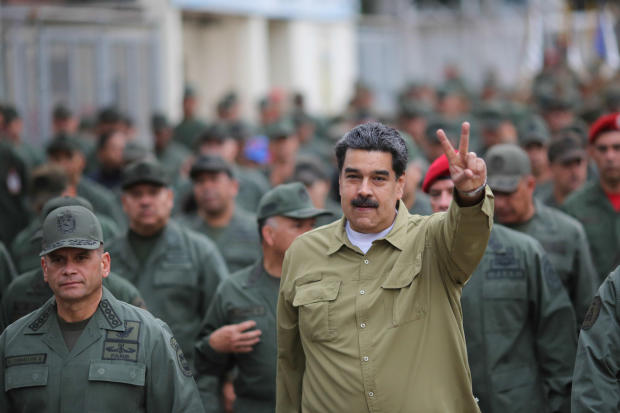 Caracas, Venezuela — Waving flags and chanting "freedom," Venezuelans hit the streets again on Wednesday in a peaceful demonstration against the country's embattled President Nicolas Maduro. His rule, they say, has ruined Venezuela.

"We want free and decent elections, we deserve them," said protester Maribel Quevedo.

"We have fought for 20 years against this (government), we can't take it anymore," added Maciel Trejo.

The man leading the anti-Maduro fight joined the protesters on the streets of in Caracas. Juan Guaidó, head of Venezuela's congress, the National Assembly, has been recognized as interim president by the United States, along with Canada, the European Union, the Organization of American States and more than a dozen Latin American nations.

But Maduro still has the firm backing of some international allies, including Russia and China. Closer to home, Mexico and Cuba are also maintaining relations with his regime.

In an op-ed in Thursday's New York Times, Guaidó called for more global support to try and pressure Maduro's military commanders into abandoning him.

"The military's withdrawal of support from Mr. Maduro is crucial to enabling a change in government," he wrote.

The U.S. government is also trying to increase the pressure on Maduro from within his country's borders. Vice President Mike Pence is expected in Miami on Friday to meet members of the Venezuelan exile community, and give robust remarks expressing the Trump administration's backing of Guaidó.

President Trump himself congratulated Guaidó in a tweet on Wednesday for his, "historic assumption of the presidency."

But Maduro has doubled down. Yesterday state television broadcast pictures of him calling on gathered troops to defend their commander in chief and, for now, the military appears to be standing firm.

Maduro also had a warning for the United States, issued in a direct appeal to the American public — in English — via a tweet. He claimed the Trump administration, "intends to turn my Homeland into a "Vietnam war" in Latin America. Don't allow it! "

The Trump administration has left all options on the table to support Guaidó as he tries to solidify his power — and to defend him from Maduro, if necessary.

The White House's new envoy for Venezuela policy, Elliot Abrams, said Wednesday that Maduro's "regime has not acted against him (Guaidó) in some time and I hope that is because they recognize that he has the support of the vast majority of Venezuelans."

Aviation bloggers noted that two U.S. military planes — including a giant C17 cargo aircraft — paid a visit to neighboring Colombia on Wednesday. Colombian media reports, citing U.S. officials, said no American troops got off the jets to stay in Colombia, and the U.S. military has long cooperated closely with Colombia's forces.

However, Voice of America's Steve Herman called the visit by the C17 "unusual," and coming just days after Mr. Trump's National Security Adviser John Bolton was seen holding a notepad with the words "5,000 troops to Colombia" scrawled on it, the four-hour stop by the C17 has piqued interest in the region.

Guaidó, who says his Western-backed, parallel Venezuelan government is in secret talks with some elements of the military, is to address the country later on Thursday. 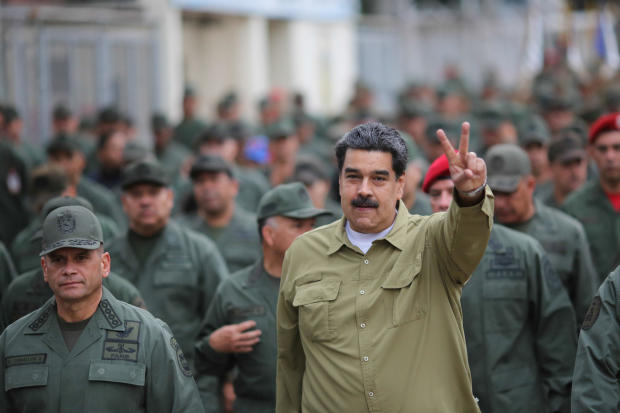 Buffalo police no longer required to wear names on their uniforms

Where does the media's portrayal of bisexuality go from here?