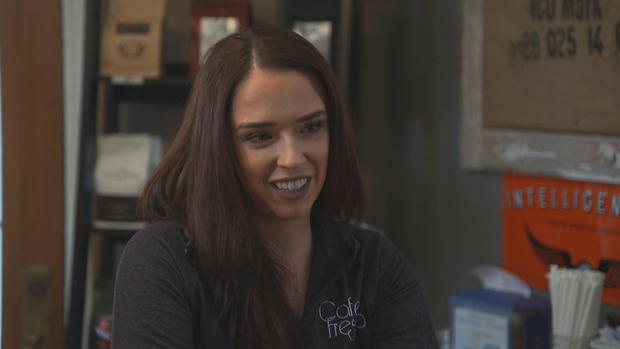 On a corner in Crown Point, Indiana, sits a café at the heart of the community. Every day at Café Fresco a small staff bustles behind the counter brewing coffee and inspiration with handwritten encouragement on its cup sleeves.

"Believe there is good in the world. Be the good," is owner Breanne Zolfo's favorite.

"Well, I just hoped that it would, like, add some positive light to their day. Because it's not everyone gets to experience that in the day," Zolfo said.

Customer reaction was overwhelming — so she took it further by challenging them to perform good deeds for a free cup of joe.

Some of those challenges include putting money in a Salvation Army kettle, paying for someone else's coffee, and giving food to the homeless. Zolfo estimates she's given out thousands of free cups of coffee.

The fabric of Crown Point is tightly knit and for Zolfo, serving that community goes well beyond the walls of her café. Instead of pocketing the cash from the store's tip jar, she pays it forward every month.

One day she used the money to surprise shoppers at a nearby supermarket by paying for their groceries.

"We had this one person that, he was homeless, and we had bought a bike for him. And he came back two years later after we had purchased the bike for him, and he said, 'You don't know how much you've changed my life. Like, because you bought me a bike, I got a job, and I got an apartment.' And see, even talking about him makes me cry," Zolfo said.

"I hope that it's spread positivity throughout, like, not just this community, but other communities that are around us … and for us to play a small part in a lot of people's lives is the most amazing feeling," Zolfo said.

It's a java-inspired boost the entire community can rally behind. 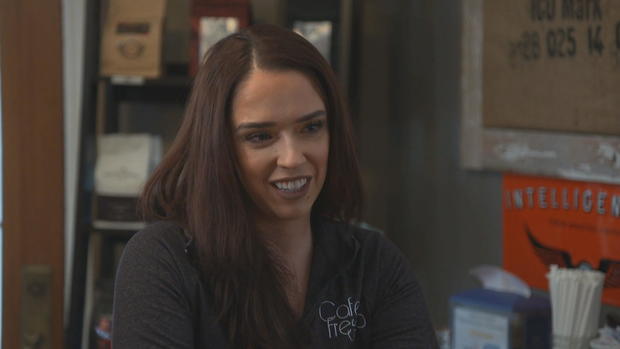