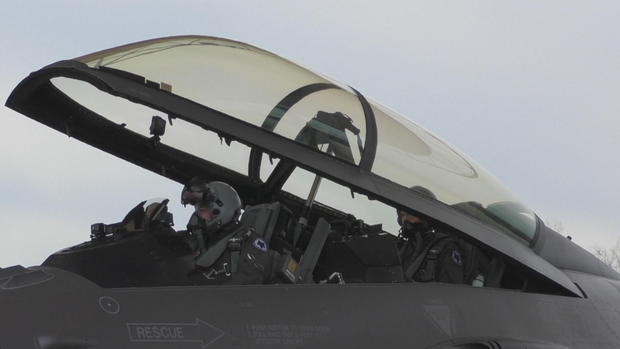 McEntire Joint National Guard Base,S.C. — A massive security operation is underway in Atlanta, with thousands of police and other officials ready to protect Super Bowl LIII. But in the sky that duty goes to another force.

If you fly too close to the Super Bowl on Sunday, you will see an F-16 jet fighter, followed by orders to leave the area immediately — or else.

CBS News flew with Lt. Col. Andrew Thornton in the backseat on a training mission before the big game. The F-16 took off from a National Guard base in South Carolina, accelerating down the runway at full throttle. The training mission never left the state but on Sunday F-16s will be flying over Atlanta, patrolling a 30-mile restricted flight zone around the stadium.

Any suspicious plane entering that zone will be intercepted, like a Cessna, flown by the Civil Air Patrol. For the exercise, it played the role of an intruder. Traveling two to three times faster, the F-16 pulled up alongside, rocked its wings and peeled off.

"It's basically saying, 'Hey, look at me, and i'm going to give you some follow-on information.' What we'll do is we'll rock our wings and then slowly turn away. That's a symbol usually to follow," Thornton said.

If the civilian plane fails to respond, the next maneuver is called a head butt. The F-16 cuts right in front of the other plane.

"If you're a general aviation pilot flying around and you have an F-16 a thousand feet in front of you, you notice it," Thornton said.

Since 9/11 when these patrols began, there have been hundreds of intercepts over places like the nation's capital and events like the World Series. It always turns out to be an innocent, or stupid mistake. If it looks like an attack, only the Secretary of Defense, or if he can't be reached, the head of the North American Aerospace Defense Command, can order a plane shot down.

"We would always execute the rules of engagement that NORAD put forth. And we're prepared to do that," Thornton said.

The best thing that could happen on Sunday is that you enjoy the game, but two F-16 pilots will be too busy flying to watch the game. 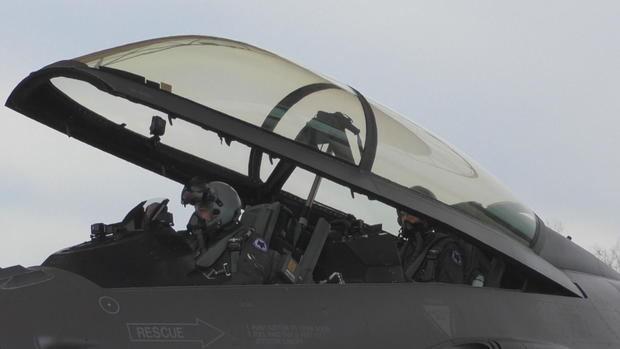 Bill Gates Sr., father of Microsoft co-founder, has died at 94

Lady Gaga on her stage persona and why she gave up...