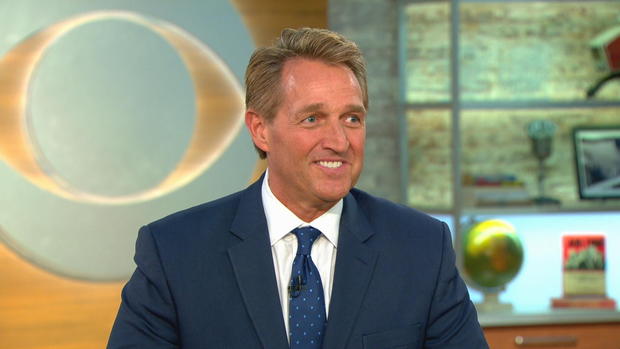 Former Sen. Jeff Flake will not be running in the 2020 presidential race, he confirmed Tuesday on "CBS This Morning." The Republican from Arizona, who is joining CBS News as a contributor, said "there really isn't a path right now" that he could see.

"I've always said that I do hope that there is a Republican who challenges the president in the primary. I still hope that somebody does, but that somebody won't be me. I will not be a candidate," Flake said on "CBS This Morning."

Describing it as a difficult path, Flake said "the RNC and the president's campaign are now melded."

"They're trying to do everything they can to squelch any opposition," Flake said.

Flake, who emerged as an outspoken Trump critic among the GOP during his final year in the Senate, added, "I'm not a fan of this president."

In a Washington Post opinion piece in October 2017, titled "Enough," Flake worried about Mr. Trump's feuds with Gold Star families, "moral ambiguity in the face of shocking bigotry," and "damage to our democracy and to the institutions of American liberty."

In November 2018, he called on Republicans to "move beyond the cult of Trump's personality."

Asked about former Starbucks CEO Howard Schultz's consideration into running as an independent, Flake said he could see it playing out if someone "far left" is nominated in the Democratic Party and the Republicans nominate a "weakened" president.

"That's difficult to see, but stranger things have happened, and I think we're living in strange times," Flake said.

Flake will also contribute to a new "CBS This Morning" series called Common Ground – stories that shine a light on opposing groups coming together.

"Common ground might be dead in Washington, but it's alive and well everywhere else – on city councils, in state legislatures, any kind of association or group, people find common ground. It just often doesn't translate into something in Washington," Flake said.

He gave the example of criminal justice reform in Texas, which was eventually picked up in Washington.

"It was one of the rare examples where common ground found at the local level translated into action in Washington. There can be many more examples of that. And that's what this series will look at, those areas of common ground around the country," Flake said. 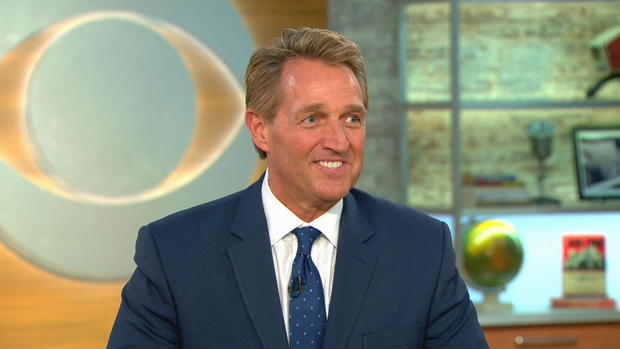