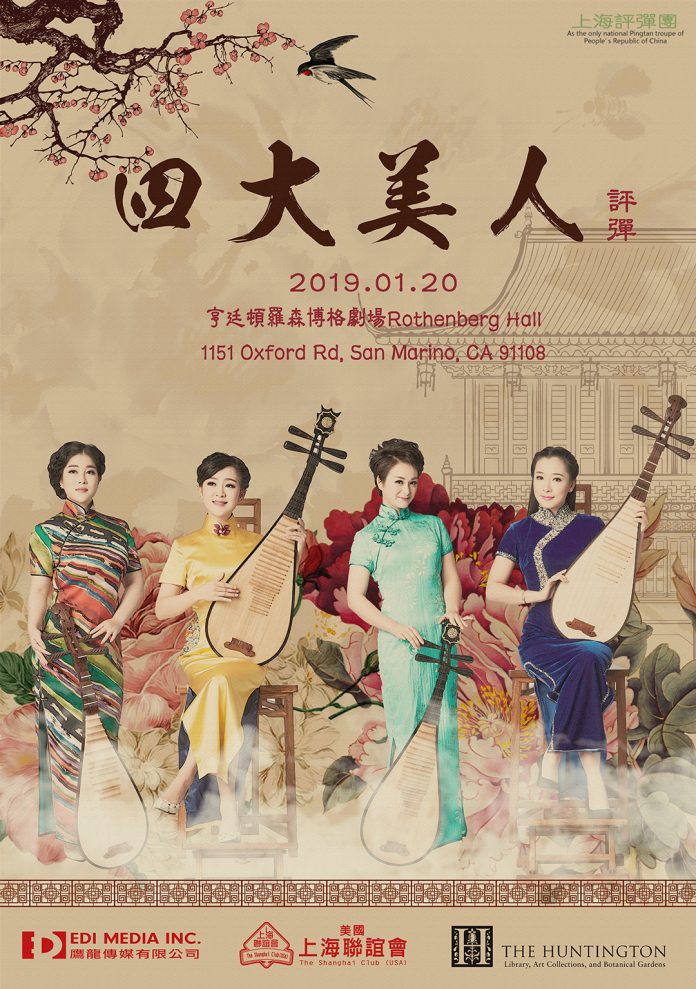 The Chinese Pingtan “Four Beauties” debuted in Los Angeles on January 20, 2019 at the renowned Huntington Library. It was jointly held by EDI Media Inc., Shanghai Club USA and Shanghai Pingtan Troupe to show the richness and depth of Chinese traditional music to the U.S. 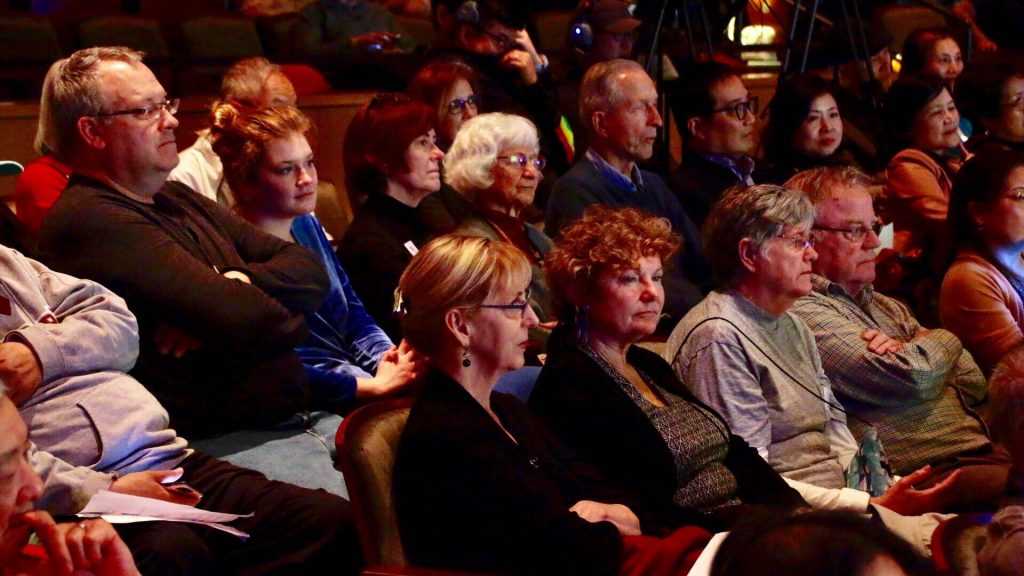 The history of Pingtan can be traced back to the Ming dynasty. Pingtan is historically known for its unique and charming feature in showing Quyi art, which is an ancient Chinese musical category in the Jiangnan region . Pingtan has been considered as an existing legacy in this day and age representing the essence of Quyi art for more than 400 years. 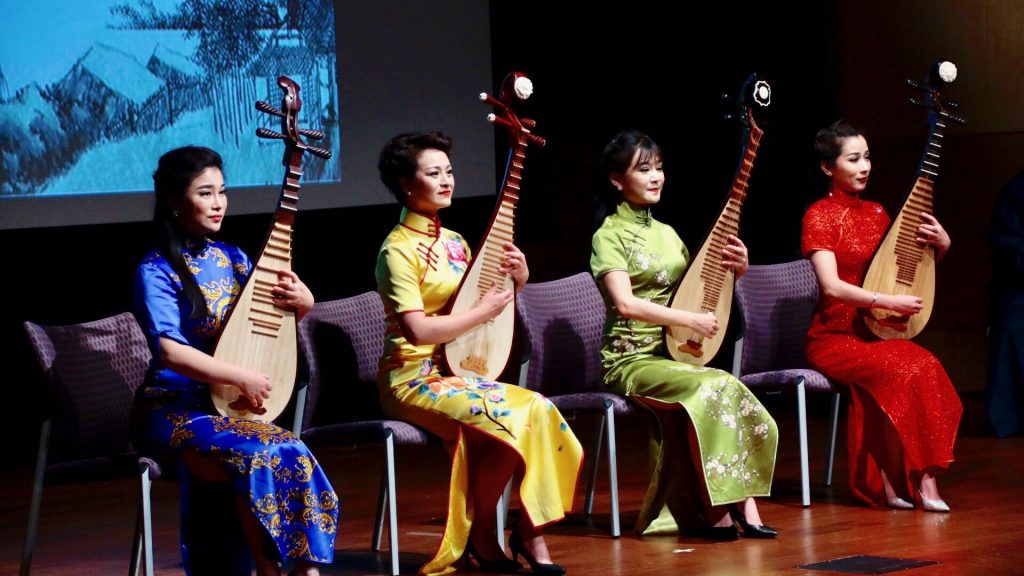 Chinese Pingtan “Four Beauties” is a new version of Pingtan. It is a series of novellas composed of stories of the four Chinese greatest beauties: Xishi, Zhaojun, Diaochan and Guifei. There are 14 biographies in the whole story, which can be written into a chapter or a series of performances independently. Pingtan “Four Beauties” does not put emphasis on portraying the appearance of the four ancient Chinese greatest beauties, but highlights their dauntless sacrificing spirit for national interests in major historical events through a new perspective. The wonderful performance of Shanghai Pingtan Troupe made the audience fully appreciate the rich connotation of Chinese traditional culture.

Judge extends deadline for absentee ballots to be received in Wisconsin